It’s unforgettable hearing an IndyCar for the first time as it accelerates out of a hairpin turn and careens down scenic Shoreline Drive, the deafening roar of its engine shaking Long Beach’s palm trees as it pushes close to 200 miles per hour.

That adrenaline-boosting sound can be a transformative one, and it was just that for at least two Southern California natives—Jimmie Johnson, 45, and Colton Herta, 21—drivers fulfilling childhood dreams this weekend at the 46th Acura Grand Prix of Long Beach.

Despite their first experiences with the Grand Prix being separated by about two decades, the American drivers share a sense of homecoming and reverence for the 1.97-mile street course that inspired their mutual need for speed in an open-cockpit vehicle with an aerodynamic downforce so strong that it could actually drive upside down in a tunnel. 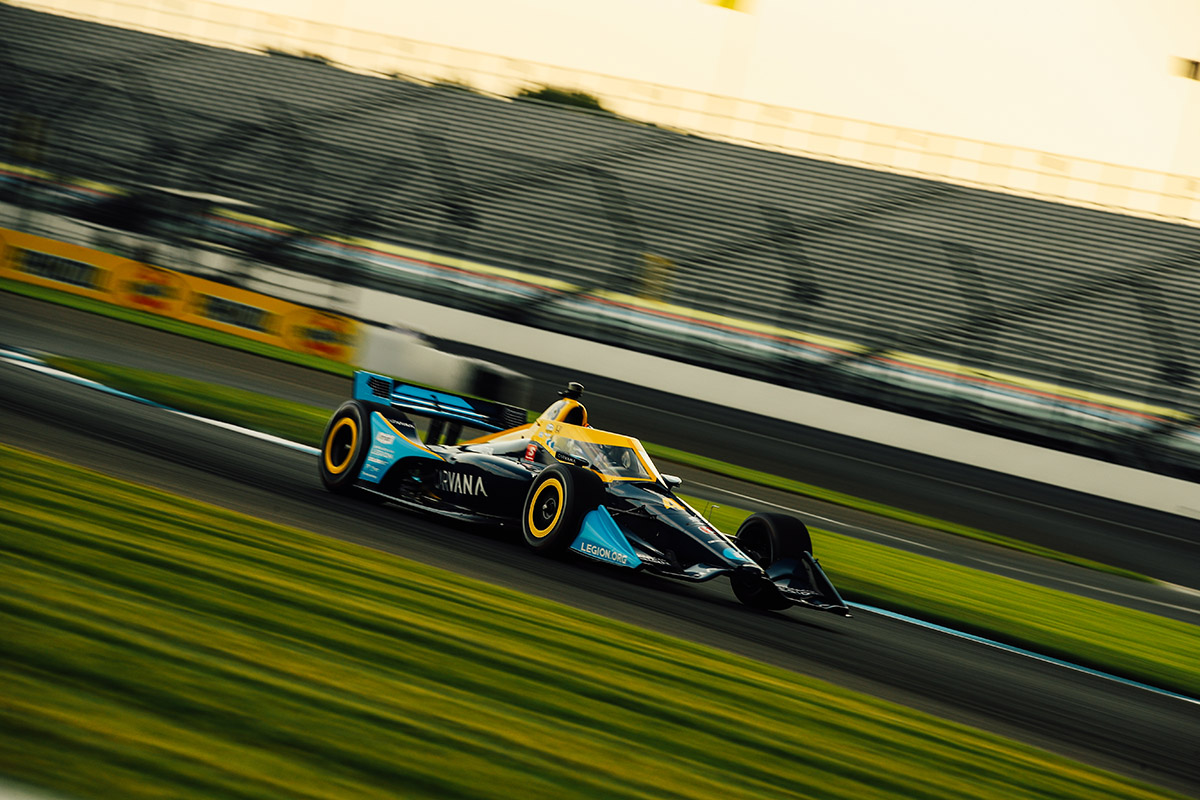 “I remember the roar of the cars on the track below the bridges, and I decided then and there that I wanted to race in IndyCar,” said Johnson, who won a record-tying seven NASCAR Cup Series championships in his legendary detour in stock car racing before getting on the road this year with IndyCar.

“NASCAR ended up being my career path, but Long Beach always had a special place in my heart,” said the kid from El Cajon who started out racing motorcycles at just 4 years old and became one of the greatest NASCAR drivers of all time.

Now looking to make his mark in open-wheel race cars, as his wife and two daughters cheer him on, the No. 48 car driver with Chip Ganassi Racing said, “I absolutely cannot wait to race at Long Beach, and I’m going to take it all in, all weekend long.”

Among the Americans racing with Johnson for a spot on the podium will be another rising star from SoCal; Herta, who was born in Santa Clarita and attended his first race in Long Beach when he was just a few weeks old, is the youngest person ever to win an IndyCar Series race.

“I consider Long Beach my home race. I grew up going to it, and it has always been my favorite besides the Indy 500,” said Herta, who was born with racing in his blood. His dad, former IndyCar driver Bryan Herta, is his son’s team strategist.

“I have a ton of memories throughout the years of being in Long Beach and watching my dad race, and that makes it more special for me now being in it myself,” the No. 26 car driver said. “This was the race I looked forward to most when I was growing up.” 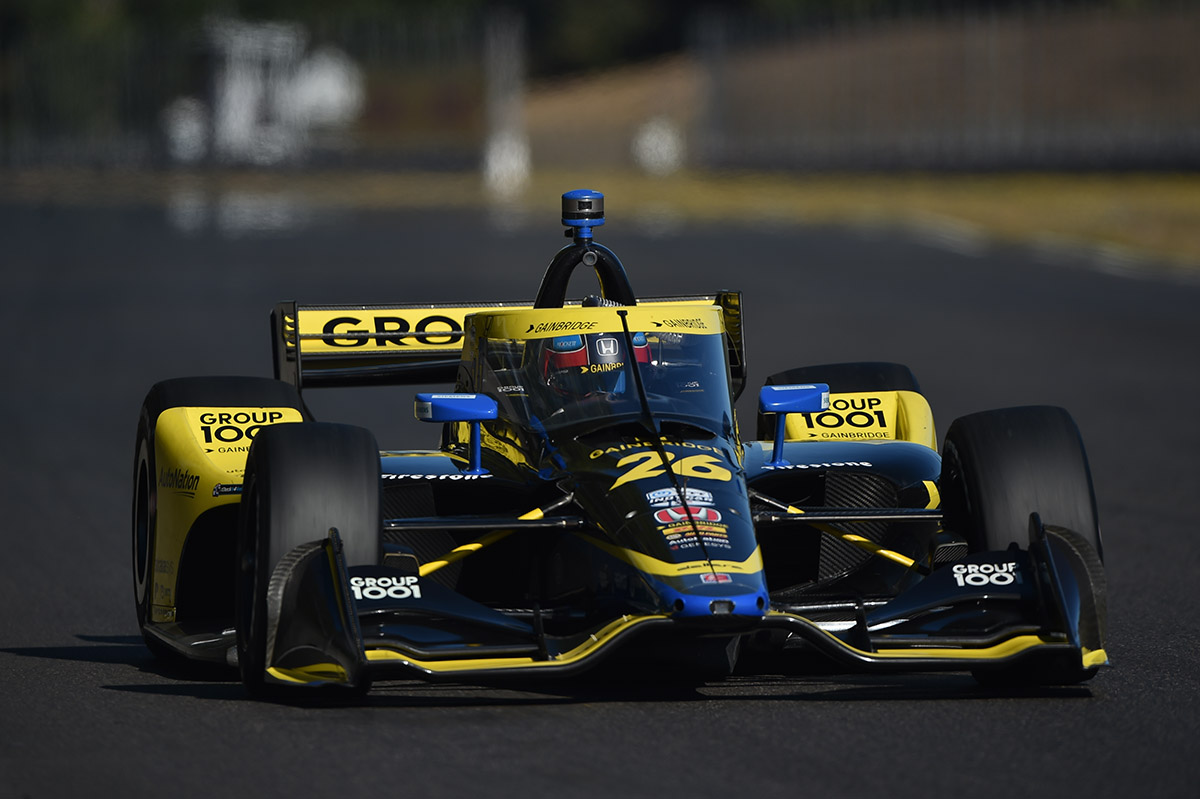 Herta, who got into kart racing as soon as his feet could reach the pedals, raced in Long Beach for the first time during his rookie year in 2019. The experience was bittersweet though—Herta was consistently running in the top 10 until Lap 50, when he came in too hot for a turn and slammed into a wall.

There was no race in Long Beach in 2020 due to the pandemic, so this weekend will be Herta’s first time back, and he’s seeking redemption—taking what he learned from that race and those since to hopefully earn a rubber-burning victory lap.

That victory is a real possibility since Herta, in his two seasons with Andretti Autosport, has collected three wins and four poles and finished third (2020) and seventh (2019) in the IndyCar Championship standings.
As both men shift into gear for race weekend, strategizing their way through an 11-turn street course that will send them barreling inches away from other cars and the white concrete walls around the track, they’ll be right where they want to be.

“It was a dream to race here, and now it’s becoming a reality,” Johnson said. “Don’t give up on your dreams.”

The 2021 NTT IndyCar Series consists of 16 races; Long Beach is the final stop on the schedule. The 85-lap race takes place at 12:45 p.m. on Sunday, and tickets are available now at gplb.com.