It’s impossible, of course, to distill a man—who he was, what he did—into a single word, and yet so many people use “extraordinary,” when discussing Brian Sholty. That’s fitting, of course, considering the other words used to describe him:

Ordinary terms for ordinary qualities available to everyone but, when wielded with the kind of passion and consistency of someone like Brian Sholty, able to accomplish great things, and, whether it was as a husband or father, coach or as Director of Theaters and Production for the Long Beach Convention Center, he did.

There’s a good chance you’ve never heard of Brian Sholty, but if you lived in Long Beach or had an occasion to attend an event at its Convention Center, Performing Arts Theatre or marveled at the spectacle of some special event like the annual Christmas Tree lighting, Brian Sholty affected you.

Sholty, 50, who passed away Jan. 5, headed an outfit charged with creating, through lighting and staging, the many times extraordinary experiences spanning musical to dramatic, wonder to grief. 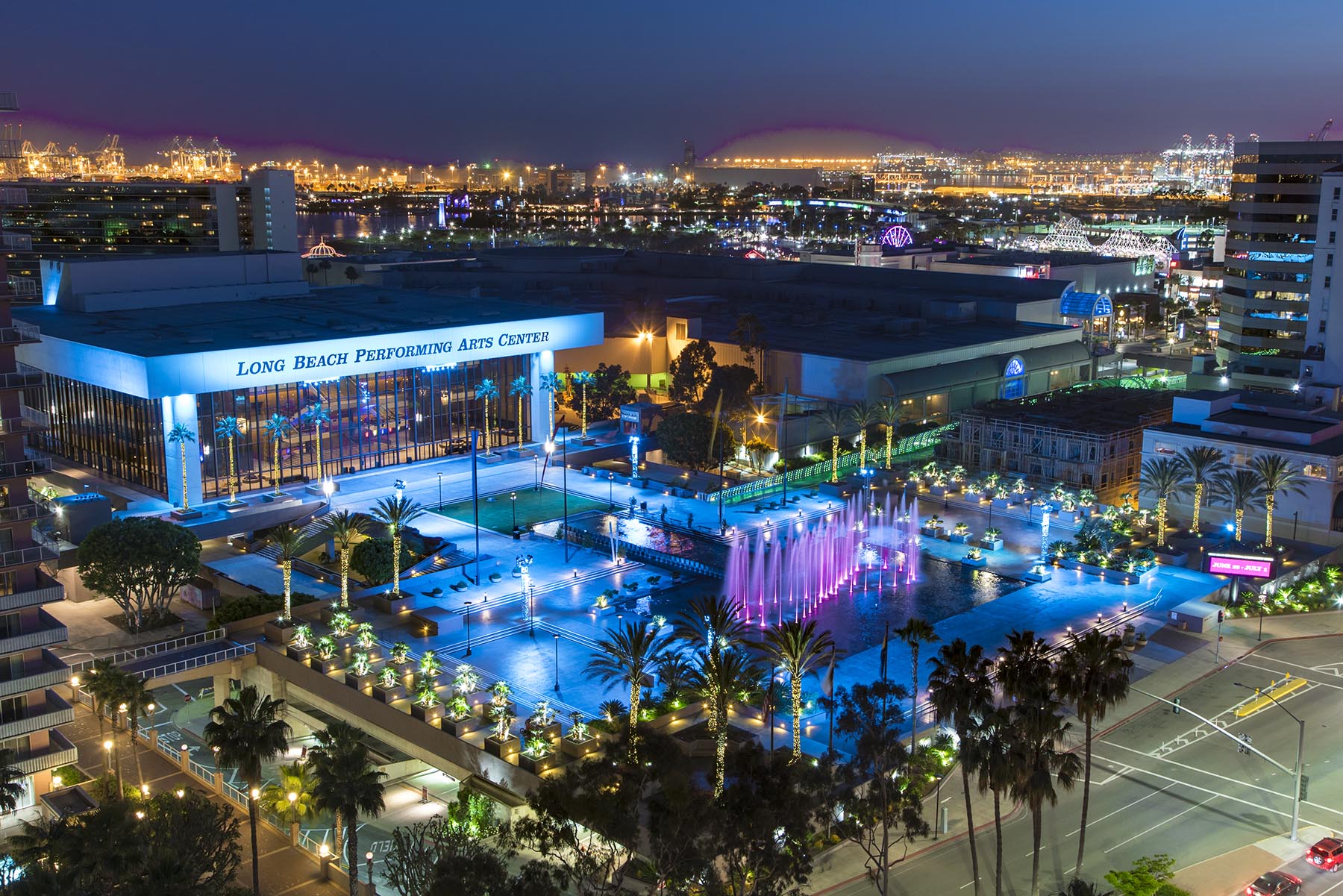 When Fire Captain David Rosa was slain in the line of duty, the city of Long Beach turned to Sholty to help construct a memorial service needed by a city in mourning. Jake Heflin of the Long Beach Fire Department knew Brian would be able to create the right feeling, one that would both honor and heal, because “Brian cared, he just cared so much.”

Jennifer Rivera, executive director of the Long Beach Opera, said he was “helpful” and “kind.”

Charlie Beirne, general manager of the Convention Center and the man who elevated Brian into his director’s position—”Best thing I ever did,”—remembers sheepishly asking Brian if he might help him make a dramatic entrance at a charity event by rappelling down about 10 feet from the rafters?

“Sure, but let’s make it 20 feet,” said Brian, who then taught Charlie how to rappel.

On Facebook, a man whose son Brian had coached in Little League, perhaps summed things up most recognizably by noting he was “honored” to have known Brian because he “was just a really good dude.”

That comment was left under something Brian’s son, Brian—the father went by Sr.—had written to note his father’s passing. There were other comments, hundreds, actually, common when someone dies. But Brian had heard these same things about his father when was alive. How beloved he was by colleagues, how he’d affected the trajectory of so many young lives as a coach, some of whom he would ferry to practice, sometimes several towns over, so that they had the opportunity to play.

He’d heard of the big things, the extraordinary things his father had accomplished in Long Beach, in Norwalk where he was Little League president and in La Mirada, where they lived, where he was a coach and a really good dude.

He knows they’re true, he says, because he saw it every day in the way his father treated his wife, Tanya.

“He showed me what true love meant every time he looked at my mother,” wrote Brian who said he remembers the first time he noticed it as a boy of 7, strolling through Target with his parents, seeing his father gently take and hold his mother’s hand. That moment, that ordinary moment remains the indelible image of love for him now as a young man in his 20s.

It was those things, what some might call little things, that the father demonstrated time and again to his sons, Brian and Jonny, what really lasted: love, dependability, kindness, consistency. 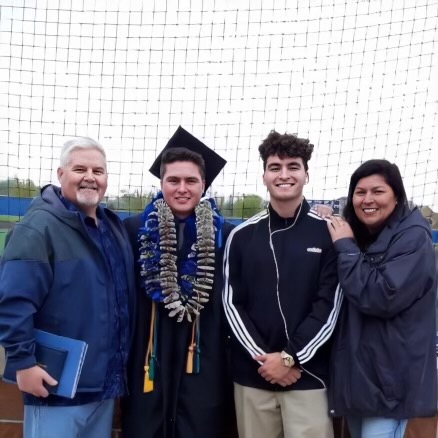 “Unconditional love,” Brian said. “For your family, for your neighbor. For my Dad, that was just being a human being.”

Brian saw it, heard it every evening when his father would call Tanya to let her know he was driving home. Heard it in countless stories, one of his favorites being about his father as a standout linebacker at Norwalk High—he set tackling records that stood for years—who told a young girl he’d met and fallen in love with that he would not speak to her on Fridays, game day, because he was convinced it would somehow weaken his resolve. Still, on each of those Fridays, he had a bouquet of flowers delivered to the girl, Tanya’s, house.

“My Dad paid for those flowers himself, his family didn’t have money, he had jobs pretty much from the time he was 12,” Brian said. “But it was important to him that my Mom knew he was thinking of her. God knew what he was doing when he put those two together.”

The story is recognizable to just about anyone who has worked with or known Brian Sholty. Going beyond, doing more than expected, traveling beyond ordinary, was at his core.

Steve Goodling, President and CEO of the Long Beach Area Convention & Vistors Bureau remembers surveying the Performing Arts plaza not that long ago with Brian, knowing that Long Beach’s annual Christmas Tree lighting ceremony would be closed to the public this year due to pandemic concerns.

“Brian suggested that where the two stages had usually gone during the evening celebration, we replace those with more, lighted Christmas elements,” Goodling said. “It was another example of Brian thinking outside the box and he was absolutely correct. We immediately ordered more dccor and it made the plaza more stunning than the year before.”

Of course, he had accomplished as much the year before. Jeff Forney, of the Convention & Vistors Bureau, remembers walking the same plaza with Brian in 2019, though this time it was jammed with people, decorations and performers.

“I tried to congratulate him,” Forney said, “but he told me it wasn’t about him, it was about all those people, about their experience. The success was in the joy we saw in those faces. He created that. That’s what mattered to him, he lived that.”

A Go Fund Me has been set up in support of Brian’s family during this time.

One response to “Brian Sholty”