An industrial accident at the Port of Long Beach Sunday afternoon injured three workers, according to authorities.

A tube used to transfer petroleum coke from a storage ship to ships at Pier F partially collapsed, according to Port of Long Beach spokesperson Lee Peterson.

The collapse occurred around 4:35 p.m. and three workers were injured, according to Long Beach Fire Department spokesperson Brian Fisk. Two of the injured workers were transported in stable condition to area hospitals, said Fisk. A third worker was treated for minor injuries, said Fisk. 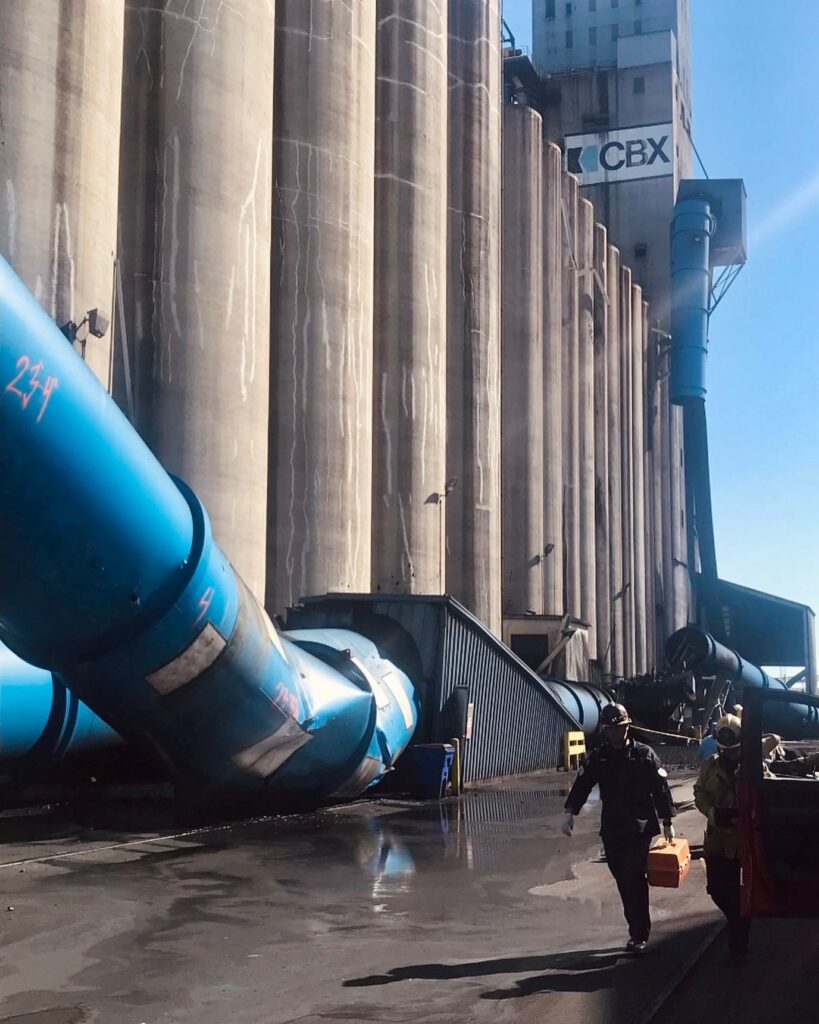 A total of 13 LBFD units responded to the accident, including the department’s urban search and rescue unit, said Fisk.

The collapse sent a cloud of smoke and dust into the air that could be seen from Downtown.

Petroleum coke is a byproduct of oil refinement and is exported, according to Peterson.

The cause of the collapse is currently under investigation.