In 1969, when Bonnie Price decided to have a home built for herself behind her legendary honky tonk the Foothill Club in Signal Hill, she acquired the services of New York-based architect Rudolph A. Matern.

And maybe Matern—who had developed a bit of a reputation for building and writing about how to build—1950s-style homes, might have been a touch insulted when Bonnie handed him a picture of renowned Long Beach-based architect Edward Killingsworth’s “Spaulding Residence,” a mid-modern home Killingsworth designed for a client in Piedmont in the East Bay near Oakland. It remains the only residence Killingsworth designed outside of Southern California.

The house, at 1905 St. Louis Ave., was just a small portion of Bonnie’s empire on the hill. As owner of not just the Foothill, but the Hillside, another nightclub on Signal Hill, and Algiers Bar on First Street in Downtown Long Beach, she amassed enough money to purchase some 30 homes on Signal Hill. 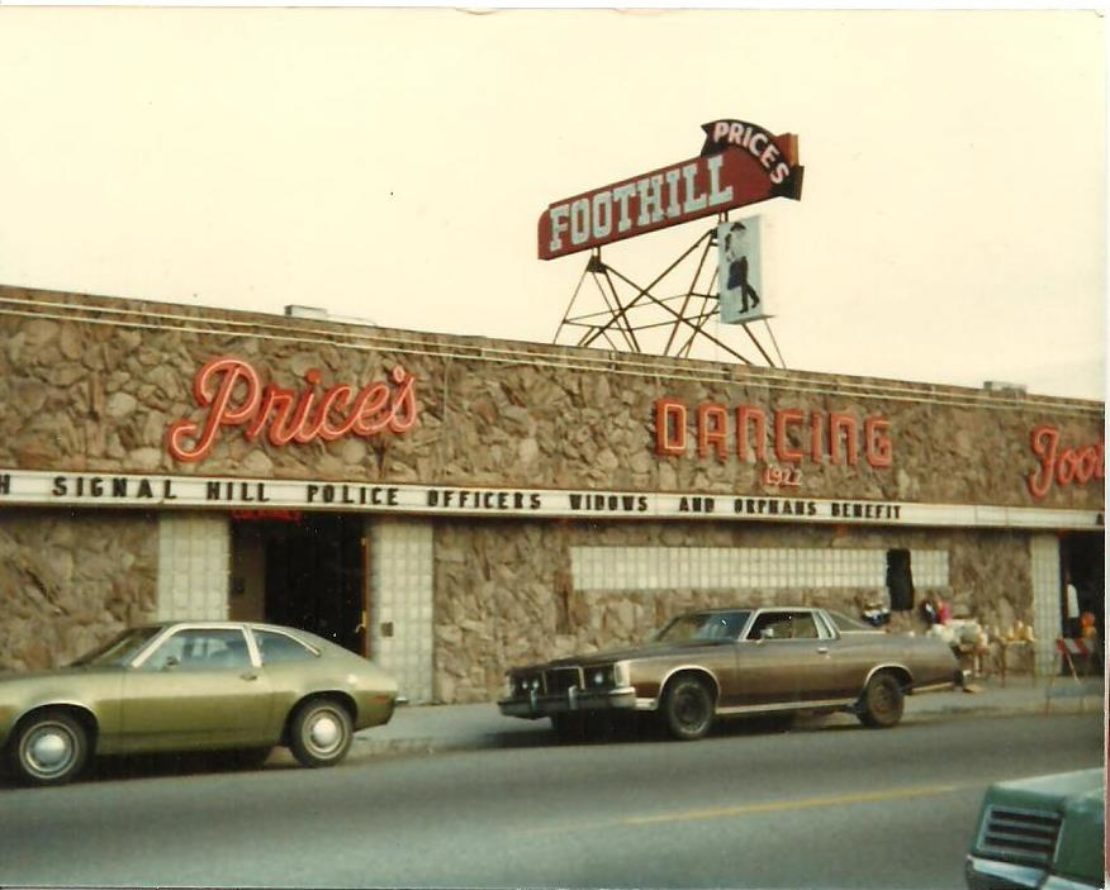 With the Foothill being demolished in 2000, the former Price place may be the closest thing the city has to Country-Western-Swing-Rock shrine, just by a glance at the talent that may have visited the home before or after their set in the cavernous club.

For decades it was a Western and Country-swing dance hall and bar with a stage that’s been used by a staggering roster of world-famous musicians: Johnny Cash, George Jones, Merle Haggard, Buck Owens, Patsy Cline, Jerry Lee Lewis, Tanya Tucker, Willie Nelson and many, many more, along with a sturdy house band, Billy Mize and the Tennesseans, with the late Blasters pianist Gene Taylor playing blues and boogie-woogie tunes between sets. 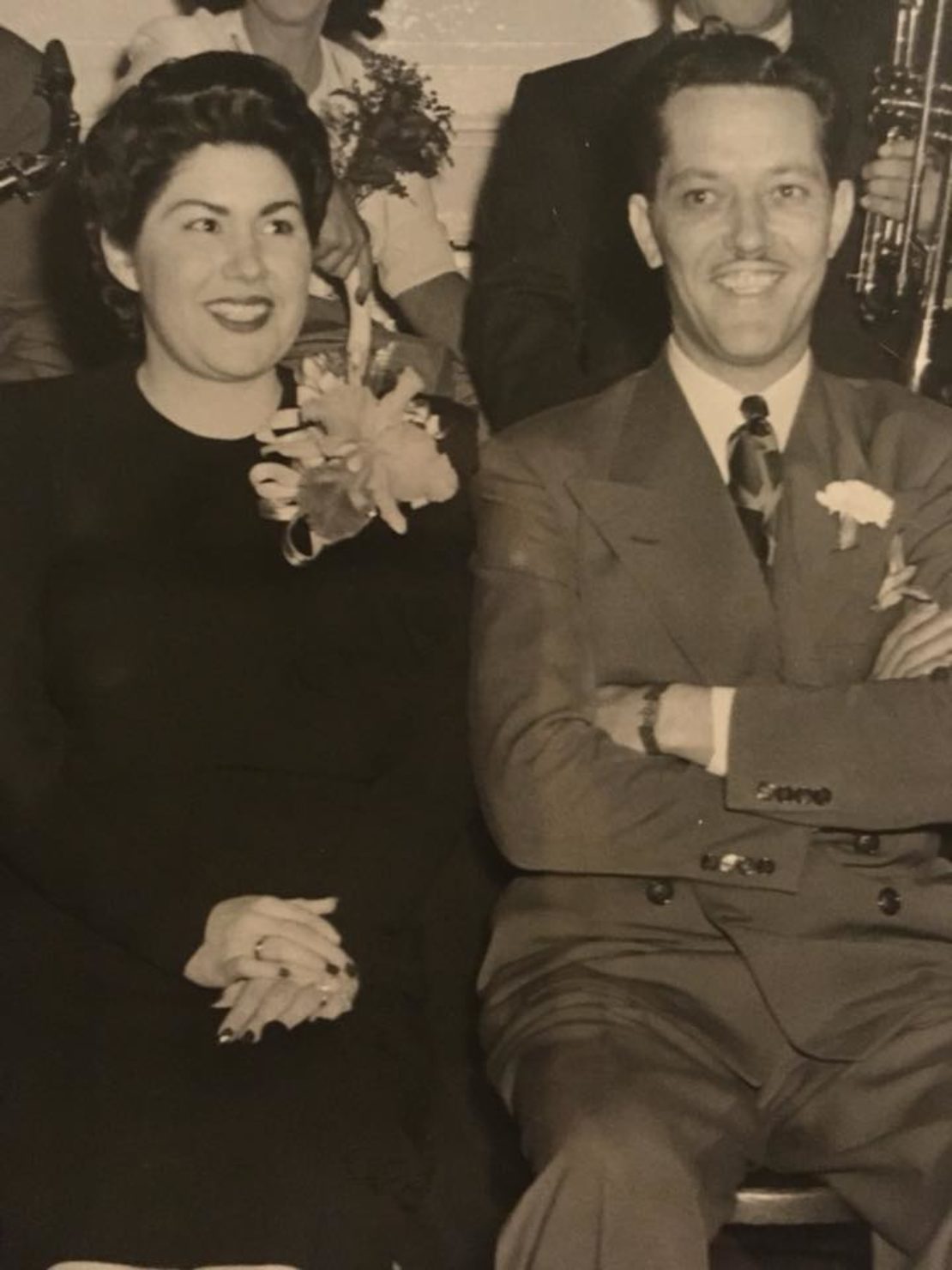 In its later years, talent buyers like Steve Zepeda, who booked Bogart’s and Mondays at the Blue Cafe, began hiring rock bands to play the Foothill, bringing in groups like Sublime, Frank Black of the Pixies, the Low and Sweet Orchestra, Link Wray, Southern Culture on the Skids, the Geraldine Fibbers and stalwart rockabilly regulars Big Sandy and His Fly-Rite Boys.

By that time, Bonnie’s health was failing and the club was being run by her husband Ron and grandson Ronnie, who closed it for good in 2000. Bonnie died eight years later.

The home, now owned by the owner of a glass company, who runs his business out of the home’s adjacent gallery/office building that is part of the property, is listed by Realtor Mike Norton at $1.4 million.

The split-level home does, indeed, have traces of the Killingsworth touch in terms of winding paths outdoors surrounded by foliage, Oklahoma Stone facades on the exterior and interior walls and relentlessly horizontal lines. But Bonnie Price liked her privacy, which does not fit comfortably with the Killingsworth look—the house lacks the overly generous use of glass that marks Killingsworth’s homes—including the Piedmont Spaulding Residence upon which the St. Louis Avenue home is modeled—and perhaps that was Bonnie Price’s call. Maybe she told her architect to toss in a little more stucco, wood and plaster, informing him that she runs a honky-tonk, not a Windex plant.

Inside the home is a blast of eye candy, thanks to the eclectic art collected by the current owner (who did not want his name used, preferring his privacy). Among the displays of his extensive collection of modern art is a triptych by Cuban artist Gilberto Ruíz Valdéz, placed in a massive aluminum marquee frame from the old Fox West Coast Theater on Ocean Boulevard. 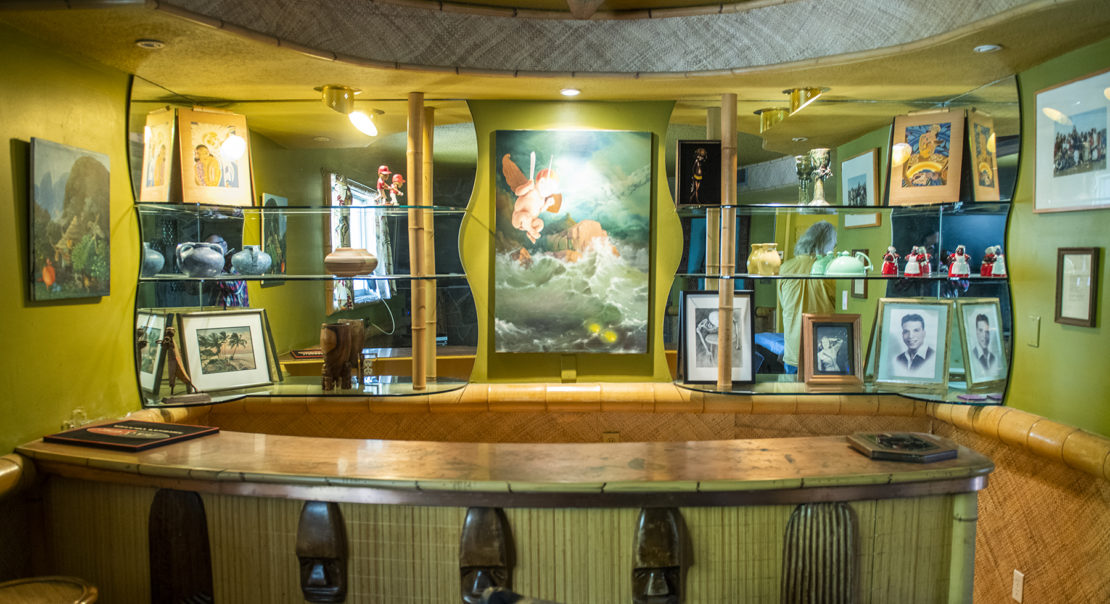 The owner admits that there’s a lot of “not Killingsworth” evident in the house; no water elements, no floor-to-ceiling entry door, no marriage between the indoors and outdoors of the structure—and a serious shortage of glass.

Still, it’s an interesting place—and a large one, with four bedrooms and four baths in 3,829 square feet.

Further, the property includes a separate 1,720-square-foot art gallery/workspace with two separate units, each with its own bedroom, bath and kitchenette, facing 19th Street. The owner uses it to run his business and to store his prodigious art collection. 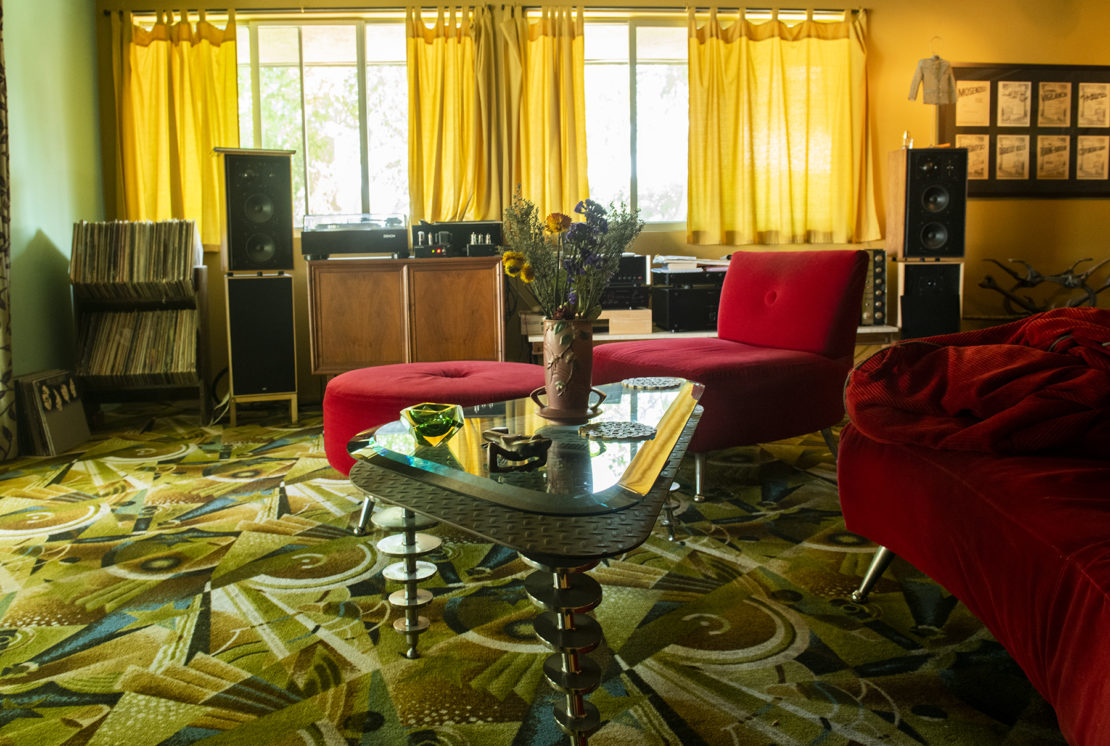 Good vibes in the entertainment room at a home that was built in 1969 in Signal Hill Thursday, May 6, 2021. Photo by Thomas R. Cordova.

Among the other touches in the main house are a tiki bar, with large carvings he purchased in Hawaii; a game room with a pool table, a couple of libraries and a kick-back room for listening to music or watching TV.