Today’s home is a special one, even by the standards of its elegant Los Cerritos neighborhood. The two-story red brick Colonial home has stood on Cedar Avenue since 1930, at a time when there was still a lot of vacant land in the area drawing the attention of wealthy families, being lured by the nearby Virginia Country Club golf course and the large lots that could accommodate big homes with plenty of room left over for landscaping, pools and outdoor entertaining.

The home at 4131 Cedar Ave. grabbed the attention of Realtor and developer Alison White, who noticed it when it went on the market and immediately knew she had to buy it. Or, rather, rescue it. “I said, ‘I have to save that house’,” she said, meaning she felt she had to prevent it from falling into the hands of institutional flippers who wouldn’t be likely to give it the attention it deserved to bring it back to its historic glory.

At the same time, White had an accident and broke her foot and had to have emergency surgery. She initially thought that it would preclude her purchase of the home, but she had submitted an offer, and “I woke up from the surgery asking about the house.” The owners chose White over what could’ve been perceived as more mercenary buyers, and she bought it in early 2021 for $1.399 million without seeing the inside, other than a video walkthrough.

And now, after a year of intense work by White and her all-star team, which includes design expert Mindy Laven and noted architect Steve Sennikoff, the home has been not only painstakingly restored, down to historic windows with solid wood trim and the intricate 10-inch crown molding along the ceilings, but vastly improved as well, with entire rooms rebuilt and in several cases, moved and expanded. 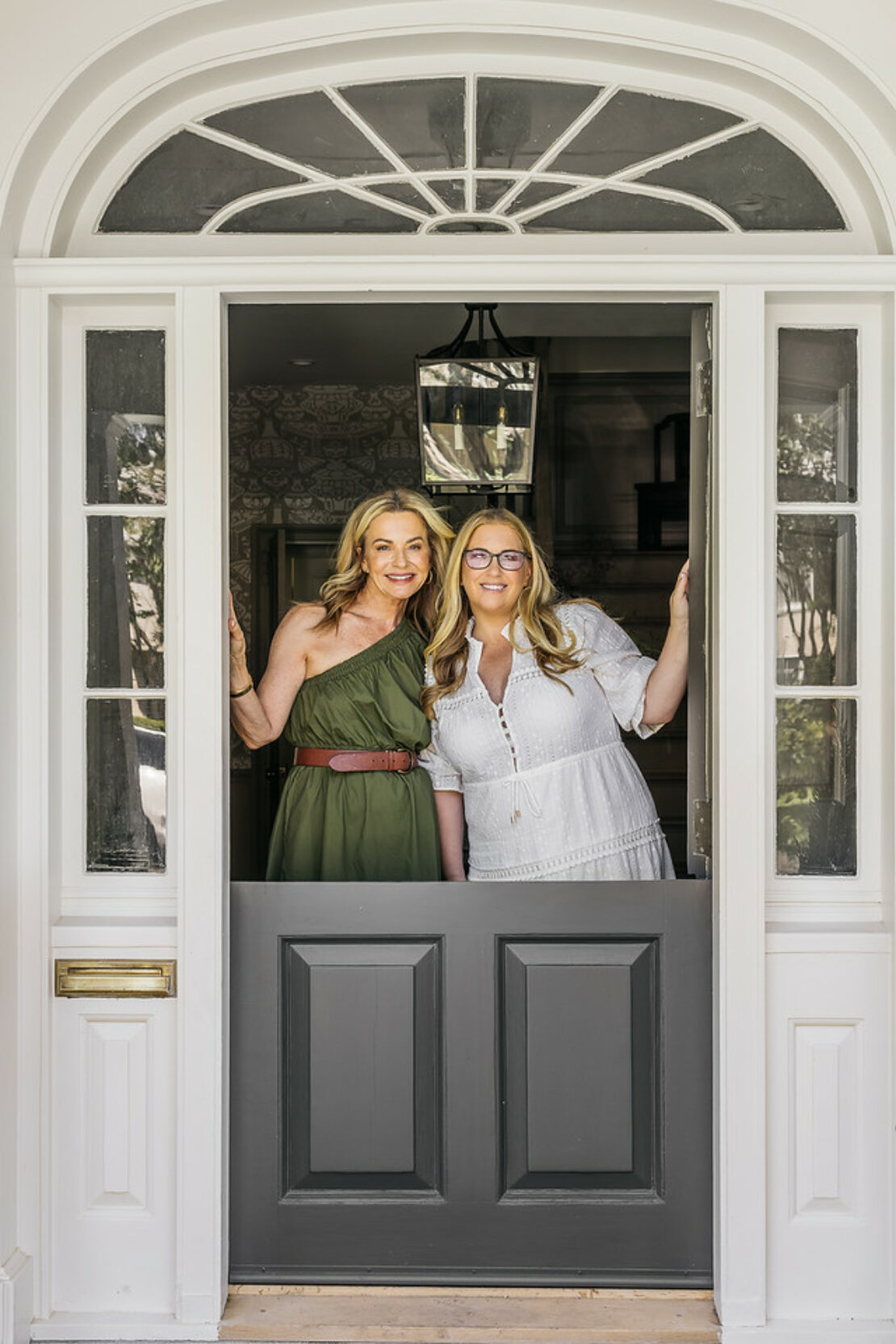 “It needed everything,” she said. “Shoring, air-conditioning, doors and windows replaced with wood.” Not to mention walls knocked down, carpeted floors returned to original hardwood flooring and much more. It’s a mind-boggling redo that makes this home well worth the $3.499 million list price when it hits the market Friday. The listing is by Spencer Snyder.

To call White a fix-and-flipper is to vastly misunderstand the staggering amount of work and money she poured into this project. Rather than throw some paint around and plant a few flats of petunias, she undertook a thorough reimagining of the residence. And, though this is her 35th flip, she says it was the most ambitious and most daunting—as well as the most rewarding—of her undertakings.

She modernized the Cedar house by opening up the floor plan, allowing for more light and space. The living room once had a small window facing the backyard which, at great expense, was removed and replaced by French doors leading out to a beautifully simple and inviting swimming pool.

A before and after photo of the dining room of 1930 home at 4131 Cedar Ave. Before photo courtesy of Alison White; after photo by Christopher Lee Foto.

A before and after photo of the living room. Before photo courtesy of Alison White; after photo by Christopher Lee Foto.

A before and after photo of the backyard at 4131 Cedar Ave. Before photo courtesy of Alison White; after photo by Christopher Lee Foto.

Next to the pool a garage had been converted to a fairly rustic family room, leaving no place to put vehicles. White added a garage and thoroughly modernized the family room which can now be used as a pool house.

“I think it looks fabulous,” said Dorothy Sears Banks, who grew up in the house after her parents bought it in 1969 and who sold the house to White. “She updated some things, and restored other parts. She renovated the master room in a way that’s really nice overlooking the backyard. And did she show you the Prohibition room?”

She did; it’s a tiny hidden room behind a pivoting panel that White wasn’t aware of when she began remodeling the kitchen. They had the kitchen designed in such a way that she’d have to tear down the wall that hid the little speakeasy that had a space that was signed by visitors going back to the 1930s as well as various liquor labels. “I said we had to keep it,” she said, so it was back to the drawing board to change the kitchen’s plans to accommodate the Prohibition room.

White had initially wished to save the home’s red-brick exterior, but so many of the bricks had been degraded over time that she eventually had to surrender to patching them and giving the house a coat of white paint. “I was heartbroken, but I knew it had to be done and I think now that it looks wonderful, ” she said. “But I had to stay away while the painters were working on it. I couldn’t bear to watch.”

Architect Sennikoff, who has designed several homes in Naples and Newport Beach, collaborated with White on the redesigns, noting, “She’s got a lot of vision and the house now looks like we designed it; we drew it up in accordance with her vision.”

He recalls seeing the house for the first time, before work began. “It was falling apart,” he said. “And it was very dark. We had to open it up quite a bit to make it more modern, letting the outside in, bringing in a lot more light. Homeowners and architects in the 1930s didn’t think about design the way we think about it now.” 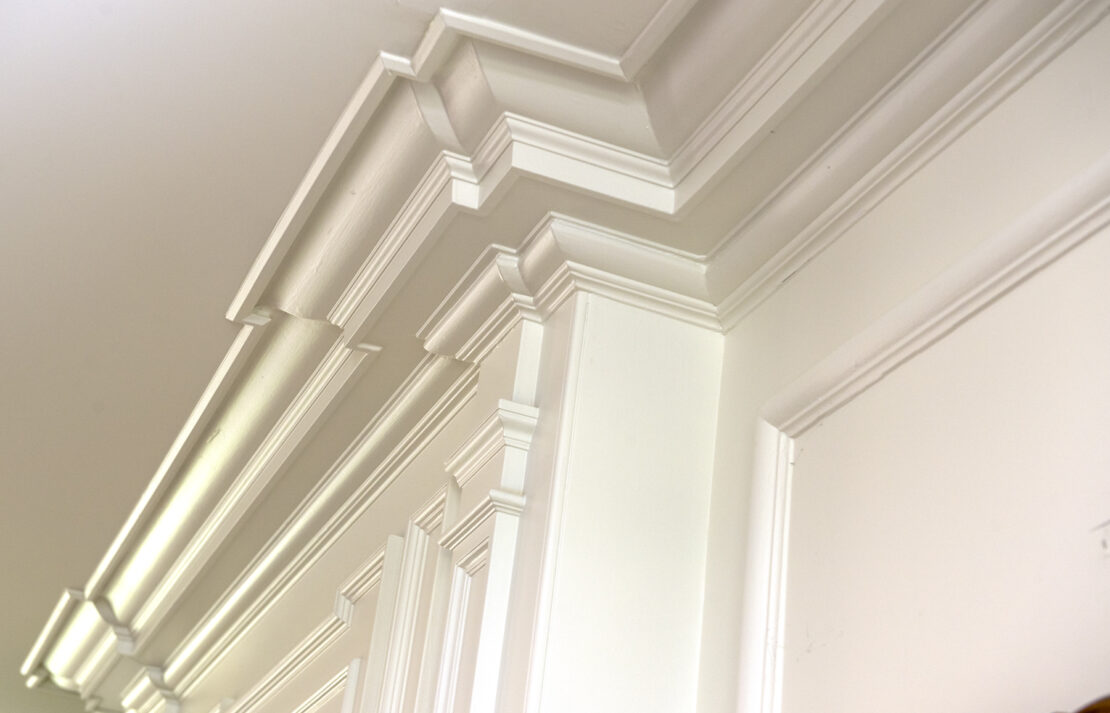 Detail of the molding, which was saved from the original house and in some cases recreated. Photo by Thomas R. Cordova.

Although much of White’s work is done in Westchester, where she lives, she’s become more enamored of Long Beach, where she also owns a home in Belmont Shore.

“It’s a beautiful city, and the prices are lower than in many parts of Los Angeles. I bring people here to look at houses and many of them have since bought a home here. I keep recruiting people to come to Long Beach.”

Because of the amount of money White has poured into the Cedar house, sparing no expense on every detail, even if she sells the house for its asking price, she’s not going to make a ton of money on it. “I didn’t anticipate spending so much,” she said. “But it needed to be done. It’s a beautiful house. I’m really happy with it. Whoever buys it is going to love it.”

If you’re interested, or want to see the fine work by White and her crew, there will be a twilight open house from 5 to 8 p.m. Friday at 4131 Cedar Ave.