For Alex Trebek, the afternoon of April 18, 2009, was a bright, sunny Saturday, a perfect day for a leisurely drive along the palm-lined streets of coastal Long Beach.

There wasn’t much traffic, just 18 cars on the road as Trebek motored along in his Scion Tc at a cautious pace in the 2009 edition of the Toyota Grand Prix of Long Beach Pro/Celebrity race.

Trebek, the popular host of the long-running “Jeopardy!” game show who died last Sunday at the age of 80, was “racing” in Long Beach 11 years ago alongside such racing greats as Al Unser Jr., who knew the track well having won the Grand Prix four years in a row, from 1988 to 1991, as well as back-to-back victories in 1994-95, as well as a dozen other celebrities, ranging from “Matrix” star Keanu Reeves to “That’s So Raven” star Raven-Symoné.

Trebek, in the No. 20 Scion, was 10th in line at the start of the race and, driving like your dad, ended up finishing in 15th place. And, yes, as you would expect, he drove in a manner that put no other driver in jeopardy.

Which is more than you could say for Symoné, who crash-banged her way around the 1.968-mile course for four of the race’s 10 laps, crashing twice, taking out co-celeb runaway leader pro-skater Danny Way and rap artist Fonzworth Bentley, who’d had a 27-second lead over Unser Jr., in the process. 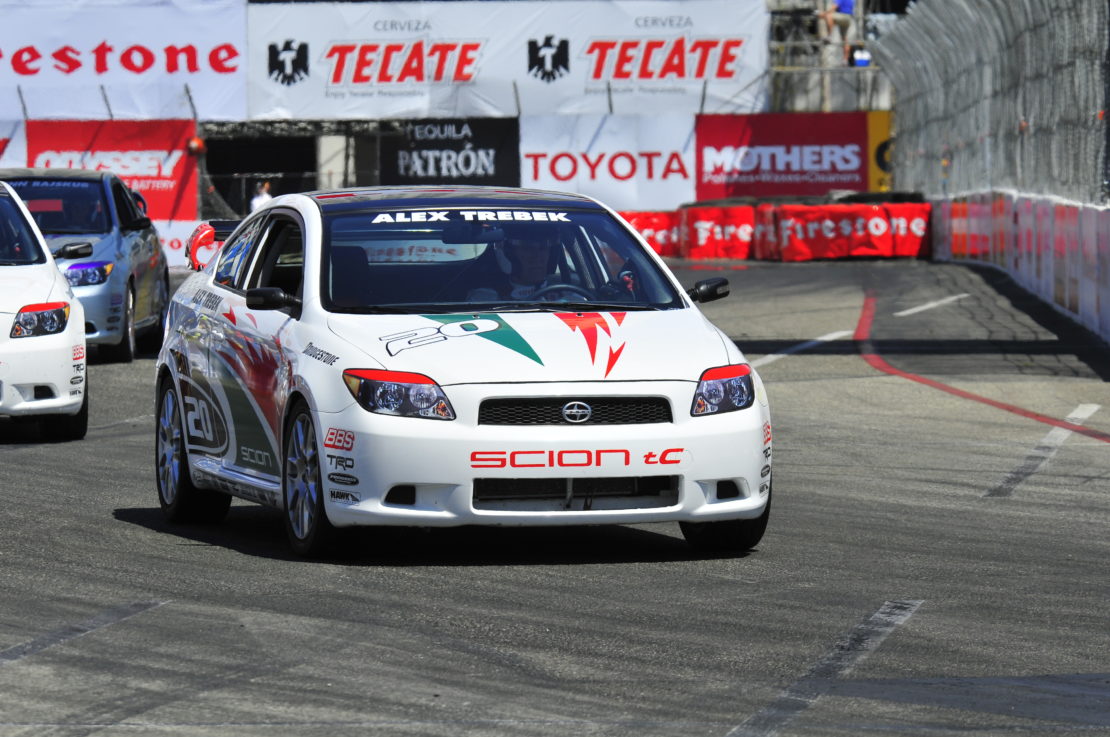 Meanwhile, the unflappable Trebek motored along behind the wreckage, beating a limping Bentley and the Did Not Finishers Way and Symoné, earning him a nice participation trophy in his unscathed Scion.

Unser Jr. went on to pick up the overall victory in the race, ahead of stock car racer Johnny Benson and Toyota dealer Tom Rudnai. Finishing fourth and winning the Celebrity division was Reeves.

For Trebek, though, it was a win. He had promised before the race that he would drive carefully and not attempt to pass anyone. He told the Post in 2009, “I’m just going to wait for everyone to crash, and then go by them.”

It’s not a great racing strategy, but it’s a winning way to live a life.