Prior to the pandemic, Sofia Samarah used a collection of jobs to help pay the $1,500 monthly rent for the Alamitos Beach apartment she shares with her boyfriend, Marty. She worked as a travel photographer and as a teacher during painting classes at Downtown restaurants, both of which were upended by the coronavirus.

She lost her jobs on March 13. Marty, who has a congenital heart condition and works as a rigger for large events at the Long Beach Convention Center, was furloughed a week later. He likely won’t be called back until large crowds are allowed.

Now, with savings running out and unemployment benefits expired, Samarah said they’re likely to move back in with family.

They saw one last lifeline before taking that step: The city’s rental assistance program, which will pay $1,000 per month for three months to qualifying renters’ landlords. They applied, but now like thousands of others, they’re left relying on luck. Because there wasn’t enough funding for everyone who qualified, Long Beach has turned to a lottery system to determine who will get it. 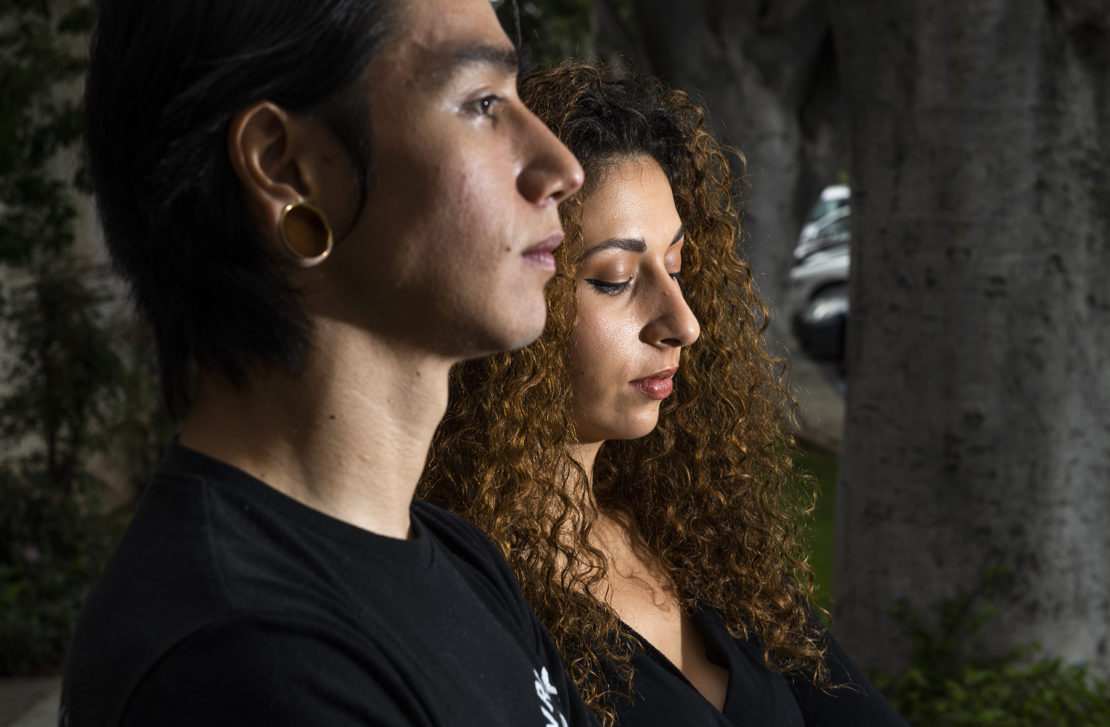 “I think the lottery system is fair,” Samarah said, but, “I do think that local cities should have been allocated more money to help their citizens.”

An announcement about who receives the money is expected in the coming weeks. For now, Samarah and thousands of other renters must wait.

Ebony Robinson is one of the over 2,100 applicants along with Samarah, who submitted documents for the city’s program. Robinson and her younger brother have been helping their mother pay her rent while Robinson also tries to cover the $1,400 monthly bill for her own Downtown apartment.

Her mother has COPD, a chronic lung disease, so Robinson and her brother forced her to stop working when the pandemic hit.

“I’m not ready to lose my mom,” Robinson said.

Robinson has only been paying partial rent while she’s protected by a citywide eviction moratorium, but, the way the law is written, the back rent will come due in July. Winning a lottery spot would help her get ahead of that massive bill and back on top of her finances.

“We don’t want to be in debt because of this,” Robinson said. “I don’t want my brother to graduate in a ton of debt like I did.”

Robinson said it took her nearly three weeks to receive her rent assistance application from the city, but she got it in before the deadline to apply. She’s cautiously optimistic about being selected but has doubts of how the lottery will play out.

With over 2,100 applications, she still has about an 80% chance of being selected. The city’s program is estimated to be able to help about 1,767 households.

Louie Gonzales is hoping and praying he and his partner are among those who win. Gonzales was furloughed from his job at Disney since early in the pandemic. While Disney paid its employees through April 18, the couple has been burning through savings they had put away for the future. Gonzales heard about the assistance program in the news and quickly began prepping to apply.

“The day it was announced, I pretty much ran to a printer, printed pay stubs, W2s, even my furlough notice from Disney,” Gonzales said. “Luckily I had everything on hand. I was kind of shocked that they wanted everything printed and not digital given everything with COVID.”

Gonzales and his partner have still been making their $1,595 monthly rent payments in full, but they were in a month-to-month lease before the pandemic. With so much uncertainty surrounding reopening the economy and any extra federal unemployment benefits, they’re preparing to move out if they need to.

“That’s the worst case scenario if we don’t go back to work at a normal capacity,” Gonzales said.

Patrick Ure, manager of the city’s Housing and Neighborhoods Services Bureau, said the city does not have data on how many households are not paying rents in full, and that the 1,767 lottery spots represents the number of households the city could afford to help. However, if a household’s rent is less than $1,000 per month the program could possibly use leftover funds to help others.

Ure said last week that while the city had received over 2,100 applications, it was still expecting more to arrive through the mail. The last date that applications could be submitted by mail was July 27.

“We’re noticing that the mail may be a little bit slow, so we’ve actually decided to wait a couple weeks before the lottery drawing to make sure we’ve received all the applications,” Ure said.

The program’s application process has been criticized by tenants for accessibility issues. Between the extensive list of documents required and the method for picking up and turning them in—mail or in person—advocates say that some of the most vulnerable renters in the city could have been left out.

The city scheduled 12 two-hour pick-up and drop-off windows for applications that required applicants to find a way to City Hall between 9 a.m. and 11 a.m. If that wasn’t possible, they could download and mail the application in.

Melody Osuna, an attorney with Legal Aid Foundation Los Angeles, said that clients who did not have copies of lease agreements were sometimes asked to enter into new contracts with landlords in order to obtain them. Those new contracts created loopholes that allowed evictions, Osuna said.

Tracking down all the documents for some residents, especially undocumented persons—who were eligible for the program—was the biggest obstacle, she said.

Norberto Lopez, a project director for Long Beach Residents Empowered, said that about 40 people he works with tried to apply for the program but for some, whether it was the pick-up/drop-off process or the application itself, “it just didn’t work out.”

He questioned why tenants were the ones having to jump through all the bureaucratic hoops.

“Landlords should have been applying for this money,” Lopez said. “The city put all the burden on the renters.”

Ure said that the pick-up windows for packets were safe and quick with people social distancing and staff wearing gloves; masks and hand sanitizer were made available.

He added that the extensive list of required documents—which included tax returns, lease agreements and earnings statements—are all part of the city’s effort to ensure that taxpayer money was being properly spent. The program is subject to audit and if it doesn’t pass the audit “we’ll be in trouble,” Ure said.

“We are essentially making a payment to a property owner on behalf of a tenant,” he said. “We have to prove they have a legal relationship with the property owner.”

The lottery winners are expected to be contacted in the coming weeks and will begin to have monthly payments made on behalf of them to their landlords. But one last obstacle could remain.

Landlords ultimately will have the option to reject the funds from the city. If a landlord declines to accept the payments, the tenants will receive a letter from the city noting that fact, in case they need to use it as a shield in eviction court.

And until those lottery notices arrive, the uncertainty will persist. Even then, the city’s assistance program might only serve as a temporary bridge.

Samarah says it’s indicative of the existential crisis the nation is facing as a whole. She has little faith in the federal government to deliver help, so it’s hard to put faith in local governments, which have far fewer resources, she said.

Who gets those resources will be determined in the coming weeks. Samarah and her boyfriend are hopeful they’ll be selected, but there are neighbors in their building that she’s pulling for as well.

“I hope more than anything that they get it because they need it,” Samarah said. “But so do we.”