Long Beach residents will be the first in the U.S. to zip through the streets on the Bird Three, a next generation e-scooter by alternative transportation provider Bird, the company announced Thursday.

The company is rolling in a fleet of 500 Bird Threes, which it is marketing as the “world’s most eco-conscious” e-scooter. The new vehicle is the culmination of four years of working with cities, which allowed the company to make upgrades to its designs.

“With each new generation of electric vehicle we bring to Long Beach, we have the potential to reduce the need for residents and visitors to get in a car,” Tim Harter, director of government relations for Bird, said. “Bird Three continues this trend with industry-leading performance, range, and safety features, allowing Long Beach riders to replace even more of their car trips with micro-mobility.”

Some of the new features on the Bird Three include: 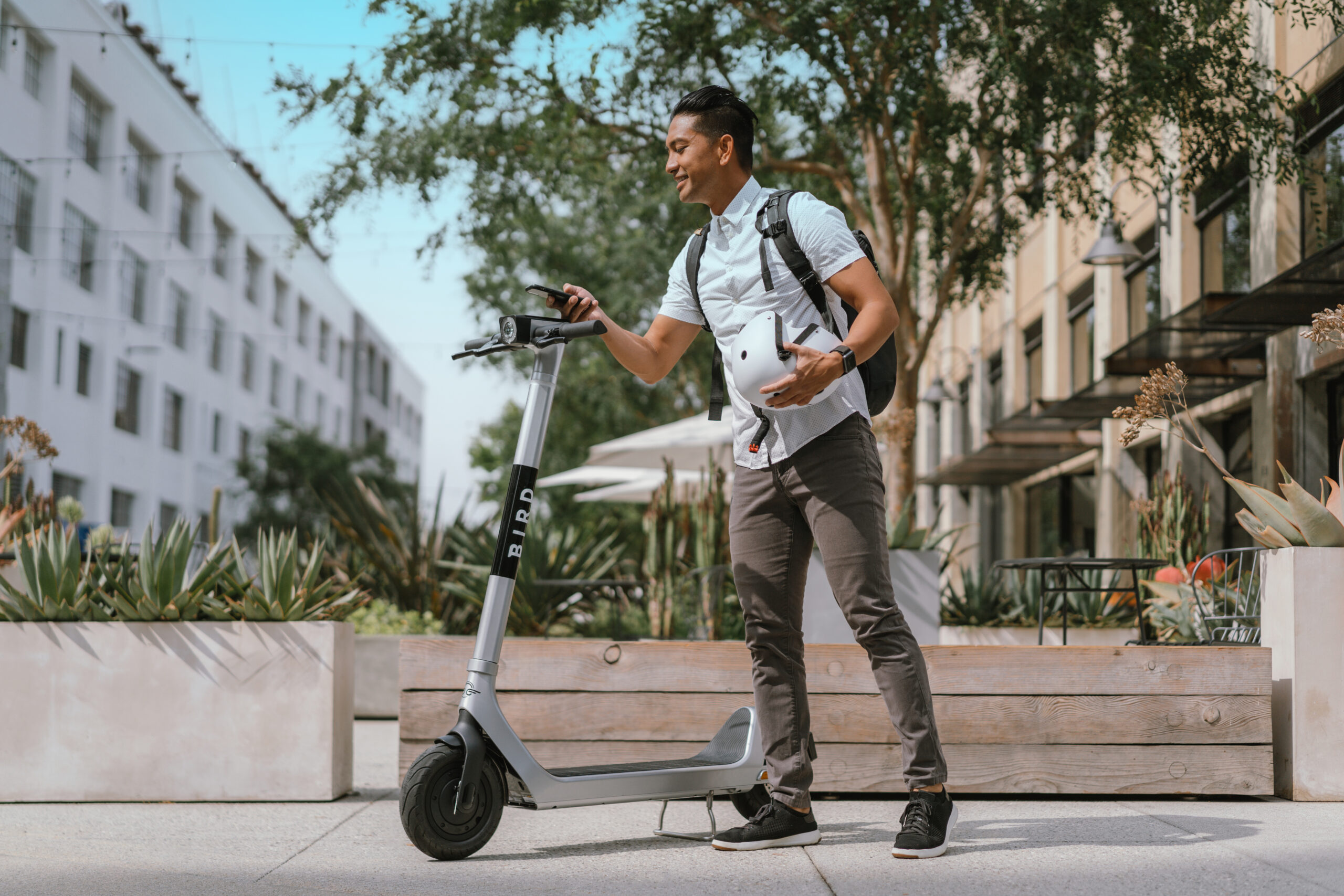 The new Bird Three e-scooter has an improved kick-stand that makes it harder to tip. Photo courtesy of Bird.

E-scooters first came to Southern California in 2017, when Bird and its competitor Lime began dropping off their vehicles in Santa Monica. Long Beach officials launched a pilot program in August 2018, allowing six vendors—including Bird—to operate fleets of 150 scooters in the city. The limit quickly expanded to 300 but only Bird and Lime brought in more vehicles.

In August 2020, Long Beach transitioned from the pilot program to its permanent citywide Shared Micro-Mobility Permit Program, which allows four operators to apply for 12-month permits. Each operator was allowed to deploy up to 500 scooters, with the potential to increase up to 1,000 scooters.

For four months last year, the operation of e-scooters and other shared micro-mobility vehicles in Long Beach was suspended for fear that they would contribute to the spread of COVID-19. E-scooters returned to service—with new cleaning protocols—in August and continued operating through the winter months, the worst time for the pandemic.