Rescue crews this morning were finally able to search two cars that had been swept into the Los Angeles River by heavy rains Tuesday and carried miles downstream to Long Beach.

Los Angeles and Long Beach fire crews spent hours Tuesday watching the vehicles bob downstream from where they went into the water near Downtown Los Angeles.

On Wednesday morning, the water finally receded enough that the vehicles emerged in the riverbed near Wardlow Road. Firefighters searched the vehicles and confirmed there was nobody inside around 6:30 a.m., Long Beach Fire Department Capt. Jack Crabtree said. 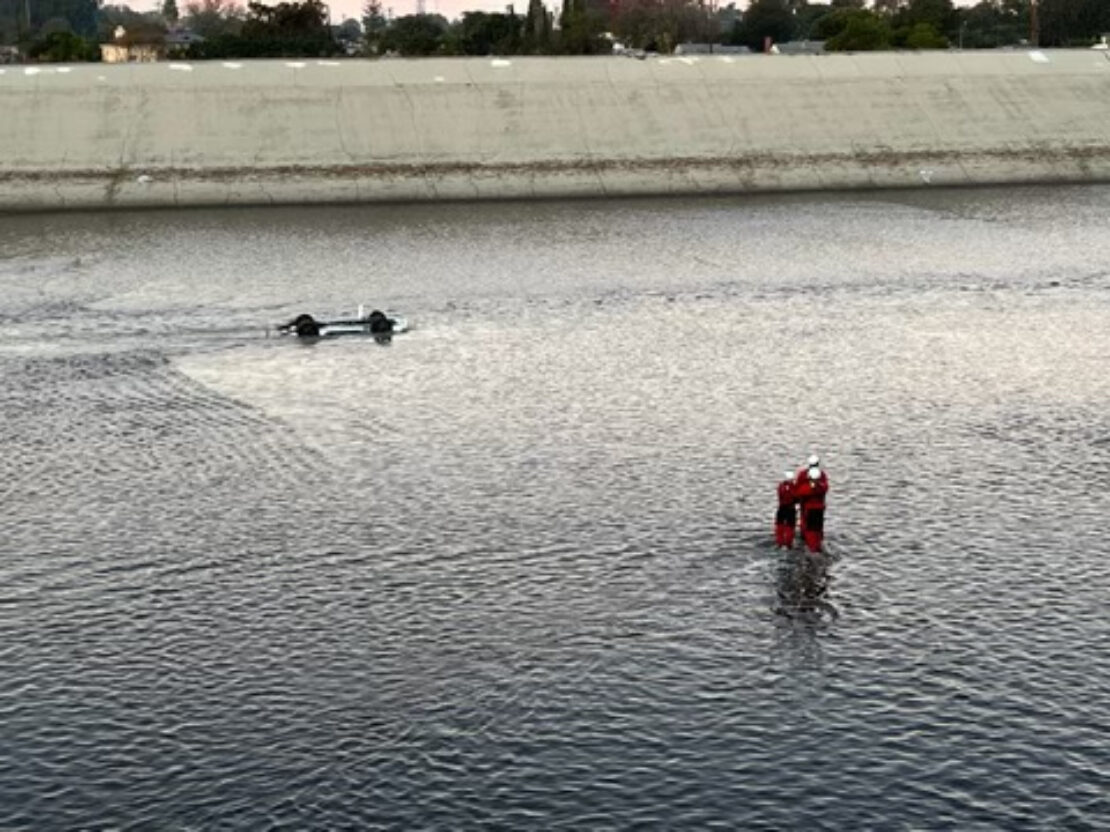 Once the rainwater receded, fire officials said they found a second car about 400 yards from the first one that had been pushed downstream from Downtown Los Angeles. Photo courtesy the Long Beach Fire Department.

LA County crews will coordinate with Long Beach police to pull the cars from the riverbed later in the day, according to Crabtree.

It’s not entirely clear why the cars ended up in the river, but they were among the three vehicles swept downstream by floodwater. One may have been involved in a rollover crash.

Fire officials believed they went into the water near Downtown Los Angeles, according to media reports. Only one was believed to have someone inside, and the person escaped safely, authorities told local TV stations.

More than three-quarters of an inch fell in Long Beach Tuesday, according to the National Weather Service, leading to swollen flood channels across the city.

Riverboat sinks near oil islands about a mile from shore