A woman asleep on a sidewalk was killed early Friday morning in a hit-and-run crash on Cherry Avenue near Del Amo Boulevard, police said.

The crash in the early morning fog prompted police to shut down a stretch of Cherry Avenue along the edge of Bixby Knolls while they tried to figure out exactly what caused the wreck. 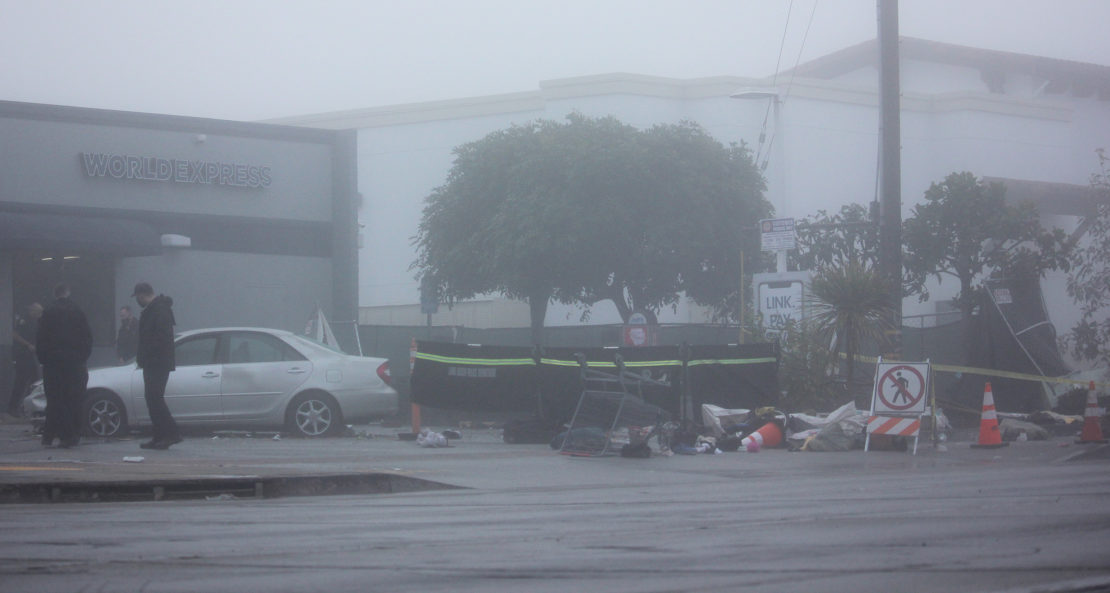 “A driver appeared to have lost control and struck a temporary fence on the east sidewalk of Cherry Avenue, just north of the intersection of San Antonio Drive,” police said. “While assessing the scene, officers discovered an unresponsive female adult amid the debris.”

Officers and paramedics tried life-saving measures, but the woman succumbed to her injuries at the scene, according to police. They believe the woman was homeless and was asleep on the sidewalk during the crash.

The Los Angeles County Coroner’s office will work to identify her and find her next of kin.

Witnesses saw both the driver and a passenger fleeing the area on foot right after the crash.

Officers shut down both directions of Cherry between Carson Street and San Antonio Drive in hopes of more easily diverting traffic to avoid another crash in the dense fog that covered Long Beach this morning.

At times, visibility in some areas of the city dropped to under a quarter mile because of the fog, according to the National Weather Service.

Police ask that anyone who may have witnessed this incident to call Detective Brian Ekrem at 562-570-7132. Anonymous tips may be submitted by calling 1-800-222-8477 or visiting www.lacrimestoppers.org.

Editor’s note: This story has been updated with additional information from police.