More than 8,000 toys and Spanish-language books were donated to the migrant children at the Long Beach Convention Center on Friday.

“That’s the heart of Christianity. If there are children who need help, we’re hopefully there to help them,” said Fernley. 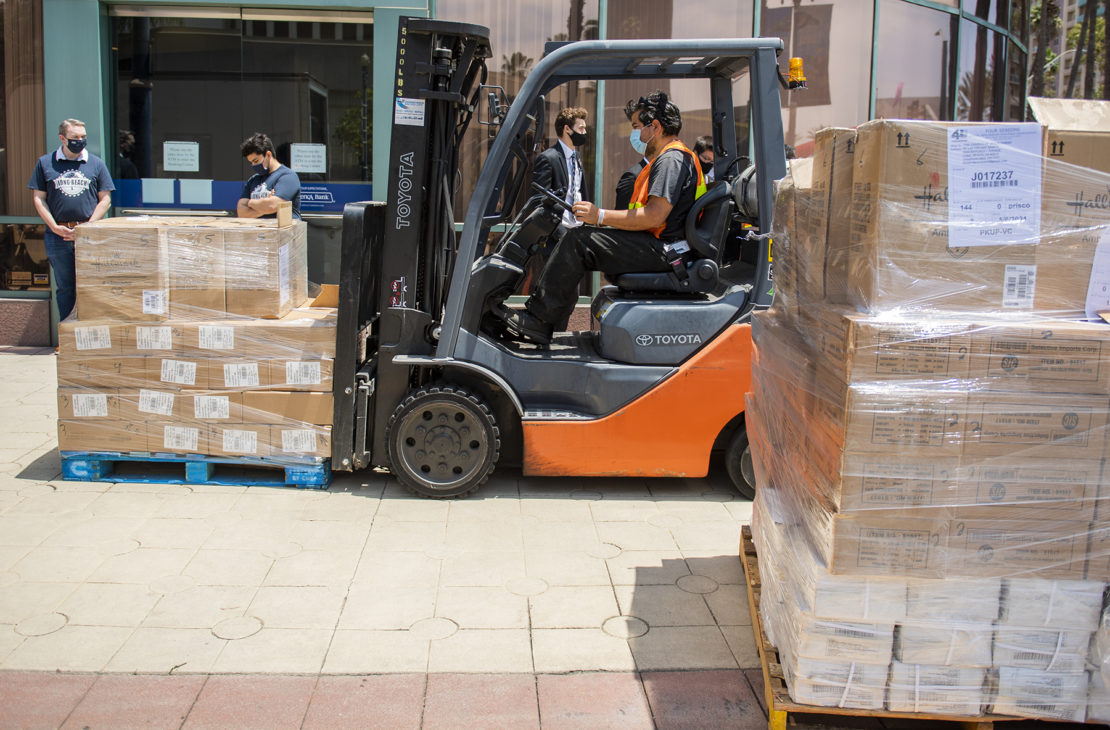 A forklift driver unloads two pallets for a total of 8,000 Spanish-language books and toys donated by the Church of Jesus Christ of Latter-day Saints in Long Beach. Photo by Thomas R. Cordova.

Donations had already been coming in for the more than 700 unaccompanied migrant children being housed at the Convention Center. But Friday’s donation helped to more than double the amount in the past 48 hours. The total is now 28,000 items, said Convention & Visitors Bureau spokesperson Samantha Mehlinger.

“It was an outpouring of contributions and donations for the children, like toys and activity books, and the things that will bring them comfort and joy,” said Laura Doud, Long Beach city auditor, who is also a member of the church. “It was just such a wonderful gesture in how the community has come together in support.”

Migrant children began arriving at the Convention Center on April 22. The Long Beach facility, being rented by the U.S. Department of Health and Humans Services, will house children until Aug. 2 while officials work to reunite them with their families or sponsors in the U.S.

Friday’s donation was part of the city’s two-week book and toy drive that began on April 24, and ends on May 8.