Erik Martinez saved up cash to buy a used van in June, which he then retrofitted to run a mobile car-washing business. In between classes at Long Beach City College and his job at Hertz car rentals, the 26-year-old would drive around the neighborhood, offering the car-washing service to local residents in an effort to make extra money.

“I just needed to do something to help my parents out,” Martinez said.

Last week, Martinez woke up to find that his mobile car-wash van, along with his washing equipment, had been stolen.

A report was filed on Nov. 3 with the Long Beach Police Department’s North Division.

“I felt awful,” Martinez said. “Till this day I still haven’t heard back about the van.”

While Martinez didn’t feel comfortable at first asking people for donations, some of his clients started a fundraiser to raise money to replace the equipment that was in the truck when it was stolen.

Dozens of people have since shown their support for Martinez, and said they would donate to help him replace the equipment. 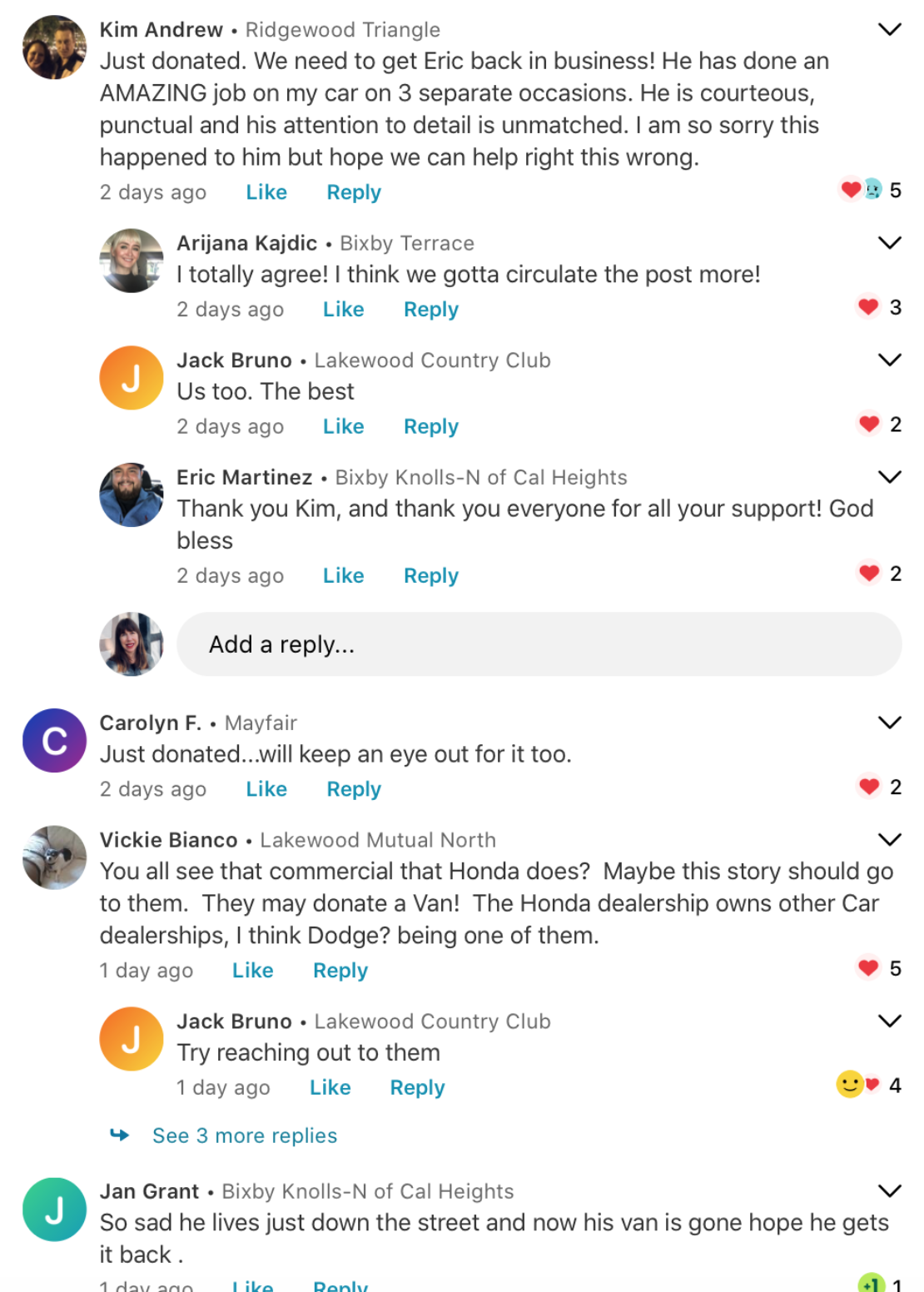 While his insurance would cover costs for the van, the stolen pressure washer, vacuums, carpet extractor, steamers, foam canons and a 150 gallon water tank would not be covered. They’re estimated to cost between $7,000 and $8,000.