With the origin of the foul smell coming from the Dominguez Channel still undetermined, a Long Beach Congresswoman is asking for Gov. Gavin Newsom to declare a state of emergency to help identify it, and to assist in covering the costs for those suffering through the odor.

In an Oct. 18 letter, Congresswoman Nanette Diaz Barragán called on Newsom to initiate a state of emergency in the area that has been affected by the smell of hydrogen sulfide that has settled over it for nearly two weeks.

Los Angeles County officials and air quality regulators have fluctuated on the origin of the smell with a leaking pipeline, decaying organic material and an “illicit discharge” that could have included cardboard, pallet pieces and ethanol all considered as culprits over the last few weeks.

“It is extremely frustrating that the cause of the hydrogen sulfide gas has not been determined, aside from the fact it’s coming from the Dominguez Channel,” Barragán wrote.

Late last week three Long Beach City Council members asked for the city to request state and federal help with the issue which has had residents complaining across much of Long Beach since early October. 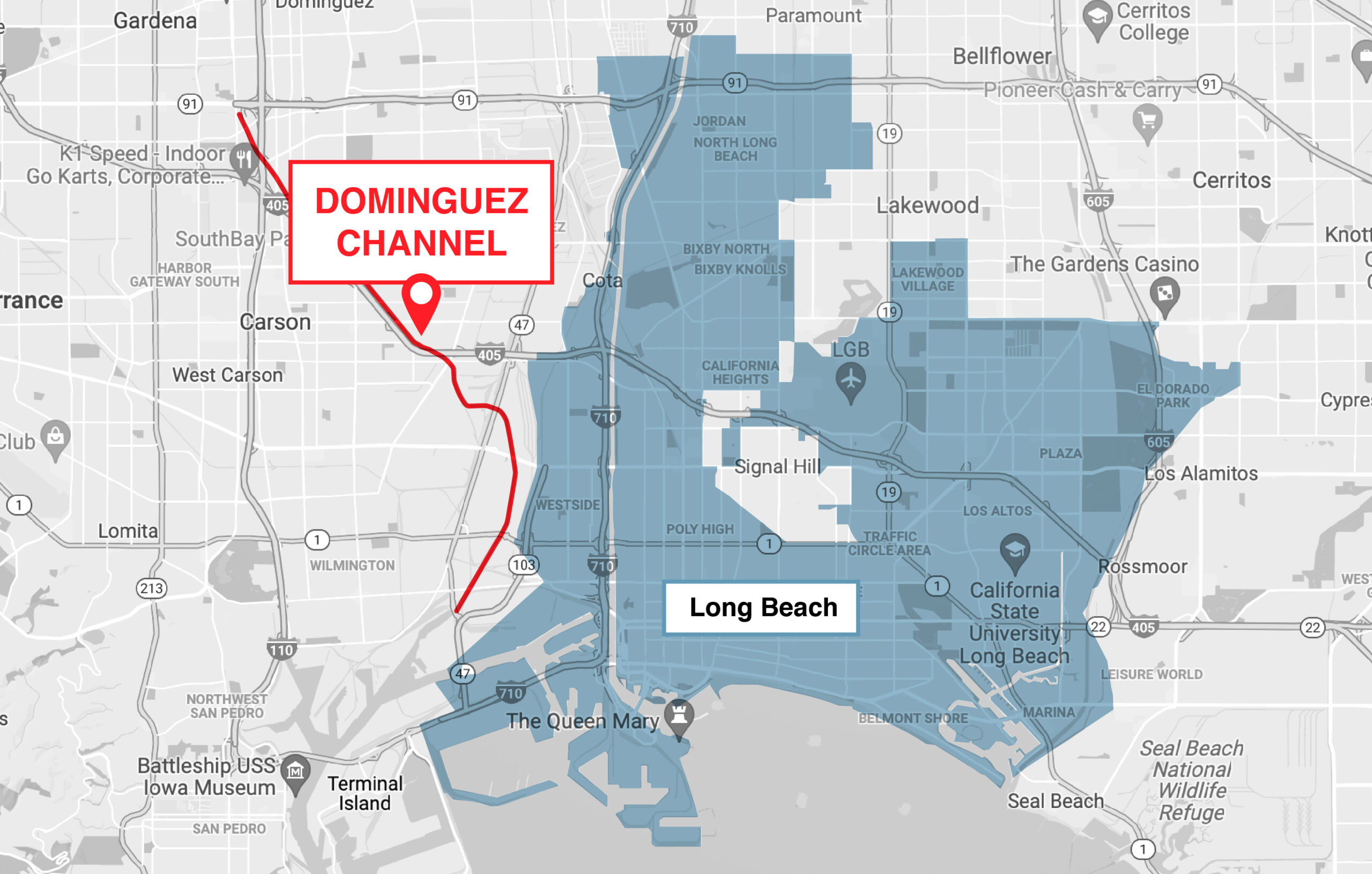 A map showing the route of the Dominguez Channel in relation to Long Beach. Illustration by Candice Wong

Barragán represents parts of North Long Beach and other areas including Carson, Compton and Wilmington. And residents in a number of cities surrounding Carson have complained about the smell and the affects it’s had on them and their children, including headaches, nausea and difficulty breathing.

Residents were advised to buy air filters or seek accommodations elsewhere. The city of Carson set up a reimbursement portal for those expenses but Barragán said more needed to be done to help those who didn’t have the money to take action.

“Many of my constituents cannot afford to purchase an air filter or pay hotel expenses for a long duration,” Barragán wrote. “These residents need direct aid, which is why I am asking you to declare a State of Emergency so that residents can receive direct relief and not be indebted by this event.”

LA County said Friday it would begin to treat the channel with a “citrusy, biodegradable organic matter” that is normally used to treat sewage water. The spray is supposed to convert the hydrogen sulfide in the channel into salt, which will then sink to the bottom of the channel.

Barragán’s letter also called for the air quality management agencies and other impacted cities to conduct testing, monitoring and to provide mitigation efforts to help protect the health of their residents.