Who can be tested for the coronavirus in Long Beach? Not everyone • Long Beach Post News
- ADVERTISEMENT -

After three people tested positive for COVID-19 in Long Beach, the city is trying to ramp up its ability to find new cases of the disease, but, for now, they’re limiting who can be screened because of a lack of available tests.

The restrictions have frustrated some residents who suspect they have the coronavirus, but the Long Beach Health Department says it’s prioritizing the sickest individuals for screening because they could put hospital staff and other patients at risk.

“We really want to protect our healthcare workers,” said Emily Holman, a communicable disease controller for the city. Anyone who’s had contact with a confirmed case of coronavirus or became sick after traveling to one of the countries experiencing an outbreak will also jump to the front of the line, she said.

According to Holman, Long Beach has tested about a dozen people for COVID-19. So far, the city’s lab has outsourced the task to Orange County and Los Angeles County while Long Beach waits for test kits to arrive from state and federal authorities.

Long Beach didn’t receive test kits immediately because other jurisdictions with confirmed cases were prioritized, according to Holman.

Now that COVID-19 has arrived in Long Beach, Holman said she and a small team are working 16-hour days trying to track possible exposures to the virus.

“We still are hoping and trying to at least delay it or at least protect our most vulnerable,” she said.

Currently, Long Beach has asked a few dozen people to go into quarantine or self-isolation, but that number is “changing by the minute,” Holman said.

She said officials are depending on residents to honor the Health Department’s requests even if they haven’t tested positive for the coronavirus.

“It literally would save lives if you’re willing to take that extra step, miss that day of work if you can,” she said.

There are undoubtedly more cases of COVID-19 than the three confirmed in Long Beach so far, Holman said, but health officials don’t believe it’s begun spreading through the city from untraceable sources like in some other areas of the country.

“We’re still controlling it on our end in Long Beach right now,” she said.

Long Beach is in a somewhat unique position because it has its own health department. Pasadena is the only other city in Los Angeles County with the same arrangement.

However, Long Beach is not alone in limiting who can get tested. Los Angeles County is prioritizing people most likely to spread the virus, according to Dr. Barbara Ferrer, director of the L.A. County Department of Public Health. 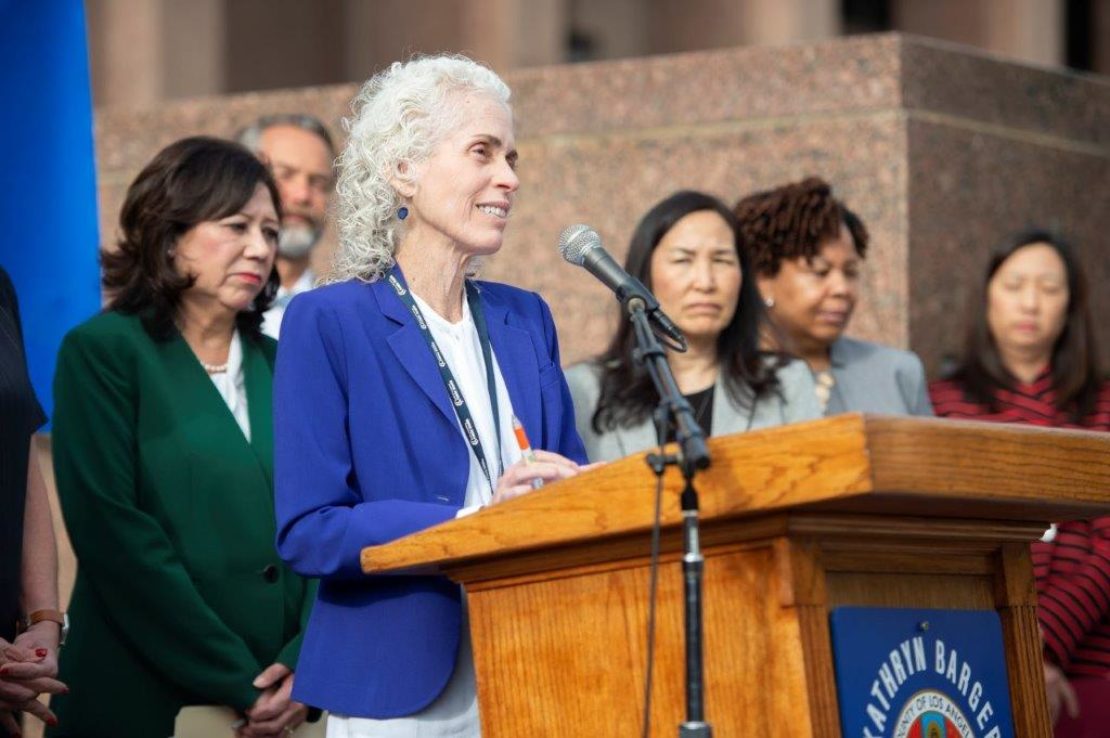 For a test to be administered, a healthcare provider has to determine it’s clinically necessary, she said at a Tuesday afternoon briefing.

That’s based on a few criteria including whether the person is showing symptoms for the coronavirus, whether he or she has had close contact with a confirmed case and the severity of the person’s illness.

It should become easier to get testing as privately run labs come online, according to health officials.

Officials are urging anyone who thinks they’re infected to call a primary care provider instead of heading to a hospital unless they’re experiencing symptoms that rise to the level of an emergency.

Most cases of COVID-19 are mild, with symptoms such as a fever and a cough, but authorities have tried to slow the outbreak to avoid overburdening the healthcare system with the severe cases that can include respiratory problems like pneumonia.

Just getting past the current flu season would be a boon, freeing up hospital beds for the sickest coronavirus patients, Ferrer said at Tuesday’s news conference, where she announced another case of coronavirus had been discovered in Los Angeles County.

Overall, 20 people have tested positive in Los Angeles County, including the three in Long Beach.

Ferrer said she continues to hear concerns about limited access to testing, but she discouraged people without symptoms from seeking out screening simply to confirm they don’t have the coronavirus.