Long Beach police spent hours trying to convince a burglary suspect to come down from rooftops where he was evading officers in Alamitos Beach this morning.

Officers called in SWAT units and evacuated several apartment buildings on Broadway near Alamitos Avenue while they tried to talk the man down.

“Officers began speaking with the suspect in an effort to have him come down but he refused,” LBPD Officer Ivan Garcia said. At least once, the man jumped from rooftop to rooftop as police tried to keep him surrounded. 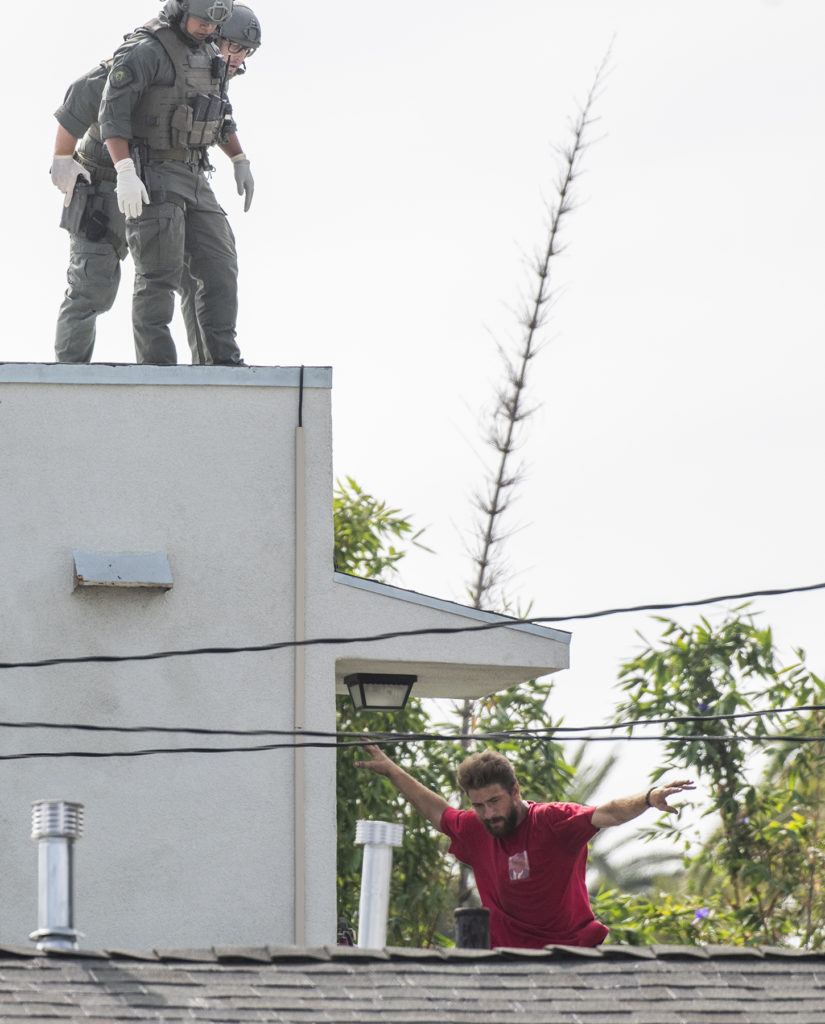 A burglary suspect evades police as he jumps to a rooftop below in Alamitos Beach in Long Beach, Tuesday, July 14, 2020. Photo by Thomas R. Cordova.

Garcia said the incident started around 5:40 a.m. when officers were called to a burglary on Bonito Avenue near Third Street. When officers got to the area, they found the suspected burglar a few blocks away on top of a building on Broadway.

Police said they were unsure if the man was armed. A helicopter circling overhead warned residents to stay inside and lock their doors and windows during the standoff.

Around 9:30 a.m., officers were able capture the man. It appeared they used less-lethal weapons to subdue him, but police weren’t immediately able to confirm what happened.

This story is breaking news and will be updated as more information becomes available. 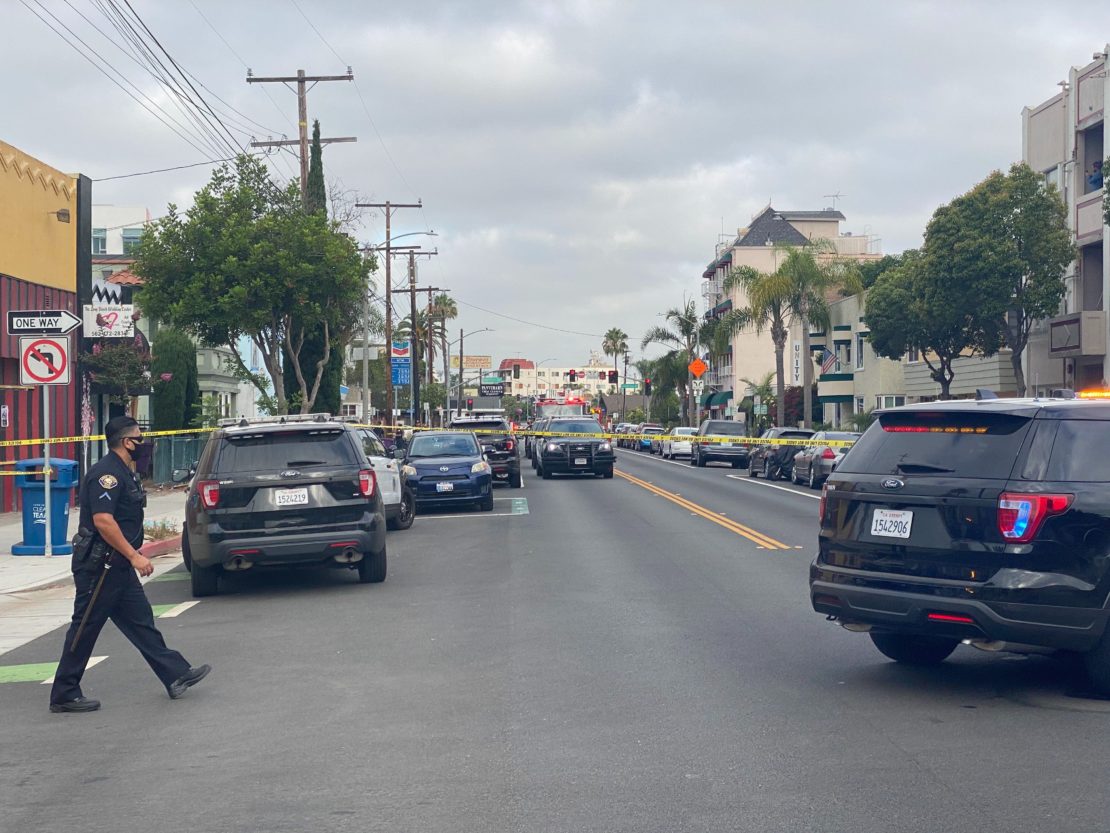