Someone smashed a sliding glass door at diPiazza’s early this morning, but they fled before being able to take anything of value from the venerable Italian restaurant and live music venue.

DiPiazza’s owner Steve Guillen said the break-in set off his alarm system at 4:22 a.m., and he hurried to the restaurant, arriving by about 4:30 a.m. to check on the damage.

“They got nothing,” he said. “They were in and out in about 3 minutes. They broke the patio sliding door and tried to open the register with a crowbar; they didn’t get in, but there wasn’t anything in there anyway, but they messed up the register pretty good, and they kicked in two interior doors to storage room but didn’t take anything.”

Guillen estimated the damage at $2,500. Despite the mess, he plans to open as usual at noon.

Guillen said another window was smashed at the El Burrito Grill at 5211 E. Pacific Coast Highway, just a few doors down from diPiazza’s. It’s not clear if anyone got in or took anything. The restaurant didn’t pick up the phone and police were still gathering details on the crimes. 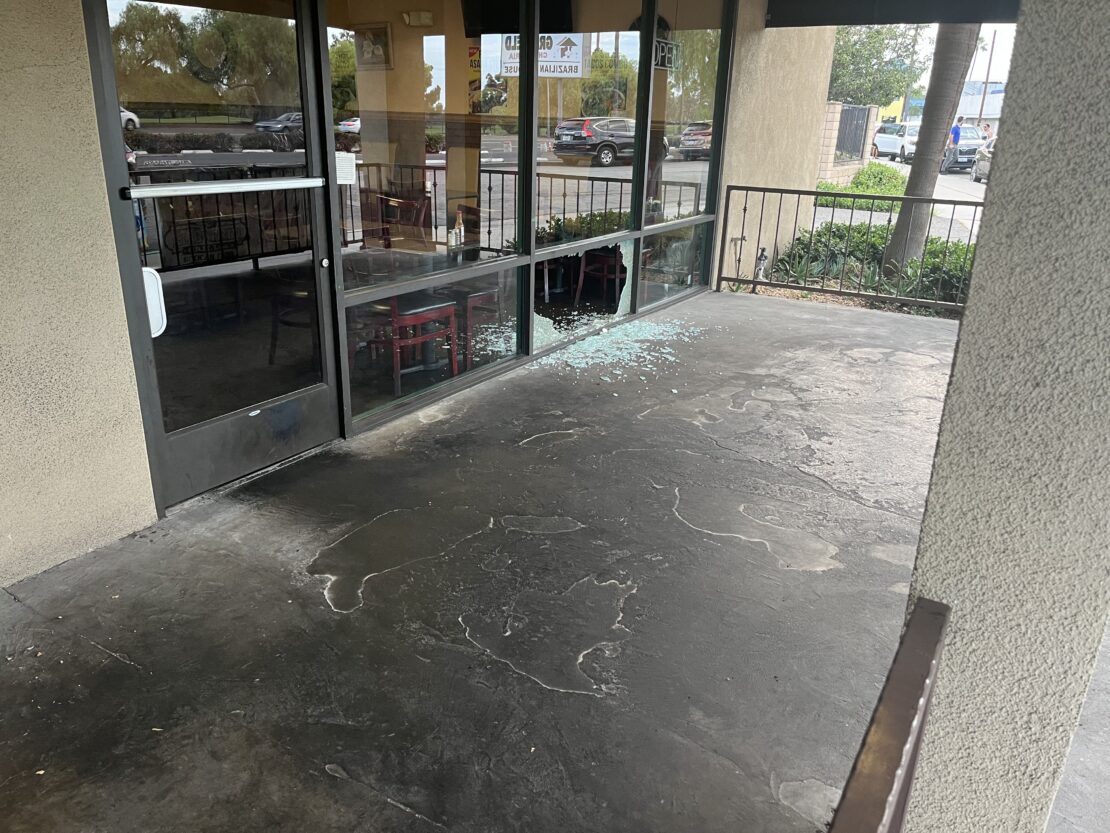 The front of El Burrito Grill, a few doors down from diPiazza’s, where a sliding glass door was also smashed. Photo courtesy Steve Guillen.