Police surround house after report of shooting inside but find no evidence of gunfire • Long Beach Post News Support our education reporting — make a tax-deductible donation today. GIVE NOW
- ADVERTISEMENT -

Police surrounded a home in North Long Beach after getting reports of a shooting there, but when officers swept through the house, they found nothing to suggest anything had happened, according to authorities.

Before discovering the shooting report was unfounded, at least a dozen officers and an armored vehicle headed to the home on Lemon Avenue just north of 61st Street shortly after noon.

Police also evacuated nearby homes, blocked off streets in the area and set up a perimeter to contain any possible suspects. Shortly after 1 p.m., they started using their public address system, telling anyone inside the house to come out. 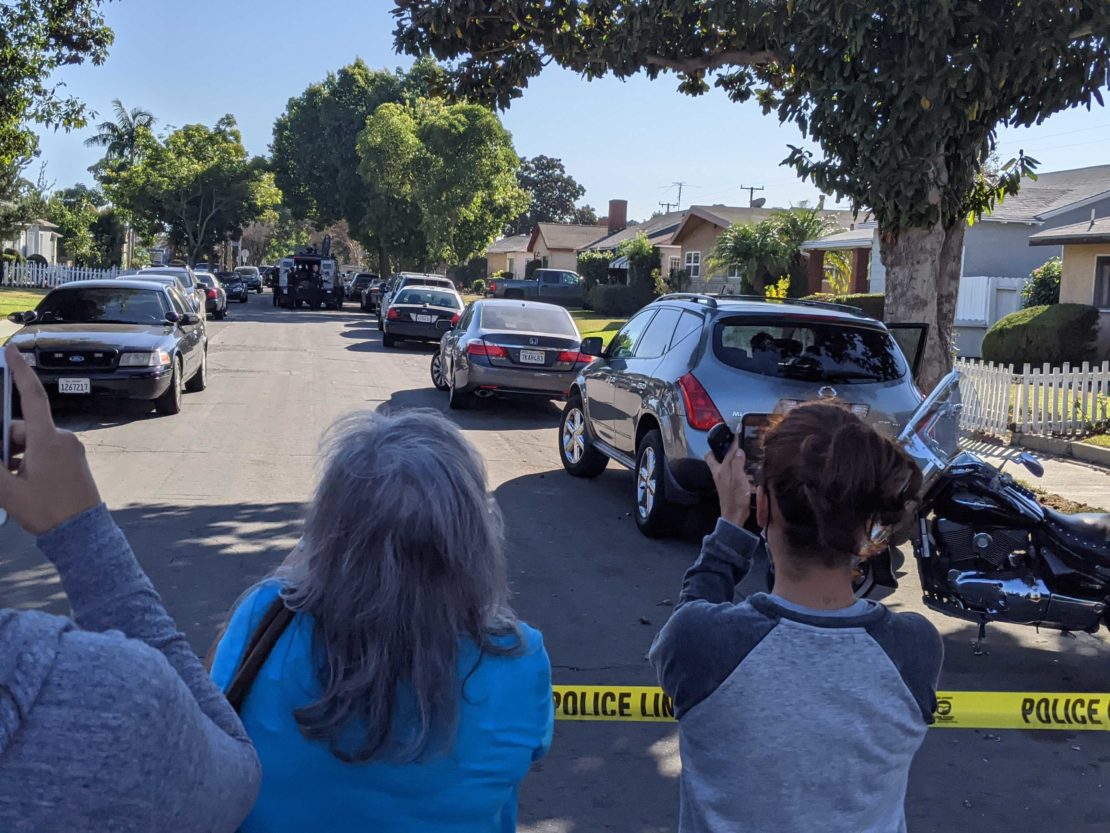 Neighbors watch as an armored vehicle moves down the street. Photo by Valerie Osier.

Neighbors in the area, however, said they hadn’t heard any gunshots.

“It’s been a quiet morning” said Alex Stack, who’d been evacuated. He suspected the call to police might have been a prank or the caller may have been mistaken about the address.

When officers finally swept through the home around 2 p.m., there was nobody inside, according to the LBPD.