Authorities are seeking information about a lottery scam that defrauded a Seal Beach man out of about $140,000.

Seal Beach Police Department officers learned of the scheme when they responded Friday to a call of theft by false pretenses, said Lt. Nick Nicholas.

The man who made the call told officers he received a letter in 2020 postmarked from Portugal that claimed he had won the lottery in Spain, Nicholas said. 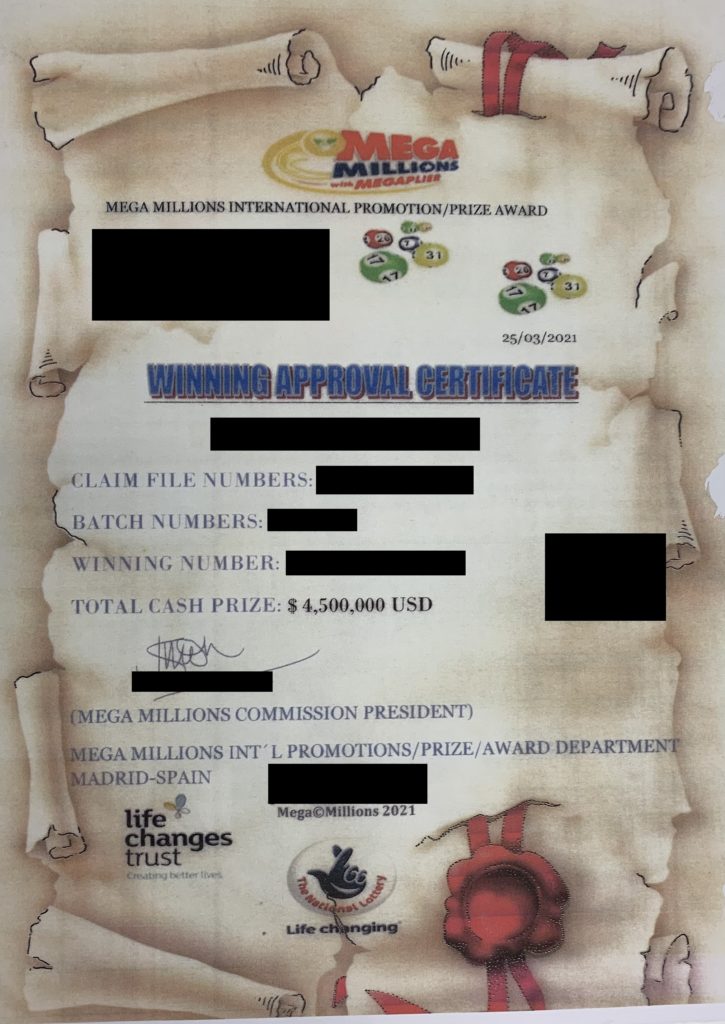 A picture of a fake notice sent to a men telling him he won the lottery. Photo courtesy Seal Beach Police.

The letter, which contained logos and images similar to those used by the California Lottery, claimed the man had to pay “upfront tax money” to claim his winnings.

The man sent money to the suspects using the United States Postal Service, Nicholas said. However, the suspects demanded additional payment from the man to “secure the lottery winnings.”

The man sent cashier’s checks to multiple individuals in the United States and Portugal over the course of several months. He discovered he was the victim of a scam after he sent about $140,000 and received nothing in return.

The Seal Beach Police Department, in cooperation with the FBI and international officials, is investigating the scam in an attempt to identify the suspects.

Anyone with information about the incident can contact Seal Beach Police Department Detective Jon Ainley at 562-799-4100, ext. 1113 or [email protected]