A Long Beach police officer shot a 25-year-old woman to death as she tried to stab her mother in Bluff Heights Sunday night, according to the department.

Police said the shooting happened after the second time they were called about the two women, who were in their apartment on Molino Avenue near Broadway.

The first call was around 9:40 p.m., which is when officers headed to the apartment because of some kind of dispute between the mother and daughter, according to a news release from the LBPD. Officers went to the home but left after “it was determined no crime had occurred,” police said.

“The mother was now reporting that her daughter was armed with a knife and was threatening her,” police said.

The first officer at the scene heard some kind of fight or dispute and made his way inside through a broken window, police said. He fired at the daughter when he saw her trying to stab her mother with a utility knife, according to the department. 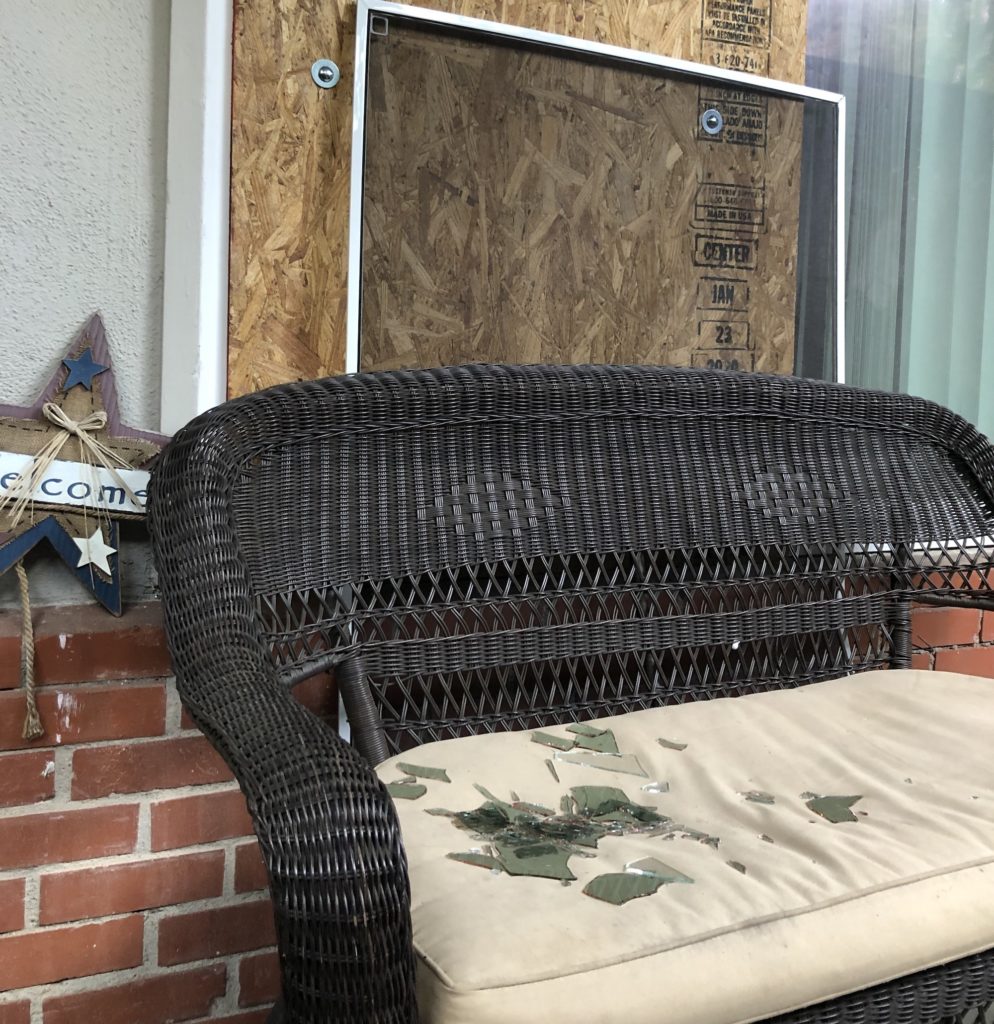 Long Beach police say an officer got in through this broken window, now boarded up, before shooting a woman threatening her mother with a knife. Photo by Jeremiah Dobruck.

Despite the commotion, a next-door neighbor—who asked not to be named—said she didn’t realize what was going on until she saw the glare from police flashlights under her door. She’d been working in her room with headphones on.

She said she was shocked about what happened to her neighbors, who appeared to be a normal family in the year she’s lived at the building.

Police said the officer who shot the daughter tried to give her life-saving medical treatment immediately afterward, but when paramedics arrived, they determined she was dead.

The mother had minor injuries but didn’t need medical attention, according to the department.

Around 8:15 Monday morning, a woman wrapped in a Dodger’s blanket returned to the apartment. She and a man walked slowly past the apartment’s broken window, now boarded up by a city contractor, and unlocked the front door.

They declined to talk about what happened, at least for now.

“We’ll call you,” she said before going inside.

LBPD homicide detectives and the Los Angeles County District Attorney’s office are investigating, which is typical for all police shootings in Long Beach.

The LBPD asked anyone with information to call detectives Adrian Garcia or Sean McGee at 562-570-7244.

Editor’s note: This story was updated with more details and the daughter’s name.