Police began searching for a gunman at an expansive apartment building in North Long Beach around 10:30 this morning after a person was wounded in a shooting there, according to authorities.

Police learned of the shooting after the victim was rushed to the hospital by a witness, Lt. Eric Fernandez said. He was in critical but stable condition, according to police spokesman Brandon Fahey.

So far, police have determined that the shooter approached the victim and shot him in the 2600 block of 56th Street before fleeing toward the 2600 block of 56th Way, which is around the corner. Both blocks are part of the Seaport Village Apartments, which are along Paramount Boulevard just south of South Street.

It’s so far unclear what the motive for the shooting was, but Fernandez said the gunman and victim knew each other. Some residents said they heard screaming before the gunshots. 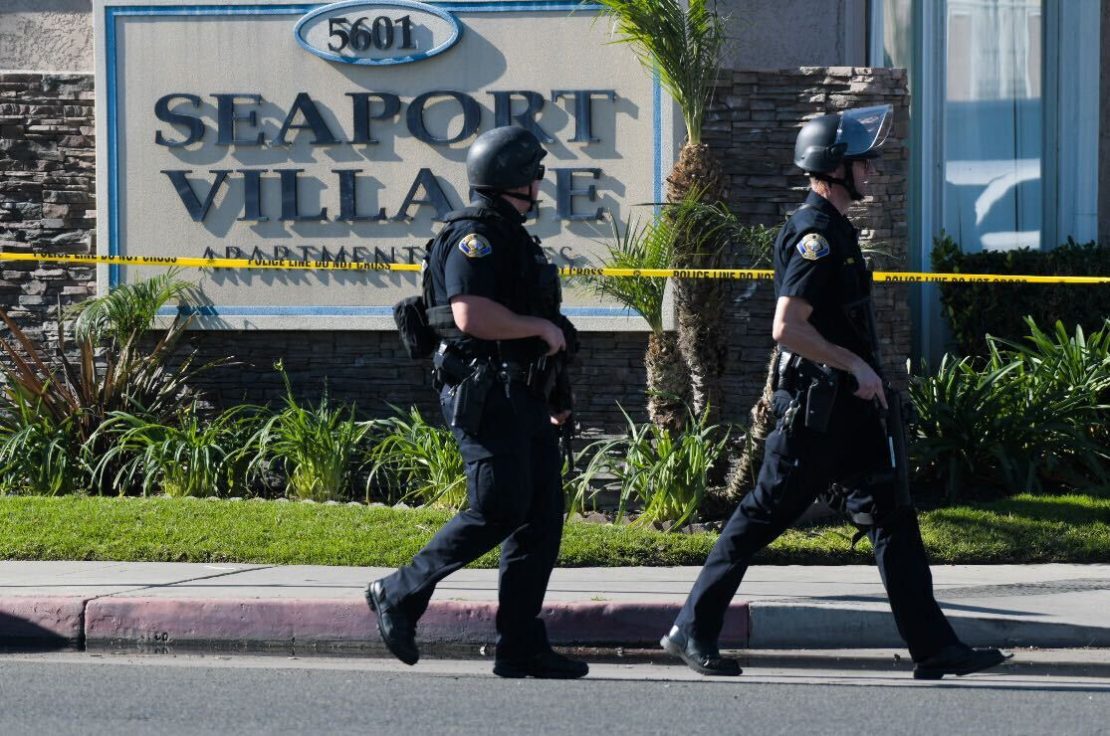 Police set a perimeter around the complex and were still at the scene in the afternoon. Officers seemed focused on one apartment in particular.

At about 1:30 p.m., police started making announcements over a loudspeaker, ordering whoever was inside to come out with their hands up.

By approximately 5 p.m., however, detectives determined the suspect was not inside the apartment and had already fled. Police had detained two people for questioning about 30 minutes earlier, Fahey said. 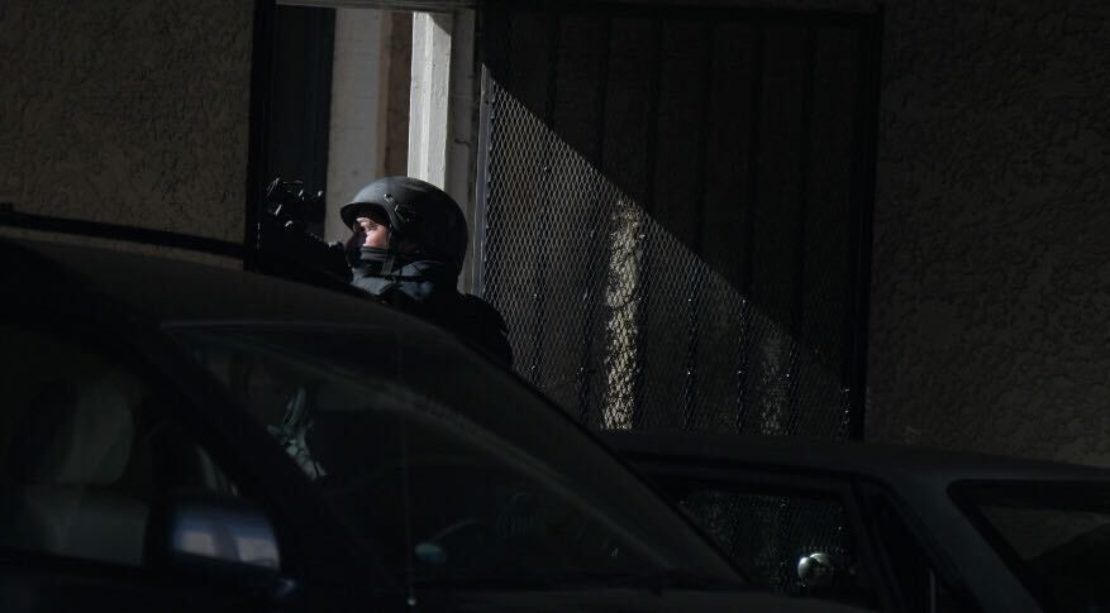 A police officer in tactical gear at the Seaport Village Apartments in North Long Beach on Jan. 11, 2021. Photo by Thomas R. Cordova.

The commotion caused anxiety for residents of the large complex. Some gathered across the street since they weren’t allowed past the crime tape.

One resident said she had just gotten to work when her 10-year-old daughter called her, scared.

“She said she heard screaming and heard, ‘Pop pop!'” the resident said, standing across the street because she can’t go into the crime scene.

Her daughter was in the middle of class on Zoom when it happened. “She’s nervous; her stomach hurts now,” she said. “They’re not used to this.” 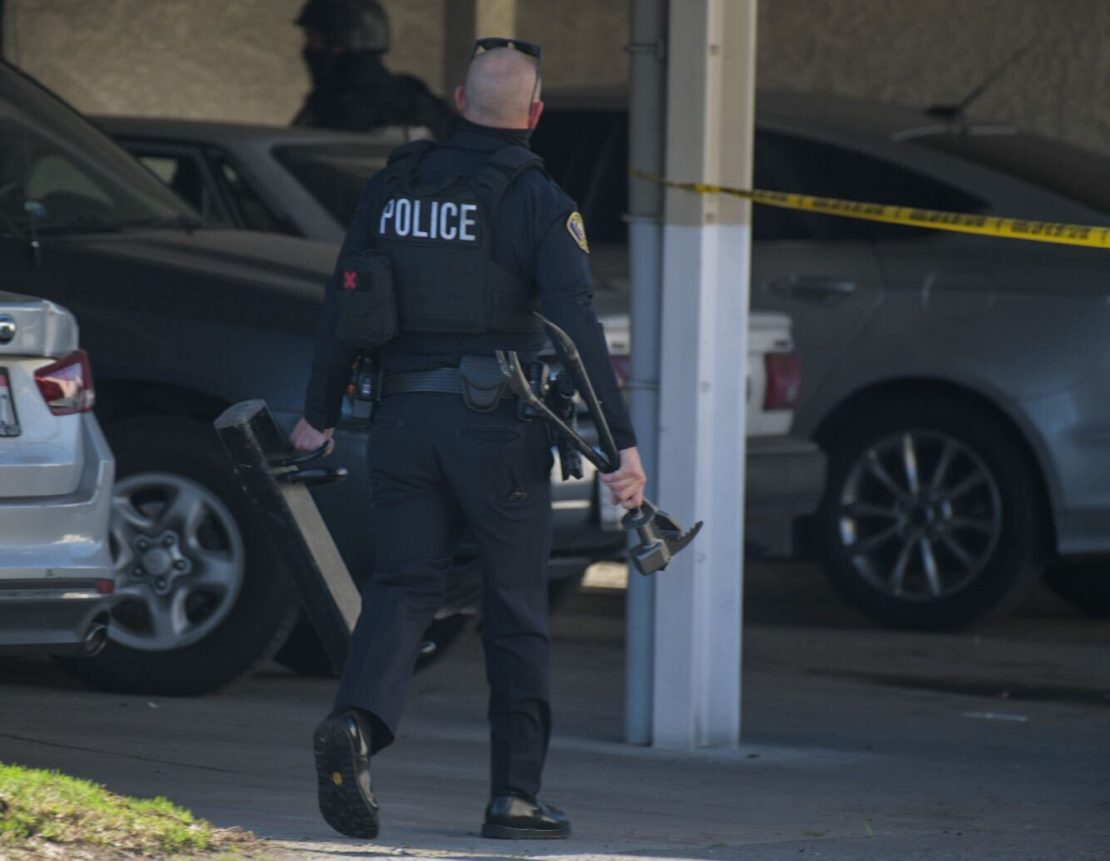 A police officer carries a battering ram and crowbars at the Seaport Village Apartments in North Long Beach on Jan. 11, 2021. Photo by Thomas R. Cordova. 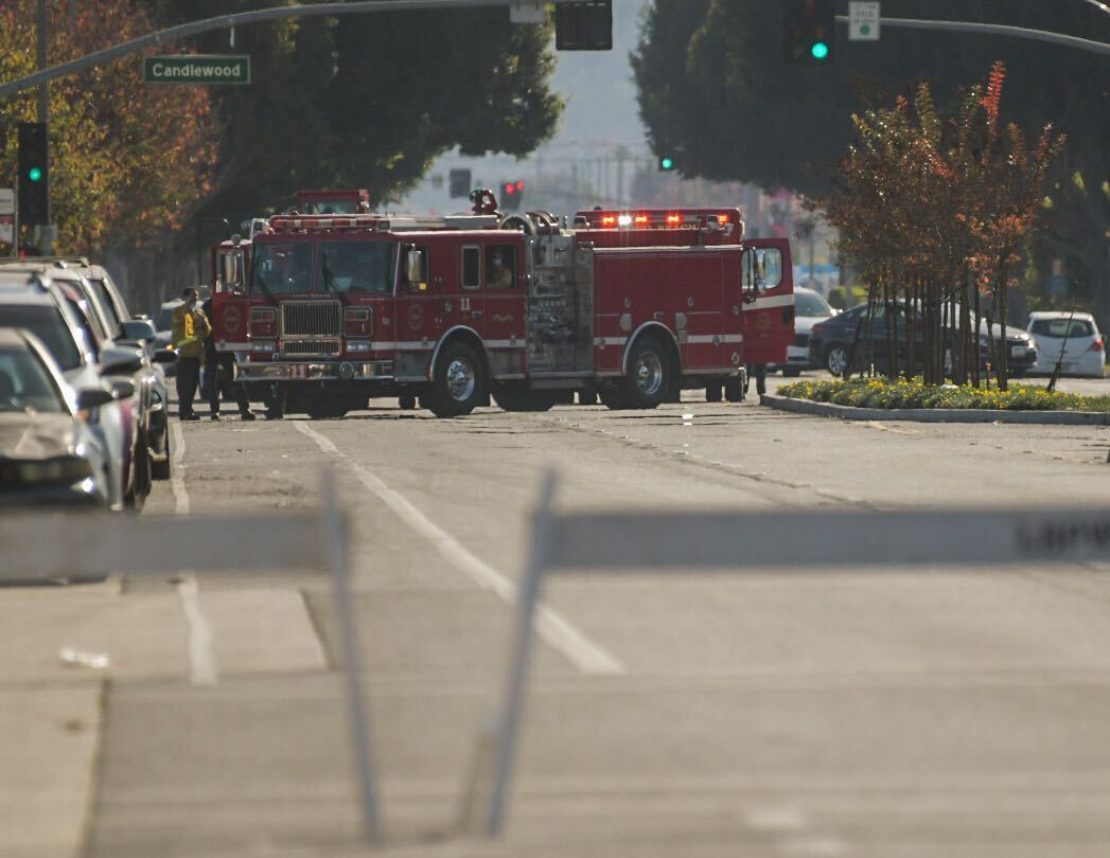 Officials shut down Paramount Boulevard as they investigated a shooting on Jan. 11, 2021. Photo by Thomas R. Cordova.

This story has been updated with additional information. Long Beach Post Reporter Valerie Osier and editor Jeremiah Dobruck contributed to this report.