Officers have arrested a man after a standoff on his boat at the Shoreline Marina that lasted several hours, according to the Long Beach Police Department.

The incident began at approximately 1 p.m. Wednesday when officers responded to a battery call, which they later determined to be felony spousal abuse, said LBPD spokesperson Allison Gallagher.

Police attempted to negotiate with the man, but he refused to comply with the officers’  commands to surrender, Gallagher said.

The SWAT team was activated, and officers employed “moderate force options” to detain the man, who was not identified, police said. Witnesses said police used tear gas and a less-lethal round to arrest the man.

The victim of the abuse was treated at the scene for non-life-threatening injuries, police said.

The man will be medically cleared prior to booking, according to authorities. 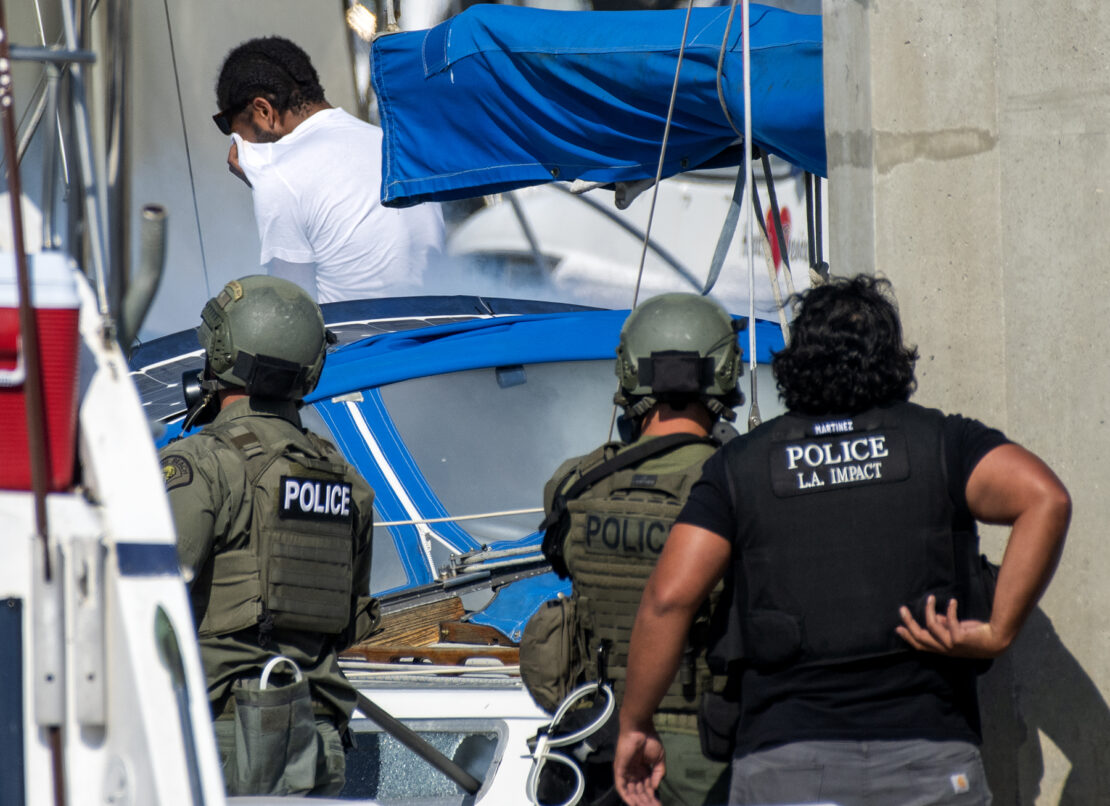 A suspect covers his face with his shirt after police fired tear gas to get him to surrender on Wednesday, May 12, 2021. Photo by Thomas R. Cordova.