An average of 2,455 vehicles were stolen in Long Beach each year over the past three years, for a rate that was nearly twice the national average, a new study found.

The study by CoPilot, which focuses on auto industry data, looked at auto theft rates in the country’s 150 biggest cities from 2017 through 2019. Overall, the study found that nearly 750,000 vehicles are stolen in the United States each year, for an average of 228 per 100,000 residents and a loss of $6 billion annually.

The top 10 cities with the highest annual auto theft rates were: 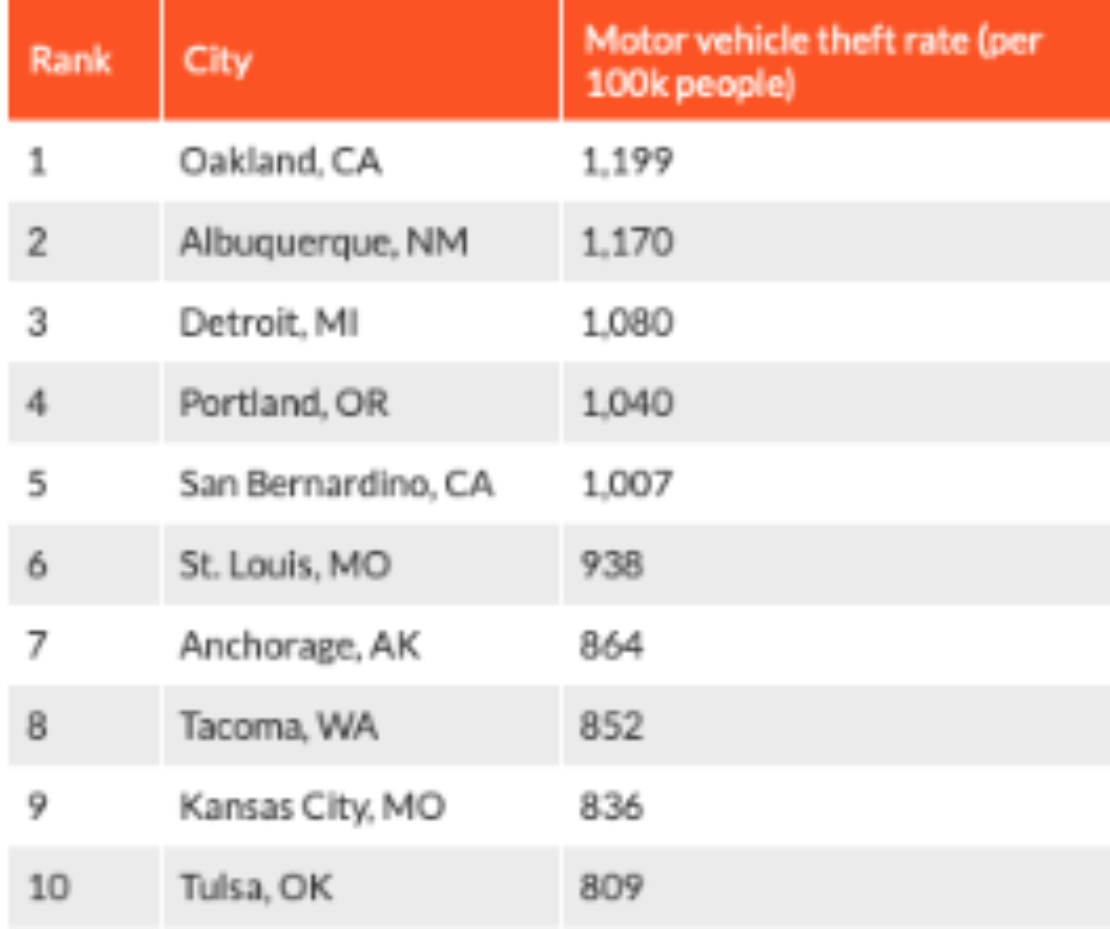 Auto theft in Long Beach is up this year, according to police department data. As of July, grand theft auto was up 7% compared to the city’s 5-year average.

The trend reflects an overall 3% increase in property crime this year, which Long Beach Police officials have attributed in part to recent shift in no-money bail for some offenses.