The seizures of prohibited meat products from China continue at levels never seen before at the Los Angeles and Long Beach seaport complex, authorities said today.

According to U.S. Customs and Border Protection, in the first quarter of fiscal year 2022, which ran from October through December of 2021, agriculture specialists intercepted 262,237 pounds of prohibited pork, chicken, beef and duck products—a 33% increase from the same period the year before.

The increase began intensifying in fiscal year 2021 when, in the midst of the COVID-19 pandemic, the volume of prohibited animal products seized at the LA/LB seaport reached a record 786,514 pounds, up 80% from the previous year, authorities said. 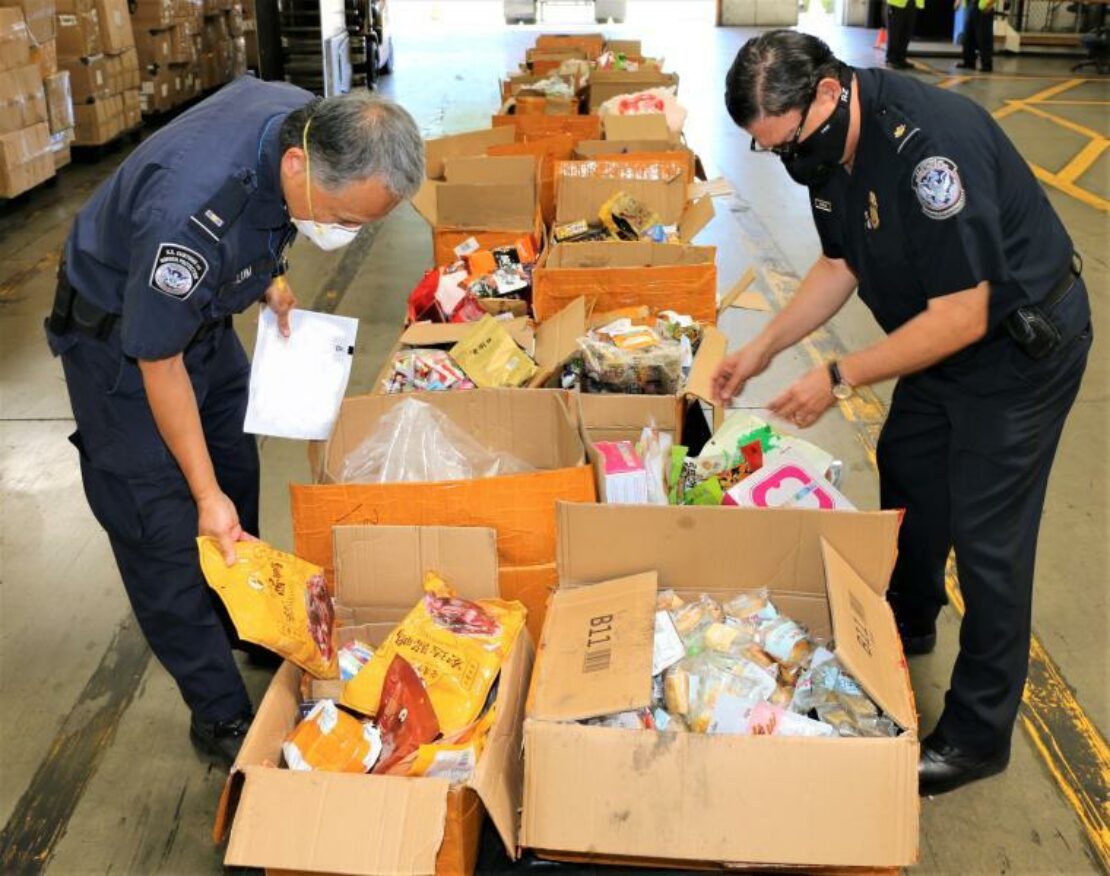 “Preventing the introduction of foreign contagious animal diseases and noxious pests at our nation’s largest seaport is paramount and vital to our agriculture industry and the well-being of the communities we serve,” Carlos C. Martel, CBP director of field operations in Los Angeles, said in a statement.

CBP agriculture specialists found most of the prohibited animal products mixed in boxes of e-commerce shipments and household goods—in an attempt to smuggle the meats into the country, authorities said.