Ever since their best friend of 25 years was killed in a hit-and-run two days after Christmas, Christine Sorge hasn’t been able to think about much else.

“To know how she was struck not once but twice, I can’t even sleep at night,” Sorge said during a phone interview. “She was like a porcelain doll, very fragile, so happy and loved everyone.”

“She was like Madonna. So punk rock and so barbie too,” Sorge said. “She wanted to be rich and famous no matter what.”

Hooker was born in Las Vegas on July 21, 1980. She met Sorge 25 years ago when they were both at a Las Vegas nightclub. In 2004, Sorge moved to Las Vegas for six years, and their relationship blossomed. The two had become inseparable, and to Sorge, Hooker was like a little sister.

“We’ve been to the gutter and back together,” Sorge said. “She’s lived a rough life and we were always her saviors.”

In Vegas, Hooker found work as a stripper and modeled for a couple of fashion photography magazines, Sorge said. But life in Las Vegas didn’t come without its difficulties. Hooker struggled with addiction, according to Sorge. And after Sorge left Las Vegas for California around 2010, the city became lonelier for Hooker.

Eventually, she decided to move to Long Beach to be closer to Sorge’s family while simultaneously pursuing a love interest. During this time, those who knew her said she was at her happiest. She was focusing on her modeling.

“She loved dressing up, putting make-up on,” Sorge said. “She was the girly girl for everything.”

On Jan. 7, about two weeks after Hooker was killed in a hit-and-run, Sorge hosted a vigil just a few yards from where the crash happened. Friends and family reminisced over their memories with Hooker. 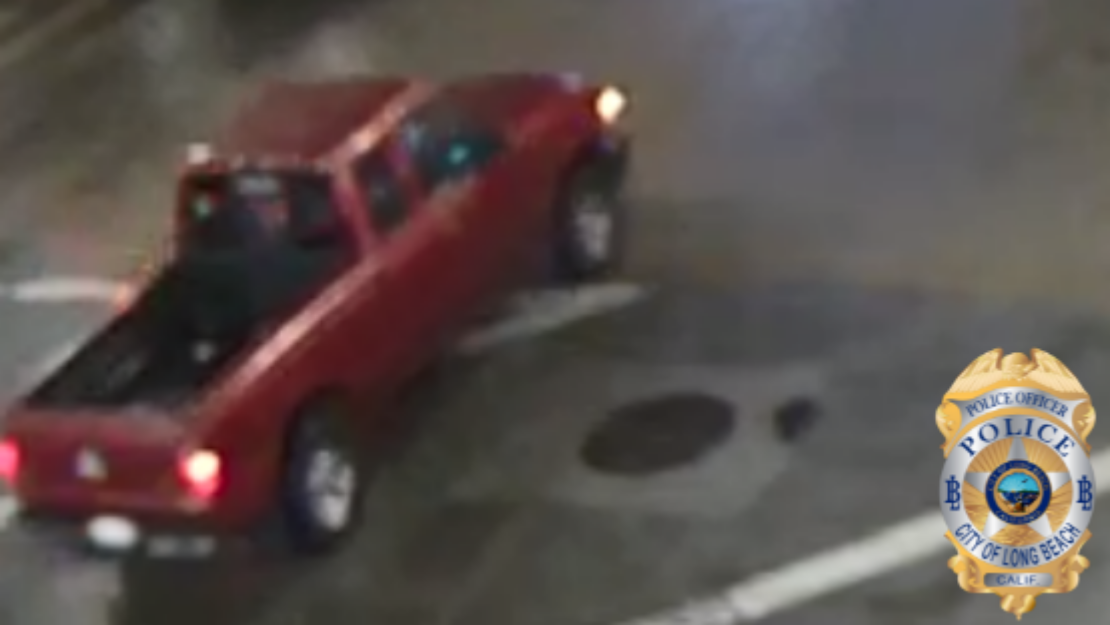 Friends say Hooker had just finished doing some shopping about five minutes away from her Sixth Street apartment on Monday, Dec. 27, when she was struck by the driver of a red pickup truck going westbound on Fourth Street in Downtown Long Beach.

Shortly after, the driver of a Chevy Camaro ran over Hooker’s body and dragged her toward Pine Avenue, according to police. Hooker, 41, was pronounced dead at the scene by first responders.

As soon as Hooker’s former roommate Tommy Makris heard about her vigil, he made the trip from Las Vegas to Long Beach. Makris said he met Hooker while he was working as a casino host in 2006. They instantly hit it off and became friends, he said.

“She was a great person,” Makris said. “During tough times, she always tried to find a better perspective of looking at things. She was always the first one to help out.”

Sorge said it has been difficult to get closure while waiting for police to make an arrest. In the wake of her death, Hooker’s friends say they want justice.

“She wanted to be happy and have a happy life,” Sorge said. “There’s no one on this earth that will ever ever be like her again.”