The Long Beach City Council on Tuesday added its voice to calls for the federal government to clean up a massive, newly discovered dumpsite for harmful chemicals off the coast of Catalina Island.

The council voted to draft a local resolution supporting Assemblyman Patrick O’Donnell’s statewide resolution urging the Environmental Protection Agency to take action regarding a massive underwater site where researchers have discovered as many as half a million abandoned barrels of the now-banned pesticide DDT.

“DDT is bad stuff, and this situation needs rapid attention and has the potential to become what I call a huge unnatural disaster, in that it is a disaster created by man, and man must address it and fix it,” O’Donnell (D-Long Beach) said during Tuesday’s City Council meeting.

O’Donnell referenced UC Santa Barbara scientist David Valentine’s findings regarding the waste dump, and Scripps Institution of Oceanography and University of California San Diego’s subsequent discovery of over 27,000 barrels of waste around the area. 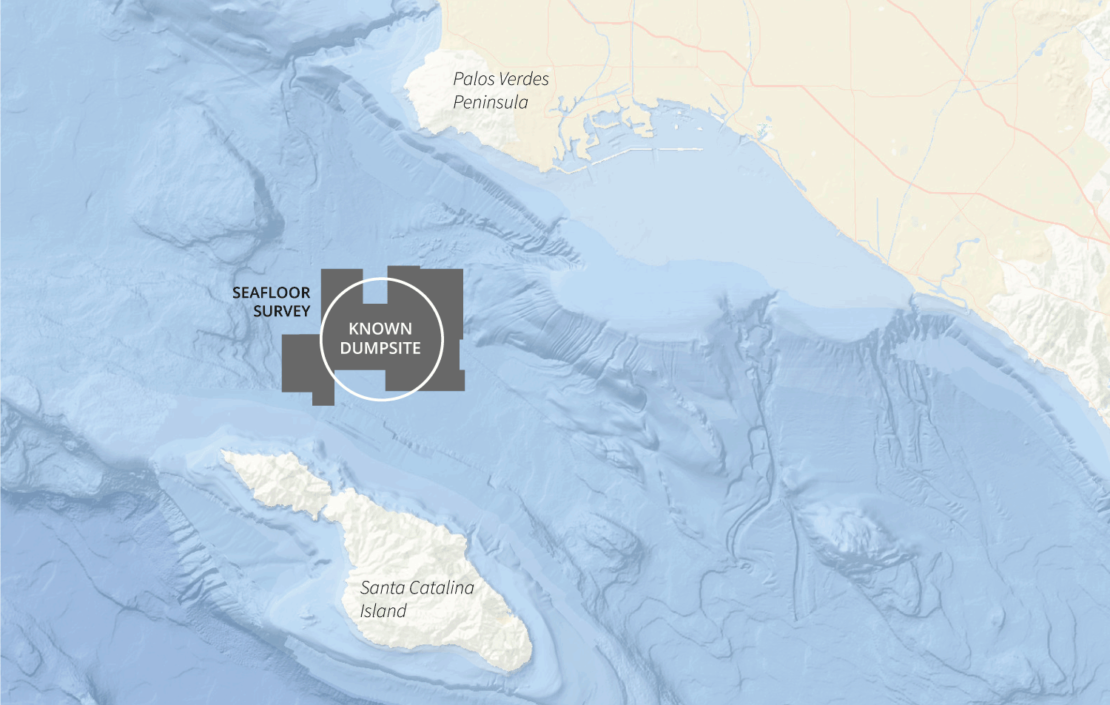 A map of the DDT dumpsite in the Pacific Ocean near Catalina Island. Graphic by Dennis Dean.

“The site has already done untold damage to our oceans and threatens to do even more without swift action, and that is what we are calling for,” said O’Donnell.

In addition to O’Donnell’s resolution that is currently going through the legislature, the Los Angeles County Board of Supervisors has also passed a motion calling on the federal government to address this environmental hazard.

“As important as our coastal resources are, it is also important that Long Beach adds its voice in support of Assemblymember O’Donnell’s legislation as well as the county’s action with the resolution calling on Congress and the EPA to take appropriate measures,” said Austin.

The California Coastal Commission also supports the resolution, according to Uranga, who is on the commission.

“The amount of damage that’s happened to our coastal assets and marine life is significant, and this is an obviously very dangerous substance, and a lot of more work and research has to be put in place to understand how to really mitigate what’s going on, and also protect ourselves in the future from other sorts of instances happening,” said Mayor Robert Garcia.