Did you drop off your ballot in the library book return? City Clerk reminds voters to be careful • Long Beach Post News
- ADVERTISEMENT -

If you’re dropping off your ballot in an official vote-by-mail dropbox near a local library, it’s a good idea to make sure you’re not accidentally putting it in the book-return box.

The Long Beach City Clerk this week reminded voters to be extra careful after some ballots were found in the library book-return box at the city’s Billie Jean King Main Library in Downtown. The ballot box and book return are of a similar shape and size, so City Clerk Monique De La Garza said she thought it would be best to put out a reminder on social media.

“We thought our post would be helpful going forward,” she said in an email. 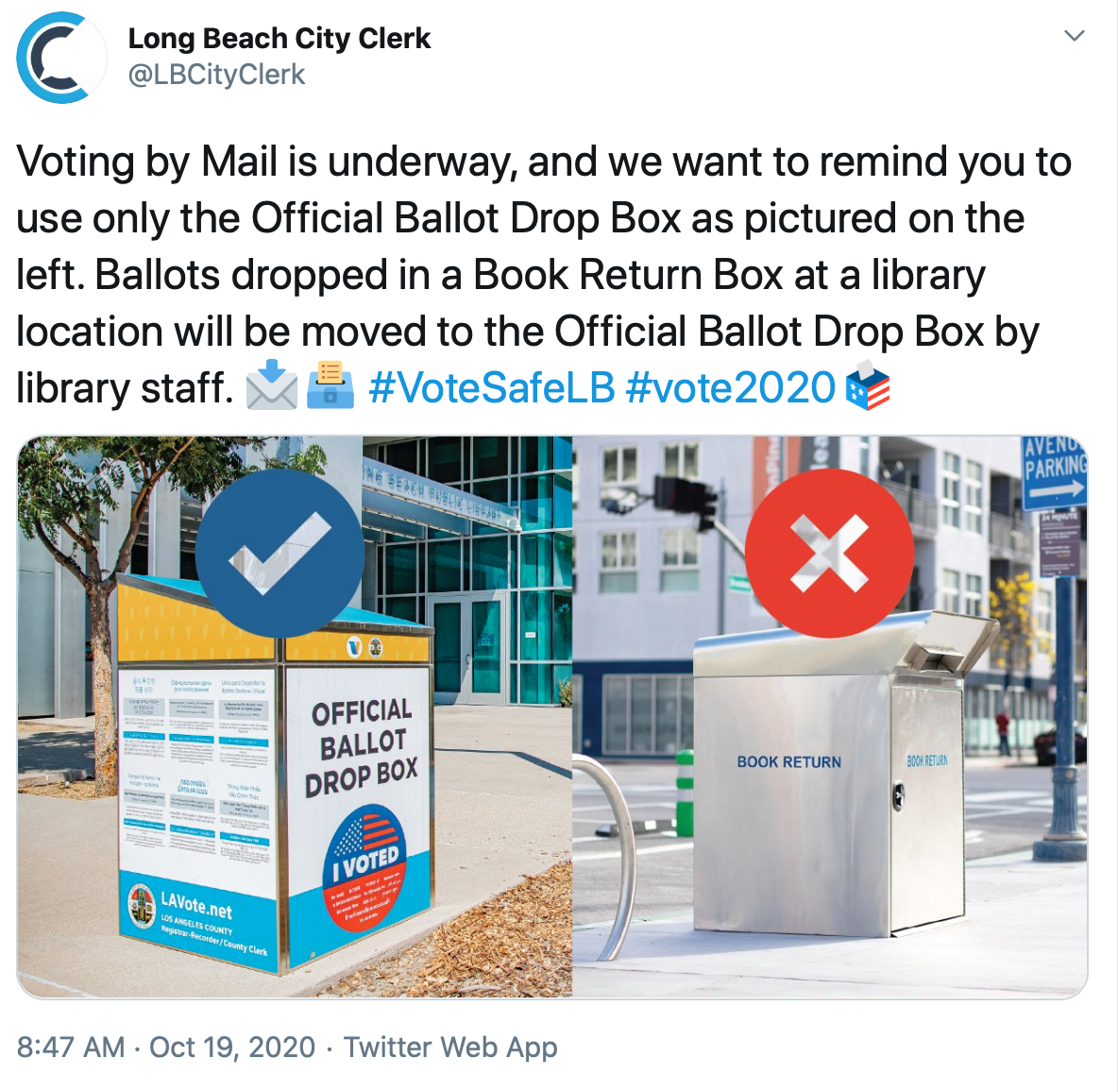 De La Garza said it was just “a few” ballots and that library staff placed them in the correct drop box. Don’t worry, they’ll still be counted.

“We confirmed with the county and there are no legal issues with library staff putting the ballots in the correct ballot drop-off box,” she added.

With less than two weeks before Election Day, officials are preparing for more possible confusion and chaos.

On Sunday, a fire destroyed ballots inside a vote-by-mail dropbox outside the Baldwin Park Library but a significant number of votes were recovered. The blaze is being investigated as possible arson. Since the fire, elections officials have started picking up dropped-off ballots daily.

Meanwhile, the Long Beach Police Department has said it is ramping up patrols on Election Day in the event of possible unrest.