From the street, the house on the northwest corner of 10th and Locust looks like a lot of Downtown houses that haven’t been sufficiently coddled by its owners for the last century. It needs paint, it could use some new window dressing, a week’s worth of scraping and painting wouldn’t hurt. Like so many other places in the oldest part of Long Beach, it has a lot of promise, but who’s got the time or energy these days?

And, yet, the City Council Tuesday night designated the house-turned-multi-family residence as a historical landmark. It’s a status the home has achieved for a couple of reasons: one, for its notable architect, and two, for the person who commissioned it.

It’s called the Charles A. Buffum House, named for its first owner who co-founded, with his brother Edwin, the Buffums’ Department Store chain that began eight years after the Buffums brothers moved to California from La Fayette, Illinois in 1904.

The Buffums, who had been in the dry goods business in Illinois, first formed the Mercantile Company in Long Beach and in 1912, they opened Buffums’, a three-story upscale store on Pine at Broadway in Downtown Long Beach. Eventually, they added three more floors and the chain grew to 16 stores from Long Beach to San Diego.

Charles Buffum was a major player in the city’s early days. He served on the Board of Education for six years, was made president of the chamber of commerce in 1920 and was mayor from 1921 through 1924.

Charles Buffum’s home was designed by a young architect, W. Horace Austin, who was born in Abilene, Kansas and moved to Long Beach in 1893 to become one of the first architects to set up business in Long Beach.

Austin built several apartment houses in town, as well as many of the city’s most prestigious buildings and schools. He designed the Municipal Auditorium, Poly High School, the Downtown YMCA, Long Beach Airport terminal, Farmers and Merchants Bank and remodeled Wilson High and Washington Junior High following the 1933 earthquake—and he was the architect of the Downtown Buffums’ store.

In recommending the Charles Buffum House for historic designation, the Cultural Heritage Commission noted its Edwardian architecture style that was at its height in popularity between 1902 and 1920. The home has a turret, featuring a hexagonal roof, double-hung wood-frame windows that extends above the second-story roofline, a deep covered porch, a large bay window looking toward the east and a set of dormer windows, each accented with gable roofs, on the south side. 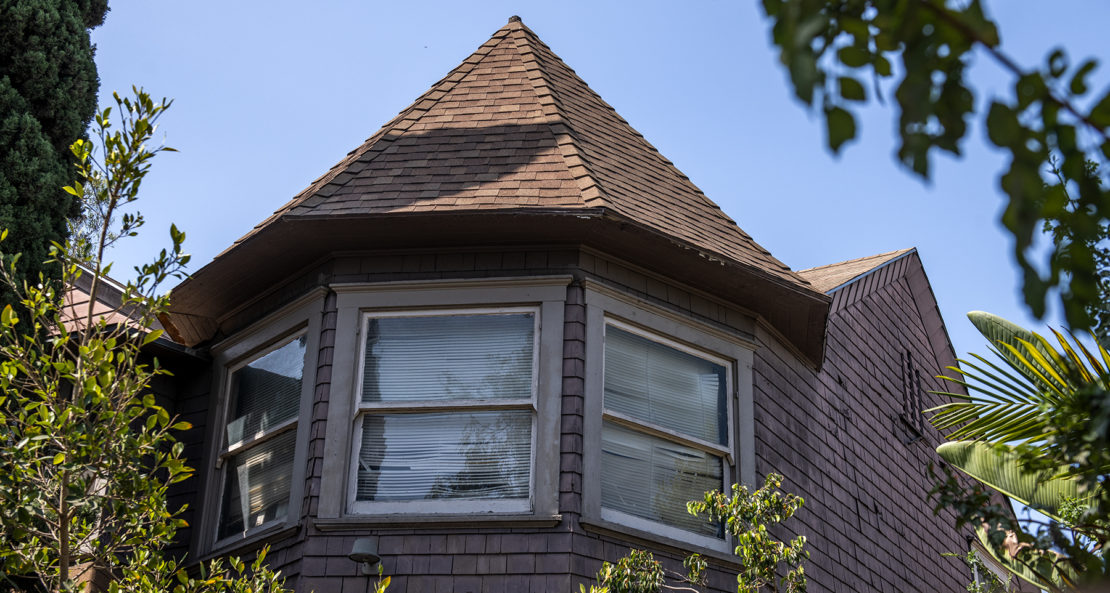 It’s unclear how enamored Buffum or his wife Fern, who he married in 1895, were of the  now-historical home.

In old city directories, it was last listed as their residence in 1907. Subsequent directories had the couple (and their three children) living on First Street, and Atlantic, Linden and Lindero avenues.

Charles Buffum died in October 1936. The Buffums’ chain ceased operations with the closure of its 16 stores in 1991.