The family and friends of a man who was found lying unresponsive in an East Long Beach street last weekend are meeting starting at 11 a.m. Sunday at the pizza place he was last seen leaving. where they hope to share fond memories of him and collect donations for his medical care.

Jay McManus, 61, was believed to be walking home from Avenue 3 Pizza, located at the intersection of Palo Verde Avenue and Stearns Street, on the night of Aug. 14 but never made it home.

His family says he was found in the middle of a street stripped of his clothes and valuables and could have laid there for nearly seven hours before being discovered by the Long Beach Fire Department. He was just two-tenths of a mile away from the restaurant.

Jimmy McManus, Jay’s son, said they’re not calling Sunday’s gathering a celebration of life event, as the family is still holding out hope for a miracle.

“His heart’s still kicking and i gotta believe it’s for a reason,” Jimmy said.

The family is welcoming anyone who wants to remember Jay to show up and spend time with his family and friends.

The gathering, which will be at Avenue 3 Pizza, will run from 11 a.m. until the restaurant closes, and people wanting to make donations are welcome to do that, Jimmy said. But the event was born more out of the desire to be around people who loved his dad, McManus said.

“Just to see all my dad’s friends, some of my family, my friends that knew my dad,” Jimmy said of the point of the event. “Some of my friends didn’t have their fathers in their lives and they looked up to him. They called him ‘Big Jay.’” 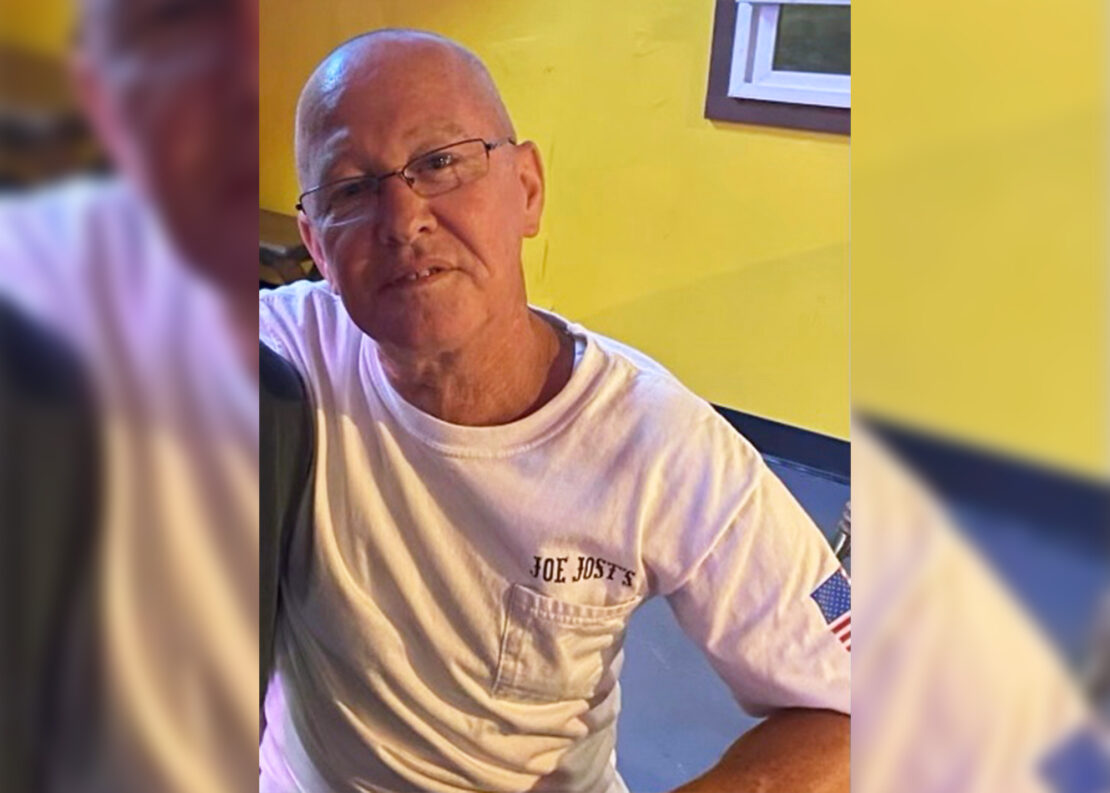 Jay McManus was found lying in the street in the Los Altos South neighborhood early Sunday morning, Aug. 15, according to the Long Beach Police Department. Photo courtesy of Rex Marshall.

A GoFundMe has been set up for the family to help with what is expected to be expensive medical bills. Jay has been hospitalized since Sunday morning.

Charlie Shaw, the owner of Avenue 3, said that Jay and his family had been coming in for 25 years. While the details of how Avenue 3 will participate in the fundraiser have yet to be worked out, Shaw said it was the least he could do for such good man.

“This guy, Jay, was a really good friend, he wasn’t just a customer,” Shaw said.

The Long Beach Police Department said that an investigation is ongoing but the department has not been able to determine if a crime has been committed because they haven’t been able to get a statement from Jay, who is feared to have suffered traumatic brain injuries.

Jimmy fondly remembers his dad and the special relationship he’s developed with his own son. The two had grown very close as Jay helped to take care of his grandson during the pandemic when they’d often go on long bike rides.

“He was always so proud of his grandson,” he said.

The last time he talked to his dad was the morning before he was discovered lying in the street. Jimmy had recently bought a new black Cadillac and was driving it out to see a friend in Riverside and Jay offered to wax it.

“He was happy, it was a nice wax and the car looked great,” Jimmy said.

The two liked to ride motorcycles together and work on cars and were in the middle of rebuilding a 1967 Volkswagen Bug, one of his dad’s favorites, Jimmy said. Jimmy is planning on riding Jay’s Harley-Davidson motorcycle to the event at Avenue 3 Pizza along with some of his dad’s friends.

Jimmy said his family has dealt with a spectrum of emotions over the past few days from confusion and anger to hurt and happiness while remembering the good times they had with him.

He’s hoping that the those responsible for what happened to his dad will turn themselves in.

“If it was an accident, a hit-and-run, then do the right thing because this was a good man,” Jimmy said. “But if this was an evil thing and this was an attack then we’re just looking for justice, and to get this person off the street and out of our neighborhood.”