Long Beach firefighters were called to a two-alarm fire in the attic of a closed seafood restaurant in East Long Beach on Wednesday just before 1 p.m.

When firefighters arrived, they saw light smoke coming from the roof of the building on the 4100 block of Norse Way, where LV Seafood Chinese Restaurant is located. When the firefighters opened the roof, they saw the body of the fire was in the attic and upgraded it to a two-alarm fire, according to fire department spokesman Brian Fisk. 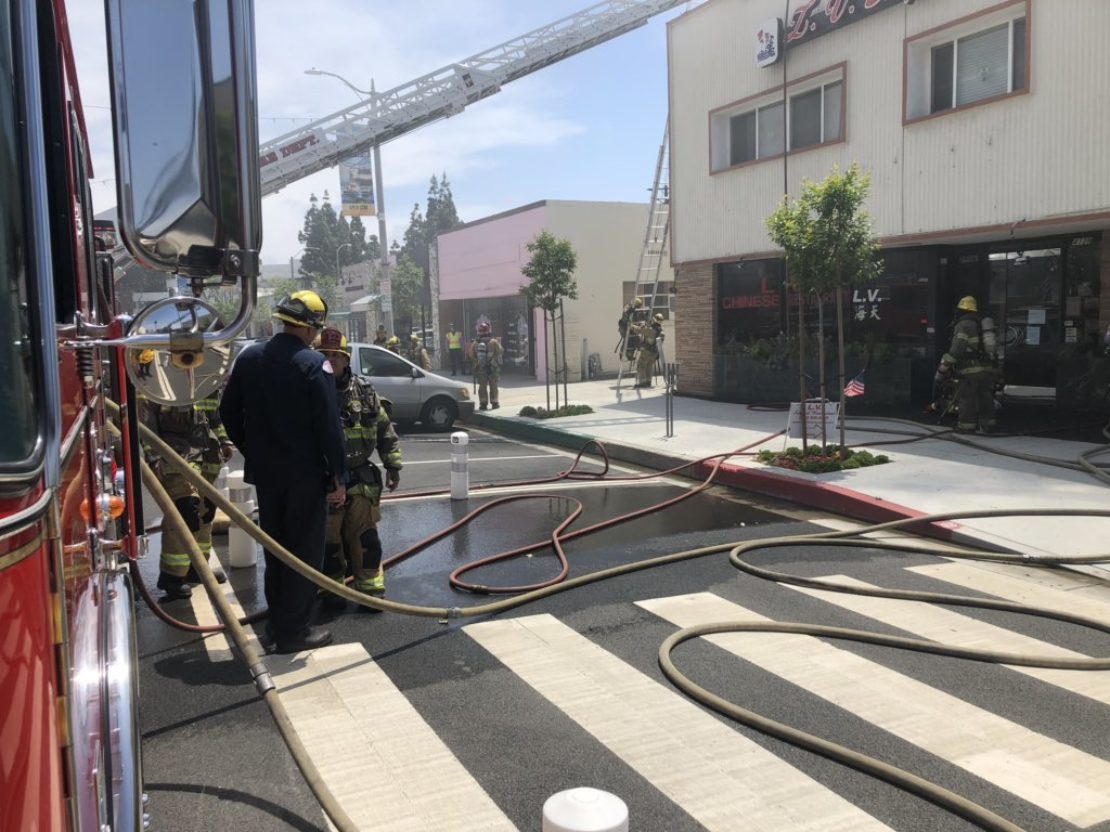 It is so far unclear whether the restaurant was open for to-go orders, but about four or five workers were inside and able to be evacuated by the time the firefighters got there, he said.

It took firefighters about 30 minutes to douse the flames after they performed aggressive fire attacks on the roof of the building, Fisk said. LA County firefighters also assisted in the incident.

The cause of the fire is still under investigation. No civilians or firefighters were injured, Fisk said.