Three people were taken to the hospital Friday morning after firefighters doused a blaze that sent thick smoke billowing from the sixth story of a high-rise residential building in Downtown Long Beach.

The fire started just before 11:30 a.m. at the seven-story building at Atlantic Avenue and Fourth Street. More than a dozen Long Beach Fire Department units responded to the blaze. They were able to douse the flames within 10 minutes of arriving, according to the LBFD. 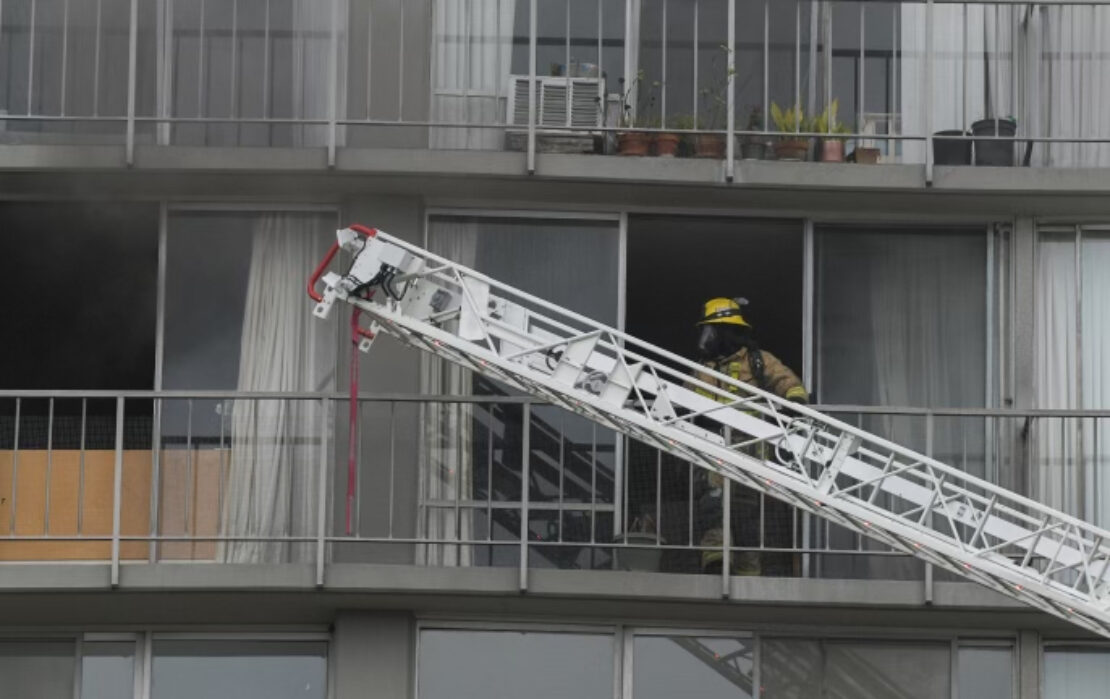 Flames and smoke choked the fifth and sixth floors of a building at Fourth Street and Atlantic Avenue in Long Beach on Friday, Oct. 14, 2022. Photo by Thomas R. Cordova.

None of the injuries caused by the blaze were life-threatening, according to LBFD officials, who said the patients were being treated for smoke inhalation.

Fire investigators were working to determine what started the blaze. Many residents were able to evacuate after someone pulled a fire alarm, but some were stuck on the seventh floor where firefighters were working to get them down.

First-responders were also working to determine the extent of the damage and how many people would be displaced from their homes. 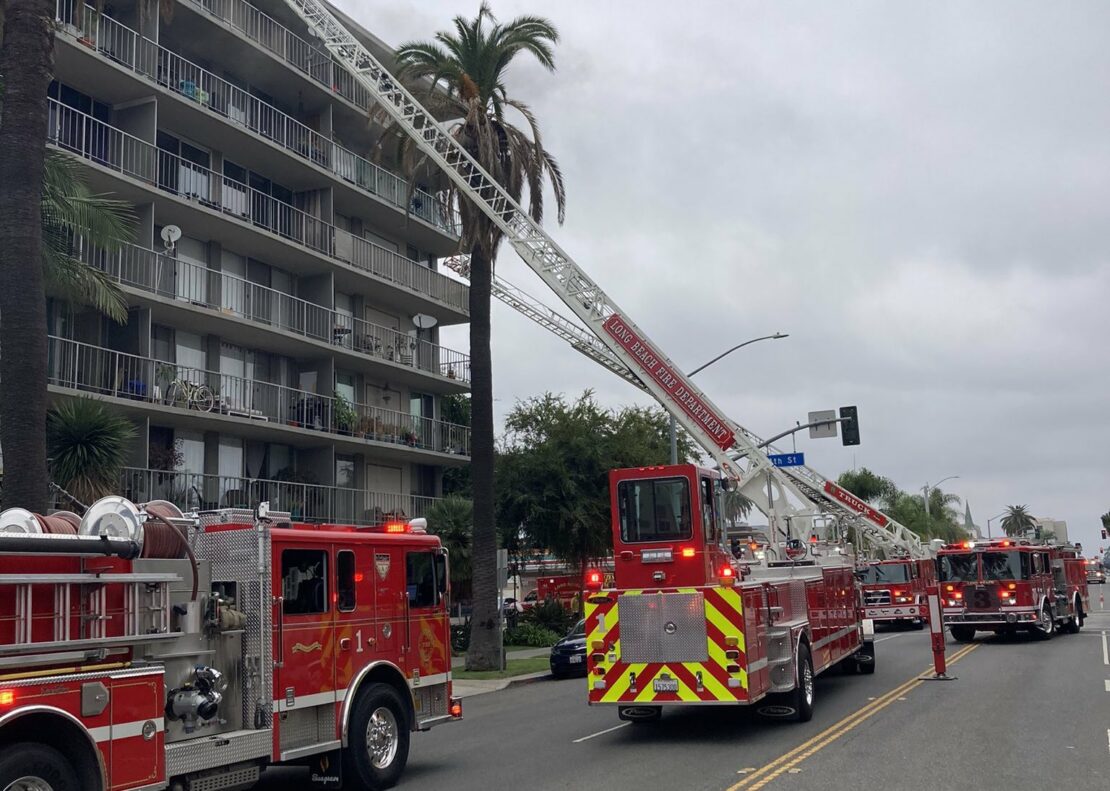 LBFD trucks outside a seven-story building at Atlantic Avenue and Fourth Street where they doused a fire on one of the upper floors. Photo courtesy the LBFD.

This is a breaking news story. It will be updated.

11:29am- 2nd Alarm-LBFD scene of a residential high rise fire at the 300 blk of Atlantic Ave. First in units reported heavy smoke & fire coming from one unit on 6th floor. Fire extinguished and investigators are on scene. 3 patients transported with non-life threatening injuries pic.twitter.com/8a8KH2ZLJl