Four firefighters were injured Friday morning when a cache of fireworks exploded while crews were battling flames at a Belmont Shore apartment building, according to authorities.

The blaze started around 8:23 a.m. in the 3900 block of Allin Street, which is next door to the Belmont Brewing Company near the Belmont Pier. When Long Beach fire crews arrived at the scene, they saw fire coming from the third floor of the building.

Then, as firefighters engaged the blaze, a powerful blast suddenly came from the corner of a second-floor apartment, shaking the structure, said Gus Guzman, a long-time resident who was evacuated from his home and witnessed the event. 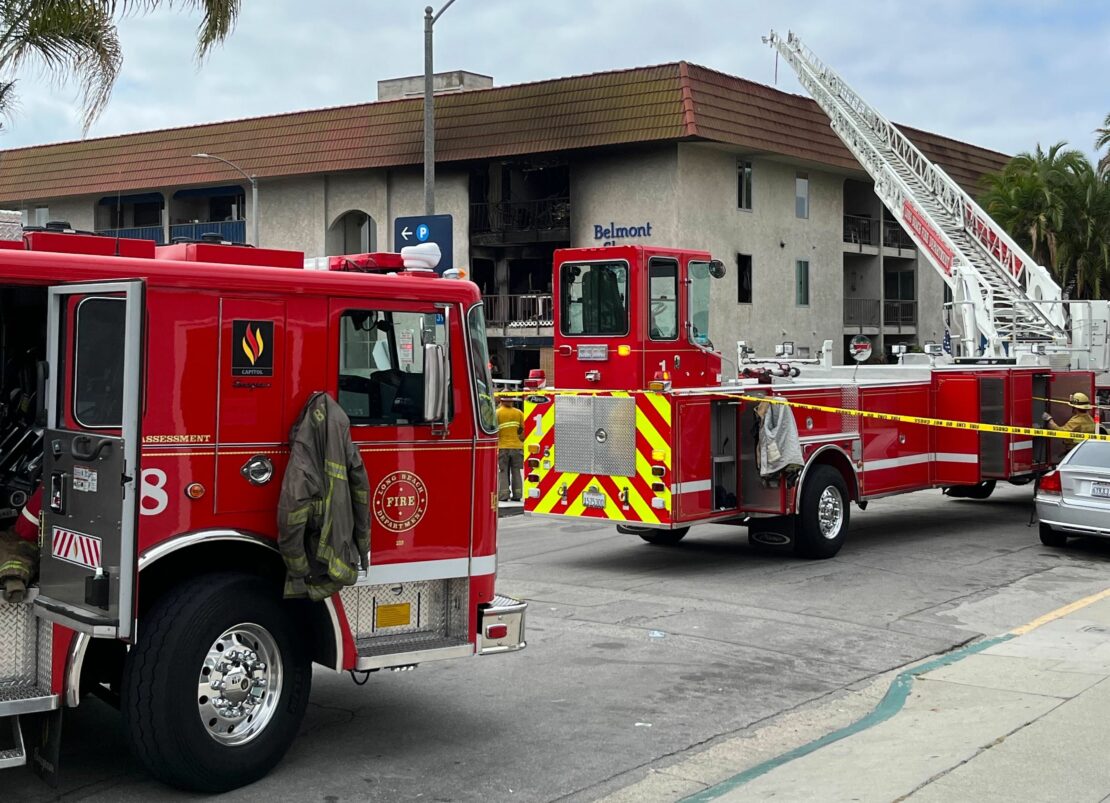 Firefighters mop up after a blaze at an apartment building in Belmont Shore on Friday, June 17, 2022. Photo by Kelly Puente.

The blast blew out the side windows of the apartment, scorching the third-floor apartment above the unit where the explosion occurred.

“It was a big explosion,” said Guzman, who has resided in the apartment complex for 12 years. “Firefighters were ducking for cover.” 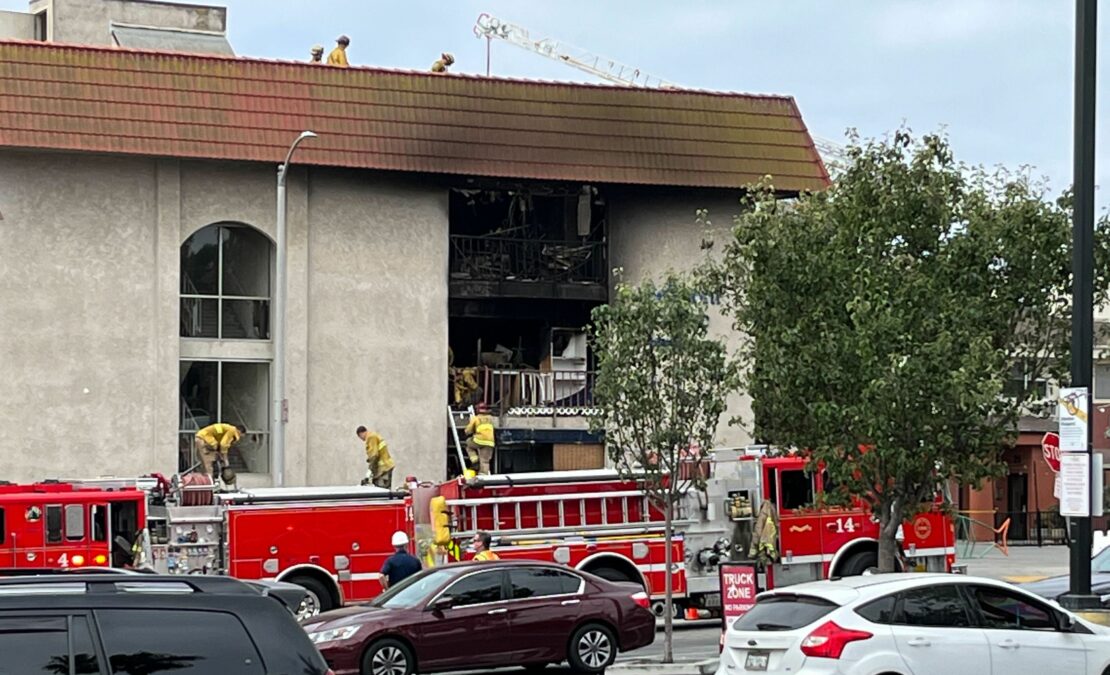 The damage left from a fire at a Belmont Shore apartment building on Friday, June 17, 2022. Photo by Kelly Puente.

The fire was extinguished at around 8:39 a.m. and additional fireworks on the balcony of an unoccupied unit on the second floor were secured minutes later, officials said.

Fire officials said the fire appeared to have started on the second floor and eventually spread to the third floor.

“Fireworks were involved, however, the cause of the fire remains under investigation,” Heflin said.

No residents were hurt in the blaze. At least two people were displaced by the damage caused by the fire.

Editor’s note: This story was updated with more information from the Long Beach Fire Department.