Some Long Beach food banks say they’ve seen the need for assistance among local families double or triple this year as more and more locals deal with unemployment, furloughs and a lack of government aid while the pandemic reaches its most intense period yet.

“There’s a lot of need; people are struggling right now,” said Diana Lara, executive director of Food Finders, which connects surplus food and donations to nonprofit organizations throughout Southern California. “With the number of people laid off and furloughed, many people are going to food banks for the first time this year.”

The need is so large that Food Finders already met its annual goal of moving 14 million pounds of rescued food by October of this year, and that’s not counting the busy holiday season. The organization is seeing donations go up as well from “everywhere,” Lara said, including manufacturers, distributors, schools, restaurants and hospitals.

Increased distribution from the USDA has also helped food banks keep up with the demand. 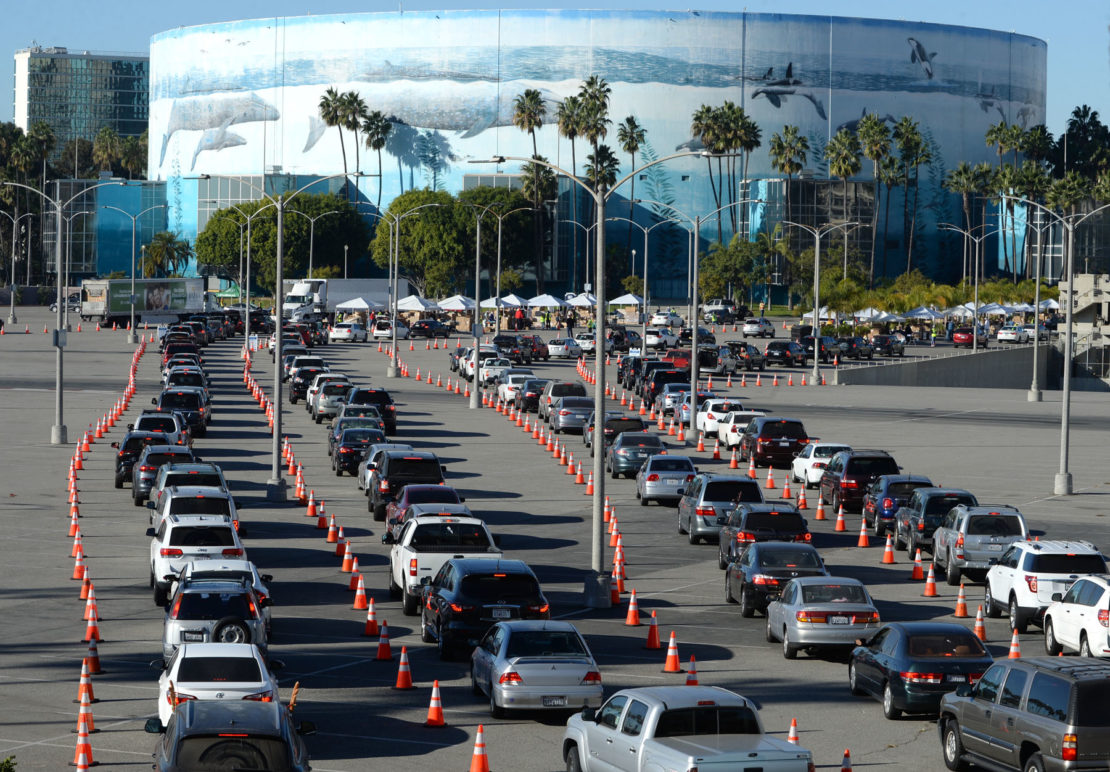 A long line of cars during a drive-up food giveaway for 2,000 households, at the Long Beach Convention Center. Saturday, December 19, 2020. Photo by Stephen Carr.

Smaller food banks and organizations have also felt the increased need. Help Me Help You has doubled the number of food pantry locations they serve in Long Beach since March, said executive director Zina Washington. They’re also ramping up their new grocery delivery program to help seniors and homebound people in need.

“The effects of the crisis are still being felt,” Washington said. “And it’s continuing to grow; it’s not over.”

Washington said her organization struggles the most with meeting the needs of those without homes to cook in. The homeless are a big portion of their clientele, so providing them filling and shelf-stable food can be a challenge.

At Urban Community Outreach, the number of grocery boxes they provide to families each week grew from a handful to about 25, in addition to the 170 meals for their homeless clients, said interim executive director Ann Schmit-Lampe. That might not seem like a lot, but it’s a big difference for the small nonprofit that’s open once a week.

While Urban Community Outreach is able to stay reasonably stocked, oftentimes their stores are depleted by the middle of the week, she said. 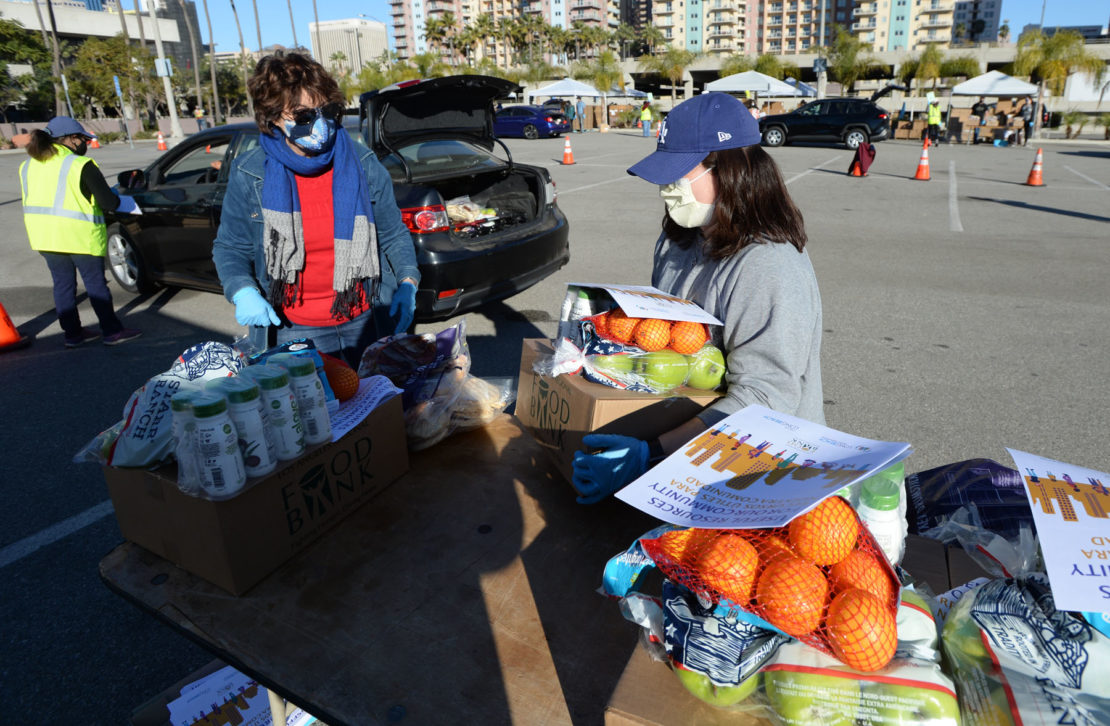 A larger food pantry, Long Beach Community Table, has increased its hours for people to come get fresh produce and non-perishables at its Bellflower warehouse to four days a week, with no appointment needed. They are now feeding between 2,500 and 3,000 people each week. Before the pandemic, it was about 1,200 to 1,500 people.

Other than direct donations, some food pantries just need more hands on deck. With the latest COVID-19 case surge, more people are worried about being exposed to the virus and wary of coming in to volunteer, said Long Beach Community Table executive director Kristen Cox.

She has seen the need for delivered grocery boxes jump from just a handful of people to 850 homes in and around Long Beach this year.

“We go to homes sometimes where the lights are turned off because they cant afford the utility bill and deliver the food to their front door,” Cox said.

They have to keep up home deliveries for people who are elderly, sick, immunocompromised or without any form of transportation. Volunteers make the deliveries every Sunday, although Cox said a lack of volunteers has made it harder. On one recent week, it took until Tuesday to make all the deliveries, she said.

But people are out of jobs and need the help, so she and her team work to meet the need as much as possible, she said. Her organization is also collecting blankets, jackets and socks for the winter for those without housing.