After seven years and over a billion dollars, the Gerald Desmond replacement bridge that connects Downtown to the Port of Long Beach celebrated its grand opening with city, port officials and media, Friday.

“This is an amazing day and colossal achievement. This bridge represents an incredible success story,” said Mayor Robert Garcia who thanked the men and women who helped build the bridge.

After remarks by the mayor, Port of Long Beach’s executive director Mario Cordero and Harbor Commission president Frank Colonna, a caravan of more than 30 zero/low-emission trucks and vintage cars rolled over the near two-mile structure. A formation of five, smoke trailing vintage planes flew overhead while a flotilla of fire and police boats, spraying plumes of water, passed underneath.

The six-lane, cable-stayed bridge will provide a major new regional highway connector between Long Beach and Los Angeles as well as improve cargo movement for the Port of Long Beach. The bridge hasn’t yet been named.

To prevent any unforeseen construction-related complications, the bridge will remain closed to the public until the morning of Monday, Oct. 5. 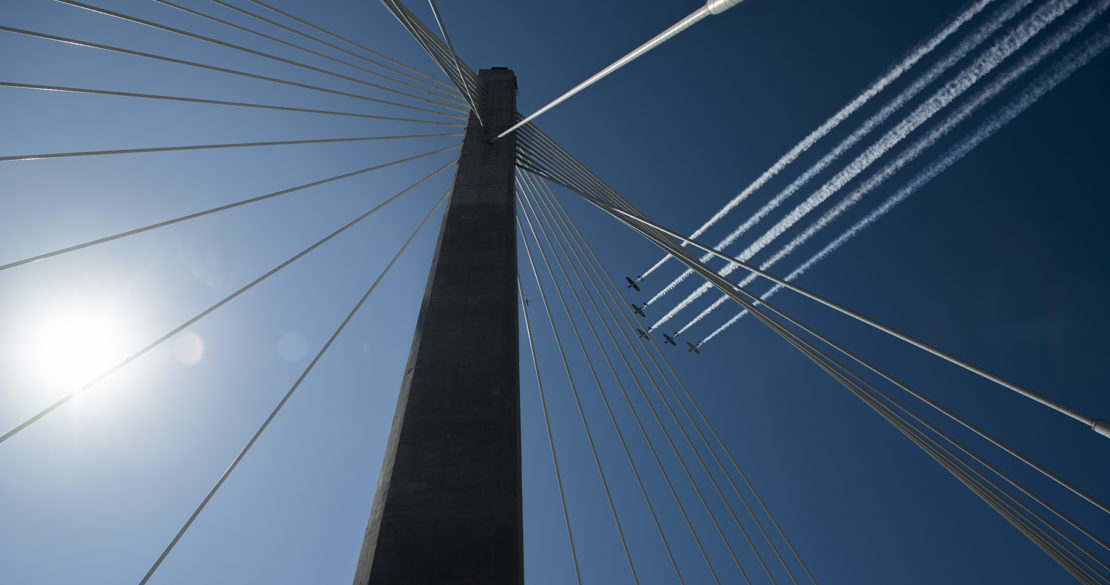 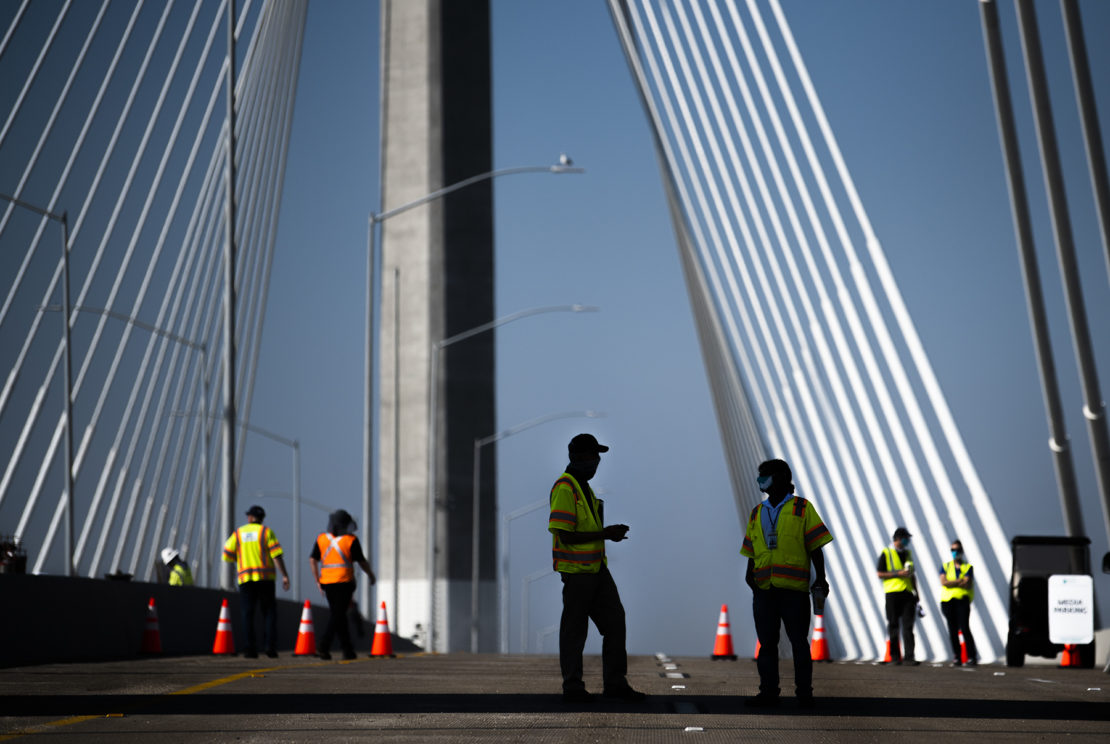 Long Beach port and city employees find a bit of shade before the opening ceremonies. Photo by Thomas R. Cordova. 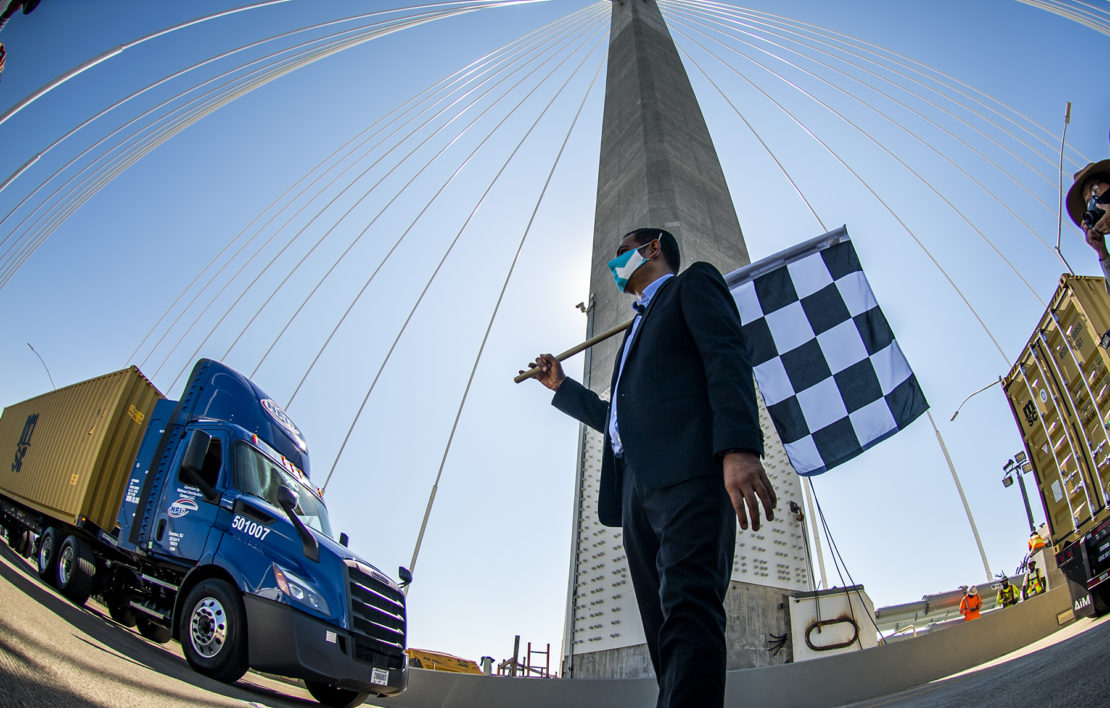