A state appeals court panel on Thursday rejected an appeal filed on behalf of a gang member serving a life prison sentence without the possibility of parole for the robbery and murder of a 15-year-old boy targeted while walking home from Cabrillo High School in Long Beach.

The three-justice panel from California’s 2nd District Court of Appeal found it was “not our call to make” on Giovanny Montelongo’s claim that the line that the U.S. Supreme Court created in a 2005 ruling involving a defendant under the age of 18 compared with those who are adult offenders is arbitrary and should be extended at a minimum to defendants who are 19 years or older.

Montelongo was 18 at the time he stabbed Keshawn Brooks during a struggle over one of the two backpacks the teen was carrying on March 12, 2015, across the street from Stephens Middle School in the 2800 block of Santa Fe Avenue. 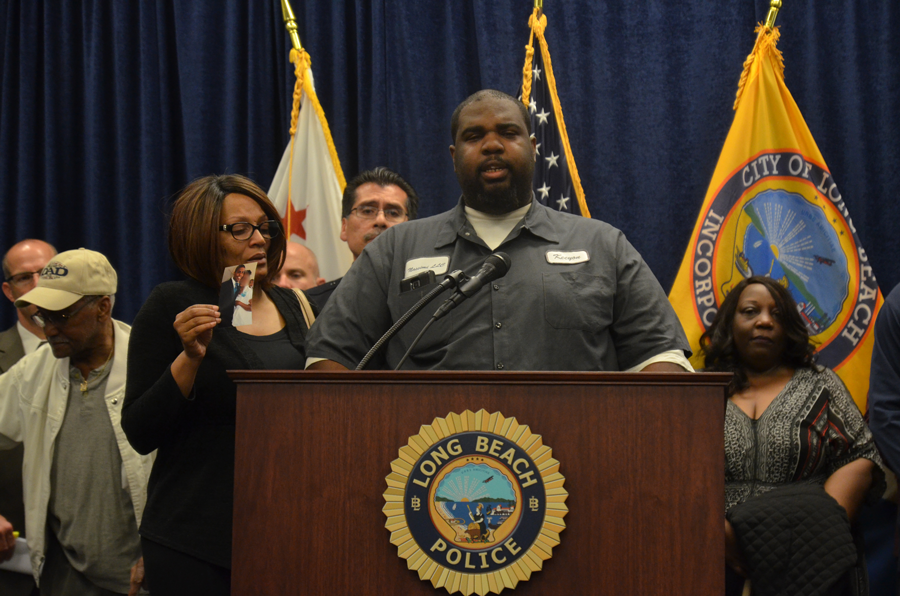 Many parents were in the area picking up their children and several good Samaritans, including workers from a barbershop, tried to help the boy and stayed at his side until paramedics arrived.

Montelongo targeted the victim, who was not a gang member, because he mistakenly believed the teen was a rival gang member, according to evidence presented during the trial.

Jurors convicted Montelongo of first-degree murder and second-degree robbery. The panel also found true a special circumstance allegation that the murder was committed in the course of a robbery, together with gang and knife allegations.

At Montelongo’s sentencing in November 2018, Superior Court Judge GaryJ. Ferrari called the defendant a “bully” who committed a “despicable crime.”

In a statement read in court by Deputy District Attorney Keith Duckett, the victim’s mother wrote, “Because of the actions of a foolish person, I couldn’t see my son go to prom or graduate this year. I had to meet his girlfriend at his candlelight vigil … All I have are memories and photos.”

The victim’s mother said she wished Montelongo had made better choices and that her son wouldn’t have fallen victim to him, and prays every day that God can help her to forgive the defendant.

In a statement read in court, the victim’s grandfather, Terry J. Washington, wrote, “His passing has created a void in my life that used to be filled with his love, laughter and joy for his family and friends … Keshawn’s loving memory will always be a shining star in my heart forever.”

Prosecutors opted not to seek the death penalty against Montelongo. He was known by the gang moniker “Drowsy” and was arrested within hours of the deadly attack, authorities said.