When Cole Powelson came to the Long Beach Grand Prix for the first time as a mechanic on the Ferrari race team in the late aughts, he immediately fell in love. The atmosphere and the high-level race “just blew my mind,” Powelson said. “I knew I had to be a part of that, I had to be a driver.”

A little over a decade later, Powelson will finally race the streets of Long Beach as a competitor in the Global Time Attack challenge, a new addition to the Grand Prix program, in which drivers compete for the fastest lap time over the course of the weekend.

“This is such a big deal for us,” said Global Time Attack Director Jason Dienhart, who has been working for years to bring the event to Long Beach.

Super Street Magazine, an industry publication Dienhart worked for at the time, was the driving force behind bringing the concept to the U.S. in the early 2000s, in an effort to create more content for readers to follow. In 2004, the first time attack race was held at Buttonwillow Raceway Park, 28 miles outside of Bakersfield.

There were some changes made to the original Japanese rules, in part to allow American cars to compete, but the main provisions remained the same: mass produced cars, no restrictions on modifications increasing the vehicle’s power or aerodynamic properties and a setup designed to avoid wheel-to-wheel racing in favor of timed laps.

“What makes it special is it’s a real low-barrier entry,” Dienhart said.

Drivers don’t need a special license required for traditional wheel-to-wheel racing, which is expensive and takes time to complete. And, probably most importantly, mass produced cars make the race attainable to prospective drivers and fans alike—with some making the jump from one to the other.

“Even though some of them look like race cars, they’re not,” Dienhart said. “That’s part of the allure.”

The cars that hit the track in time attack races are much more affordable than those competing in other races, such as the Grand Prix’s IndyCar and IMSA competitions. While those cars start at $250,000 (not counting tens of thousands of dollars worth of trackside support), entry level cars for the Global Time Attack competition start in the $20,000-$30,000 range and don’t require a professional trackside support team.

But that doesn’t mean that time attack cars don’t require support, though it often comes from friends, family members and partners, Dienhart said. “You rarely see a successful time attack program with just a driver—it’s usually a team effort.” 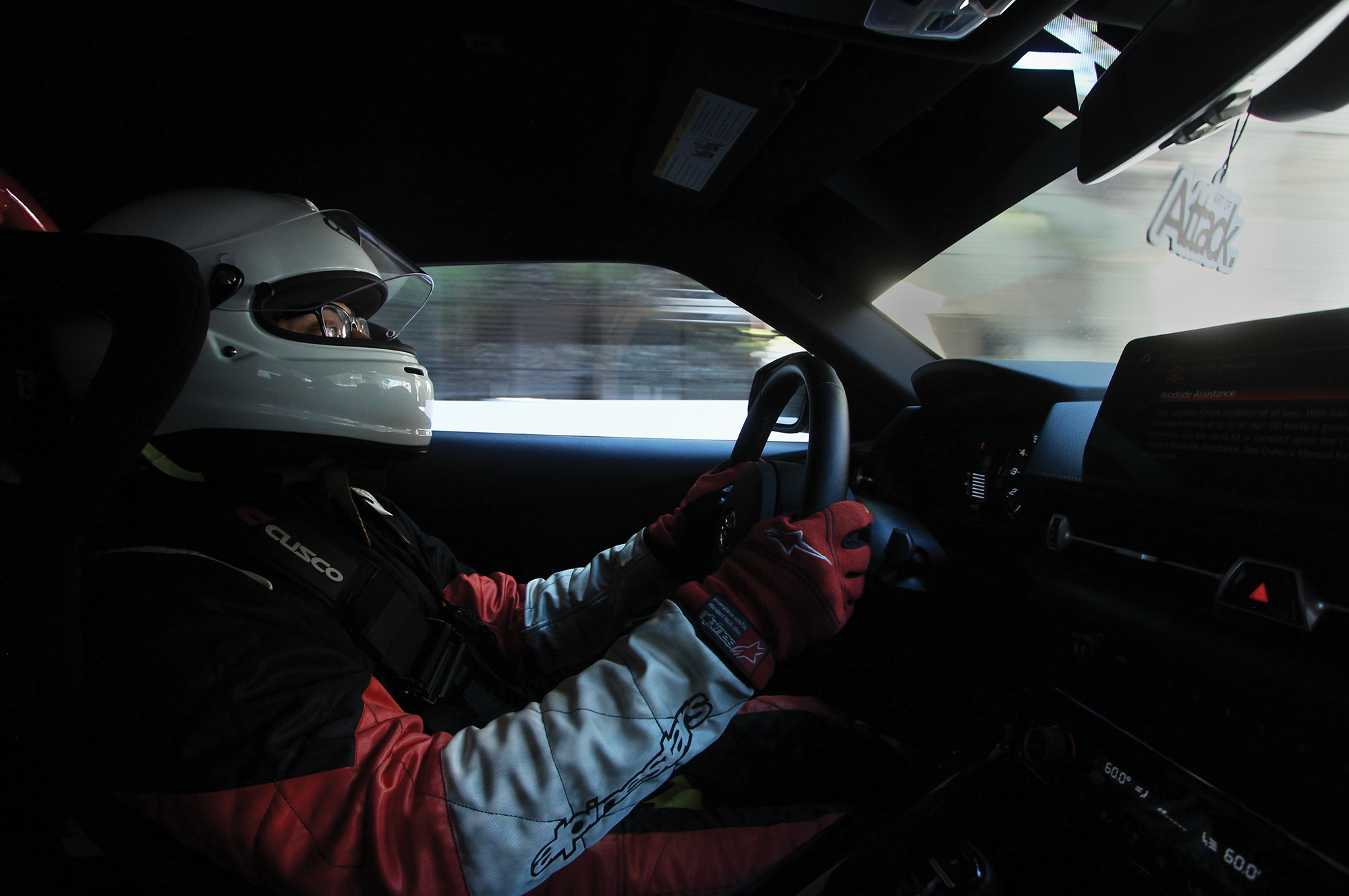 Over the years, the time attack racing community has grown and formed a supportive, if still competitive, network of drivers and race teams.

For Karla Pestotnik, another competitor in this year’s Global Time Attack event in Long Beach, participating in time attack racing was a way to heal after her father’s death left her struggling with her mental health for years.

“This was a way back into my normal self,” Pestonik said.

Part of the appeal was the opportunity to drive a Honda S2000, a car she owns and connects with some of the last memories of her father, and one that’s rarely seen in traditional races. “It’s always held that special place in my heart,” Pestonik said.

The Honda that Pestonik will compete in at this year’s event packs 550-580 horsepower, the final number is to be determined as the team continues to tune the car. With no power restrictions in place, some of the cars can be tuned up to 1,200 horsepower, far more than the average Indy or Formula 1 car.

“The cars are so different, they’re so fast—they’re wicked,” she said.

The Honda S2000 she will be driving at this year’s event, however, isn’t her own. It belongs to Kiet Le, the owner of Project Import, an Orange-based car performance parts retailer and tuning shop—who Pestonik met during another time attack event a few years ago.

It would take years for the collaboration to come together, with Pestonik acquiring her wheel-to-wheel racing licenses and successfully competing in a variety of races in the meantime, but the offer was a turning point for her.

“He was the first person to say: Here, drive my car,” she said.

The opportunity to compete in a race as a driver is one many in the industry hope to get, but few find possible to attain, said fellow driver Powelson. “It’s the only truly accessible form of motorsport still left in the U.S. where a working-class individual can build, prepare a car and take it to the national stage.”

After training as a car mechanic at age 16, using his time off at a dealership to work as a trackside mechanic for big races and eventually starting his own shop where he preps cars and drivers for competitions, Powelson was in disbelief when Dienhart told him that he would race in Long Beach this year.

“It’s come full circle, where this year I get to enter as a competitor, not just as a mechanic,” he said. “I get to drive a circuit that I fell in love with years ago.”