Nine low-income families received the keys to their brand-new townhomes in Long Beach’s Washington neighborhood during a ribbon-cutting event Saturday.

Millennium Homes, which is located alongside 14th Street Park between Pine and Pacific avenues, is one of Habitat for Humanity Los Angeles’ latest projects in the city meant to connect low-income families to affordable, to-own units in Central Long Beach. And at Millennium Homes, the residents are all first-time homeowners.

The development site consists of 10 two-story Craftsman-style townhomes; each one features three bedrooms, two bathrooms and attached two-car garages. (The 10th family is still in the qualification process and must be approved before they, too, can get their keys.)

A rendering of the western edge of the development, one of two structures for the project. Courtesy of Habitat for Humanity LA.

During the event, President and CEO of Habitat LA Erin Rank was honored by the nonprofit for helping build her 1,000th home in the Los Angeles area.

Rank said she never saw herself becoming someone who helps build homes.

But one day during a trip to the Philippines, she helped build her first one, which set her on a path back to her native Long Beach, where she saw a need for affordable housing.

Now, for the last 25 years, Rank has been working to revitalize Long Beach communities.

During Rank’s time with the organization, Habitat LA has significantly ramped up its construction, going from building roughly one home a year to now building 100 per year.

With the 10 townhouses at Millennium Homes, Habitat LA has now built 1,010 in Los Angeles during its 32-year history.

The nonprofit is currently working on a new project that will bring 36 new homes to the Washington neighborhood. 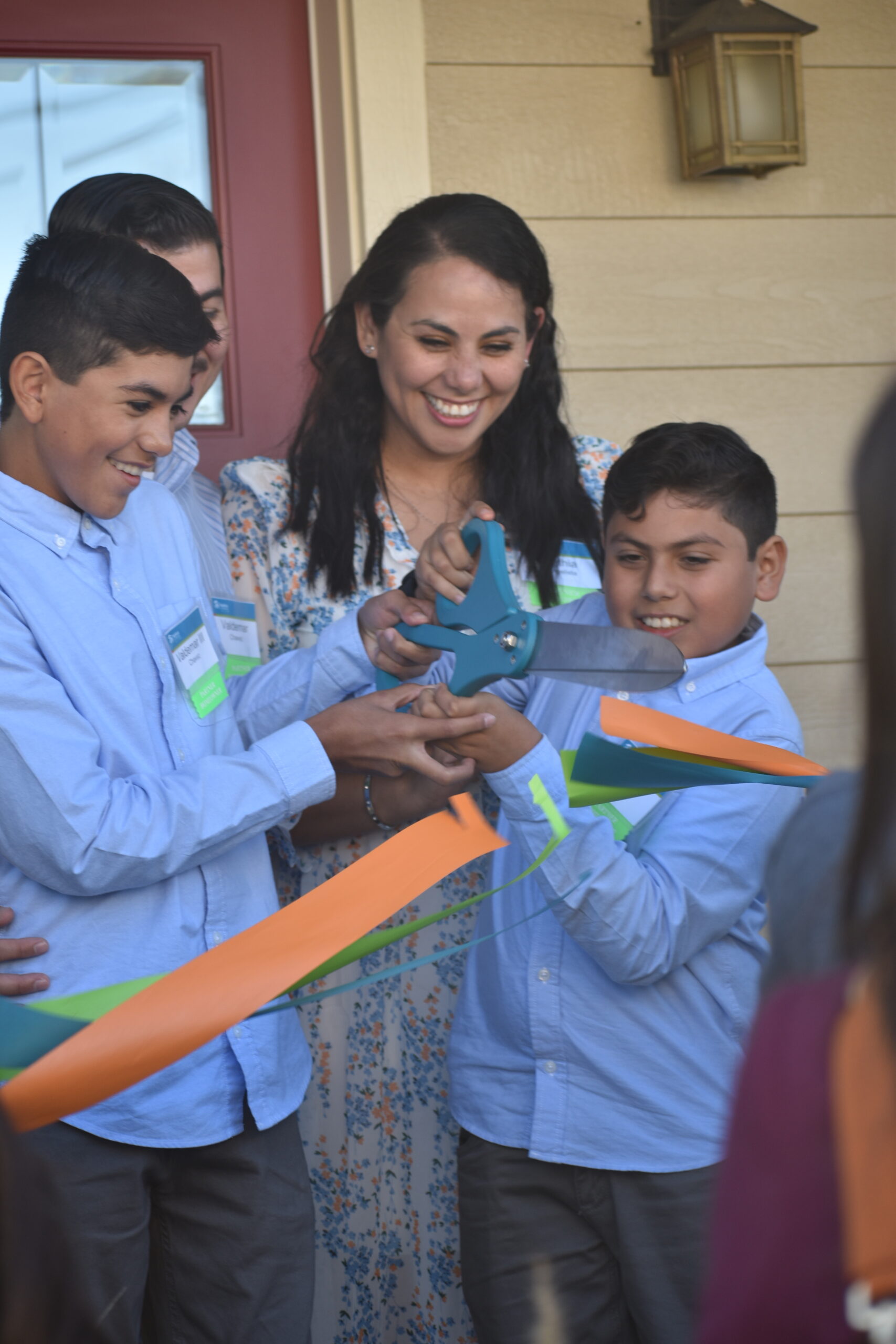 A family cuts the ribbon to their new home in the Washington neighborhood on Saturday, Nov. 19, 2022. Photo by Fernando Haro.