As mass COVID-19 vaccinations ramped up across the state this week, Long Beach Mayor Robert Garcia took to Facebook and Twitter to announce a new, unofficial title.

“For the next few months, I’m the mayor AND our vaccine czar,” Garcia wrote. “I wake up every day and do everything in my power to get more folks vaccinated. I’m obsessed with it—and it’s working.”

The mayor continued with his efforts on Thursday, receiving the Moderna vaccine at a news conference meant to show the vaccine’s safety and encourage everyone to get the shot. City Manager Tom Modica and Health Department Director Kelly Colopy were also vaccinated as eligible workers in the frontline health response.

It’s personal for the 43-year-old Garcia, who lost his mother and stepfather to COVID-19 last year. And as health officials plan for a vaccination super site at the Long Beach Convention Center next week, he’s confident the city will move ahead of other jurisdictions with the help of a unique advantage—Long Beach is one of just four California cities with its own health department (the others are Berkeley, Pasadena and Vernon).

Approximately 15,000 of the city’s critical healthcare workers and seniors have already been vaccinated.

“Having our own health department has been wonderful for us,” Garcia said, shortly before getting the shot. “We know that it gives us the ability as our own health jurisdiction to make some of our own rules.” 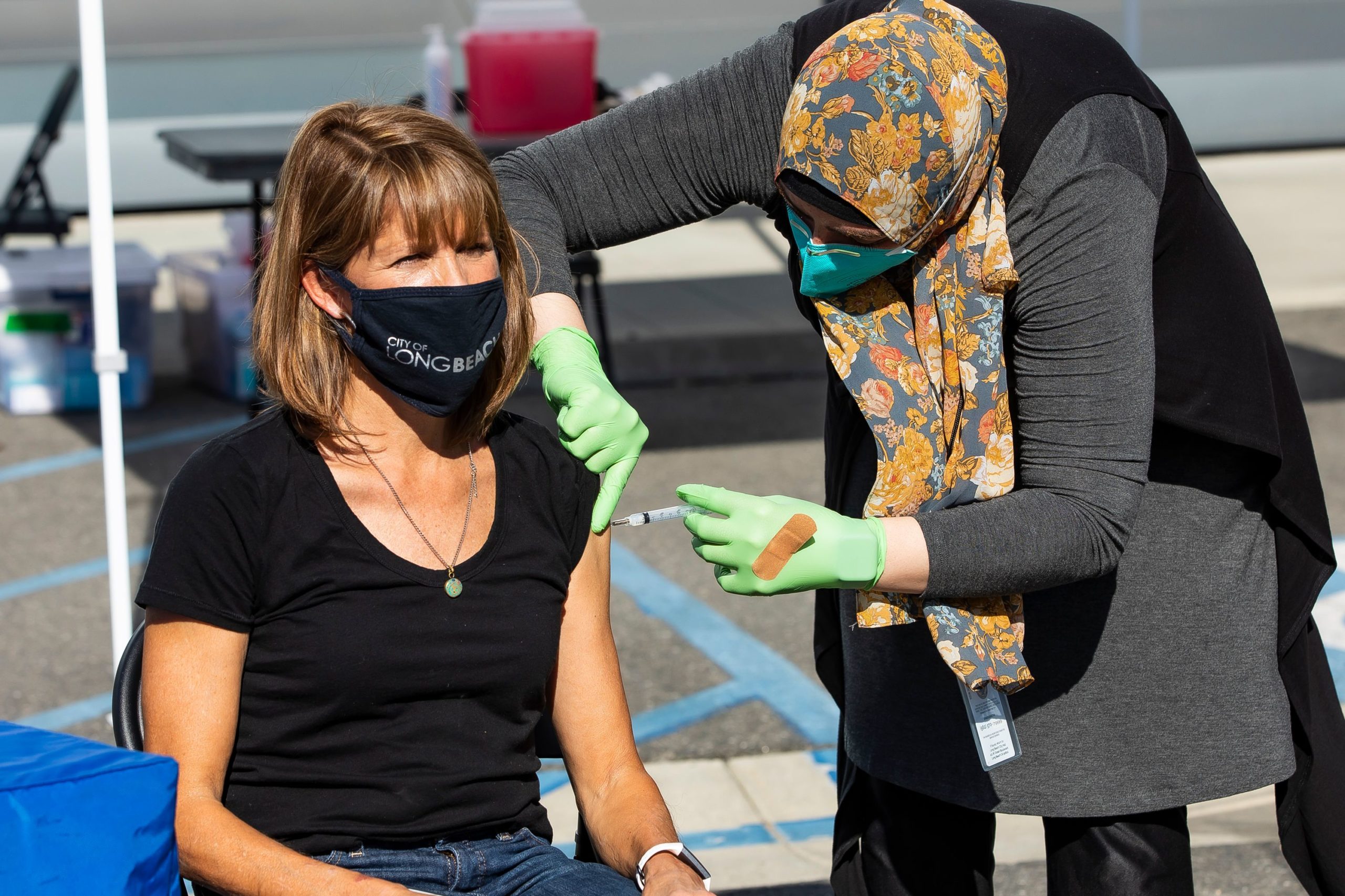 The effort comes as California lags behind other states in a sluggish vaccine rollout hindered in part by reported technical problems with software and lack of coordination and communication on the federal level.

California has received more than 2.4 million vaccine doses as of Monday, but only a third of them have been used. Local governments, meanwhile, are moving quickly to set up massive vaccine distribution sites in the hopes they can convince state and federal officials to send them more doses.

In the push to get more shots in people’s arms, state health officials this week expanded the list of eligible residents to people 65 and older, joining the already eligible next tier of emergency workers, teachers, childcare providers and food and agriculture workers.

But the decision perplexed some county officials who say they don’t even have enough doses right now to vaccinate those who were already eligible.

Long Beach, for now, says it has enough doses to begin vaccinating those 65 and older. The city is taking appointments by phone and email, but eligible residents are urged to first contact their employer or healthcare provider. Long Beach next week will launch an online portal called #VaxLB for vaccination updates and notifications on when individuals will be eligible.

The mayor said the city has managed to vaccinate the “vast majority” of essential healthcare workers, medical personnel and residents and staff in skilled nursing facilities. It has now begun its Phase 1B, which includes workers in public health, education and food service sectors.

In contrast, Los Angeles County, faced with the logistics of mass vaccinations in a sprawling region, has said it does not yet have enough doses for residents 65 and older and doesn’t plan to move into its Phase 1B until February.

Ahead of the curve

While Long Beach is prioritizing its local workforce, the city has said it will vaccinate eligible residents who work outside of the city and are unable to get a vaccine through their employer.

“This is absolutely one of the benefits of having our own health department,” said Gabriela Hurtado, the Health Department’s medical countermeasures coordinator. “We don’t have to go through the county. We’re able to make decisions faster and we don’t have as much bureaucracy.” 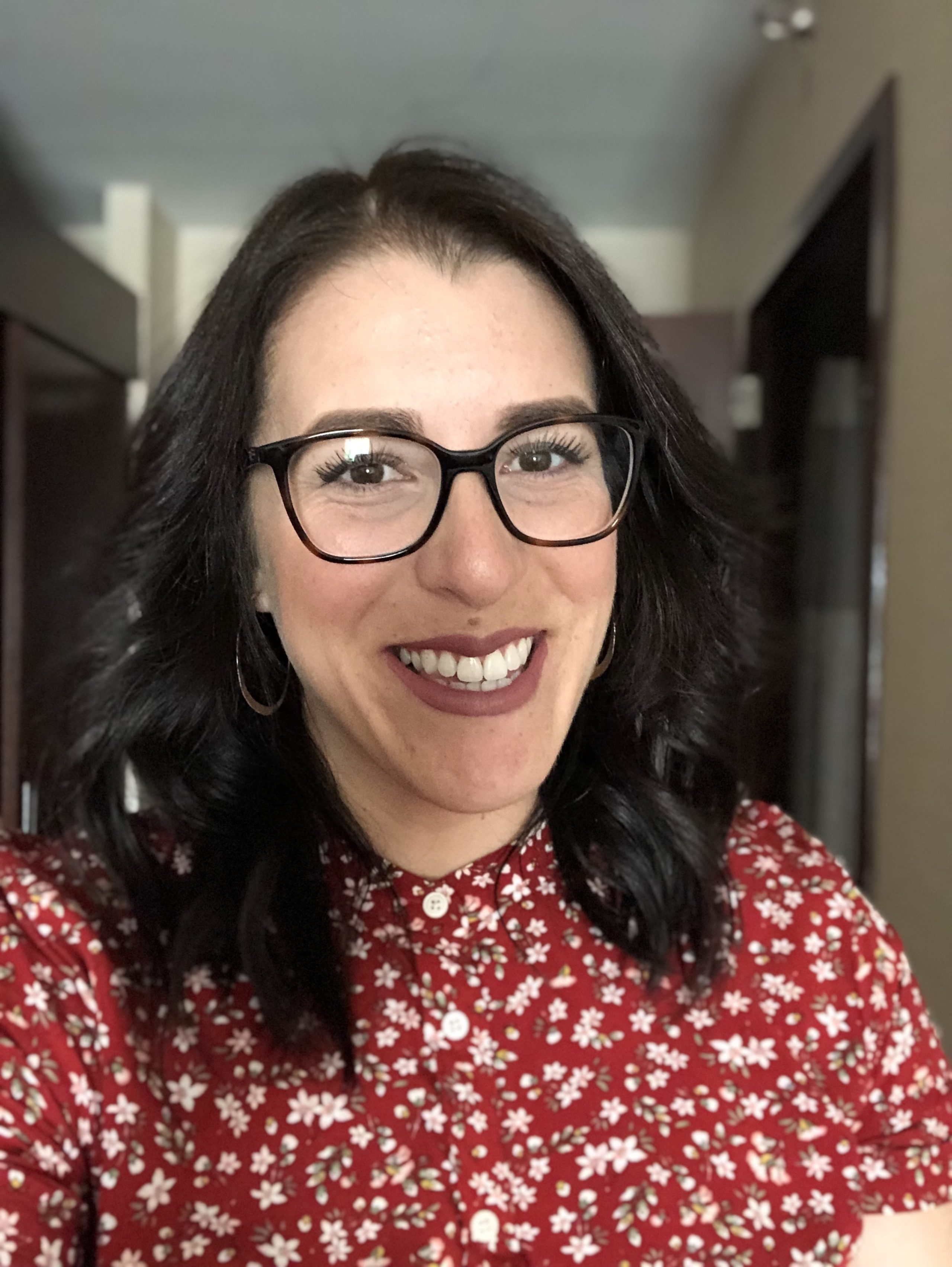 As a medical countermeasures coordinator, Hurtado has spent her career preparing for this moment.

On Tuesday, the city will launch an unprecedented mass vaccination site at the Long Beach Convention Center capable of handling around 3,000 people a day. The site will begin with food industry workers and will move to educators the following week. Health officials anticipate opening the center to all residents by the end of April.

Hurtado said the health department has spent years preparing for vaccines rolling in a possible pandemic by practicing in its flu shot distribution pods during flu season. In many ways, the Convention Center with its large open space is an ideal emergency management mega site, she said.

Officials are hopeful the process will move smoother than Orange County’s mega site this week at Disneyland, which was in such high demand that the appointment app crashed and some people were turned away after showing up without an appointment.

Hurtado said she’s amazed at the so far smooth local rollout and believes the city is prepared. The vaccines are kept at extreme cold temperatures and must be used in a certain amount of time, and while other jurisdictions have wasted doses, Long Beach has seen no waste.

The city must coordinate differently each week as vaccine allocations from the federal government vary from 11,000 doses one week to 1,000 doses the next. The shipments come each Tuesday.

“I’m happy to report not a single dose has been wasted so far,” she said.

One of the reasons for that is the fact that Long Beach, being a smaller jurisdiction, can quickly call from a list of eligible people who live nearby if there are surplus doses, she said.

But there have been some snags. Hurtado said one of the biggest challenges is using a state-provided appointment system that has flaws. The system allows for people to clink on a link and register for an appointment even if they aren’t eligible, and as a result, the city has had to turn away many people who had an appointment but were not yet eligible.

But overall, Hurtado said the city has so far fared well in a massive undertaking. Before the pandemic the health department had just six people in its emergency management team. There are now more than 100.

“We’re part of history right now and doing something so important,” she said. “To see us come together and support this large effort brings me a lot of gratitude.”

For information on eligibility and how to schedule an appointment call 562-570-4636, option 6, and leave a message or email [email protected]

The Associated Press contributed to this report