Thousands of Long Beach voters have already cast their ballots in person today. So far, they experienced only short lines and minor hiccups such as paper jams.

“We had some early voters who came at 6 a.m. Fortunately, we have 48 stations that allow them to be in and out quickly,” said Brilliant Mamyere, the Powell Academy of Success vote center lead. “Early voting helped because it gave us more time to practice and get better.” 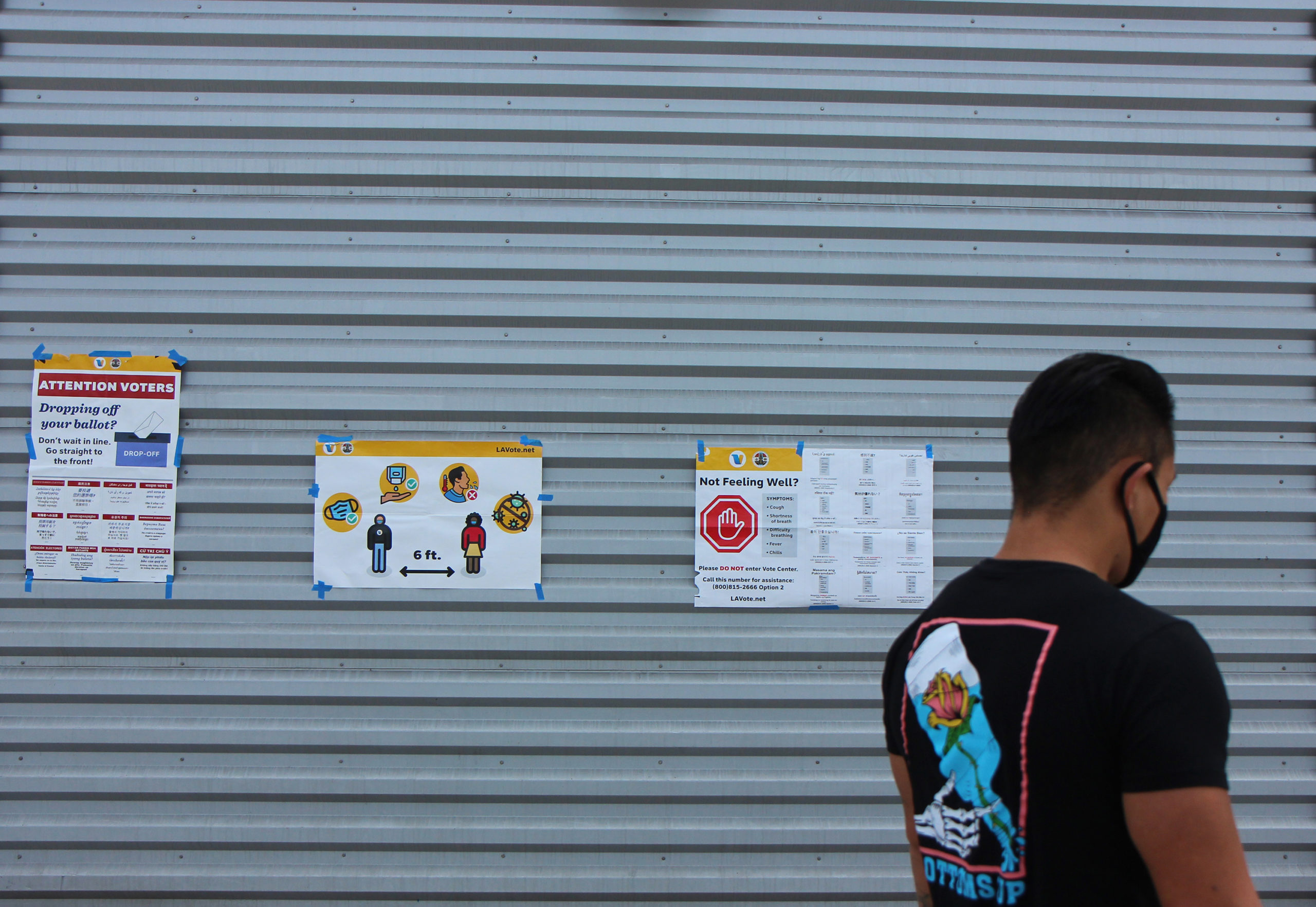 Vote centers across the city have COVID-19 safety protocols posted at the entrances. Photo by Brandon Richardson.

Every vote center is following strict safety protocols that include social distancing, masks and hand sanitizer. Additionally, every device and surface is wiped down with disinfectant immediately after voters depart.

The Carmelitos vote center in North Long Beach had a line of around 100 prior to opening but was able to move the initial crowd through the facility within the first 30 minutes, staff said. 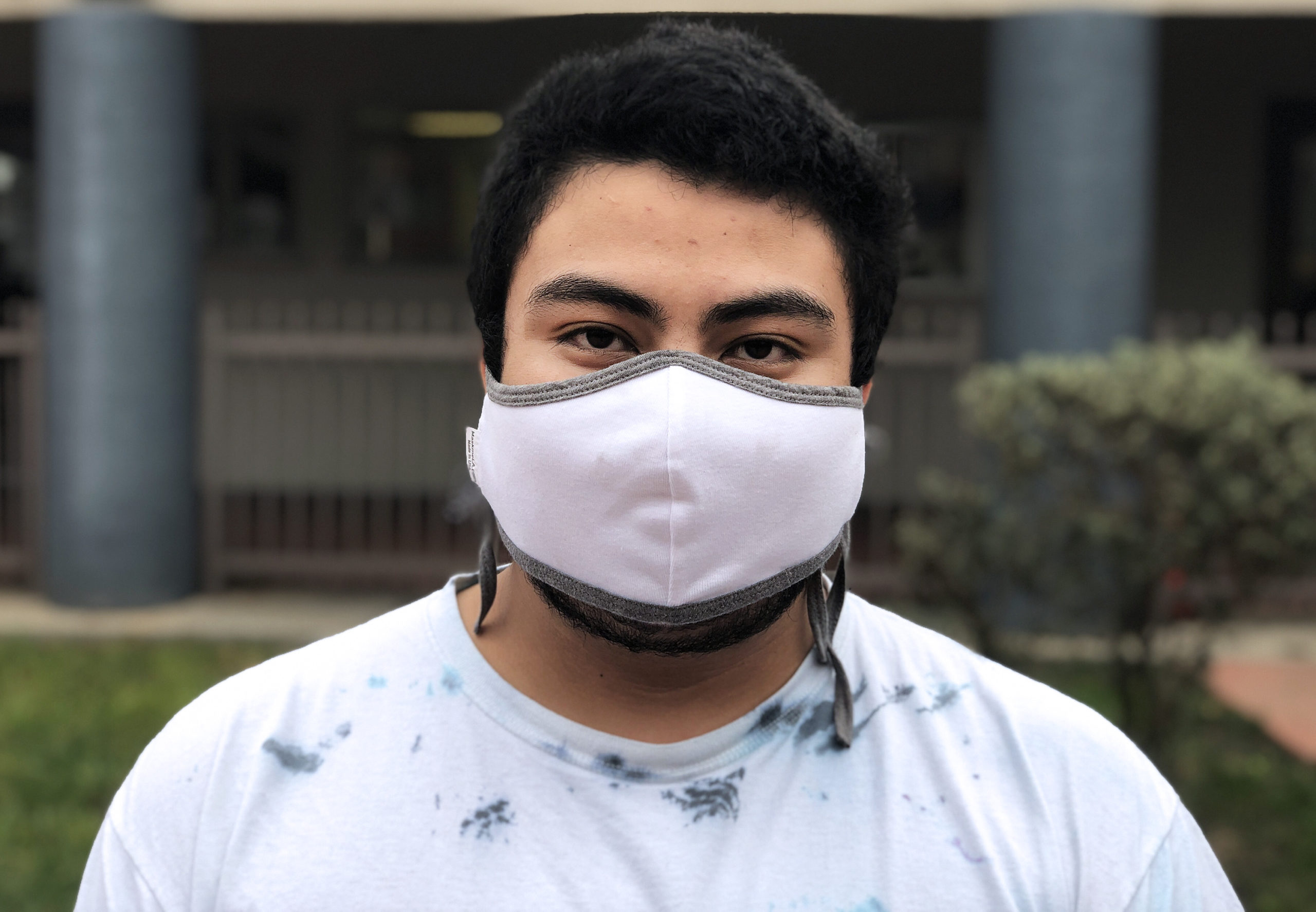 First-time voter Joshua Ramos, 19, dropped off his ballot at Carmelitos.

“I felt like it was way more important this election to vote,” Ramos said. “There’s a lot at stake depending on who you’re voting for. It’s still new to me, but I feel like I did my part.”

Frank Enriquez, center lead at Houghton Park in North Long Beach, said over 100 residents cast their ballots by 9 a.m. He said the morning was smooth except for one resident who caused a scene and said, “It was better when Long Beach was White.” 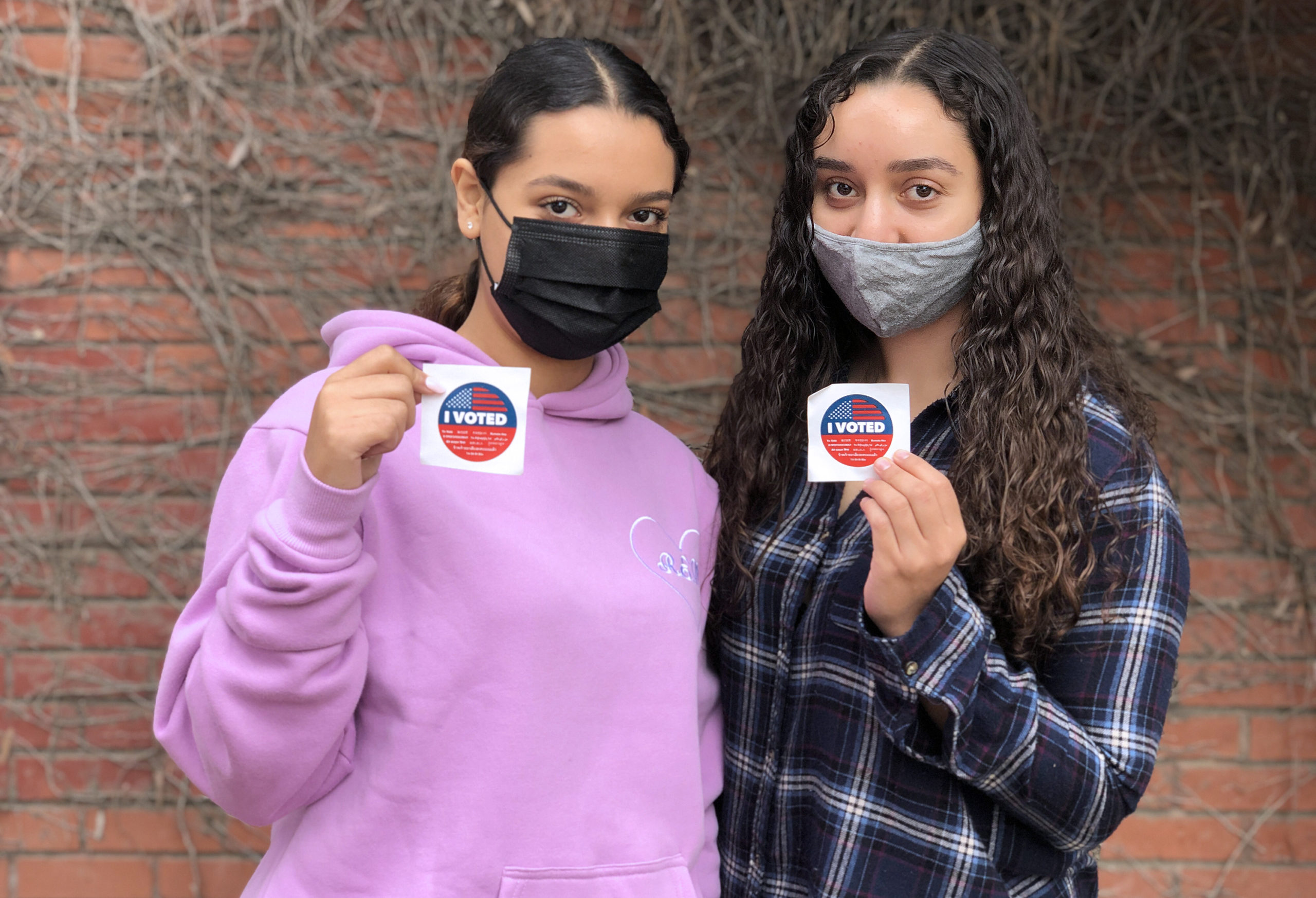 Cynthia Duran, 18, and her sister Judith, 21, both voted for the first time today at Houghton Park in North Long Beach.

“We felt powerful being able to vote for the first time,” they said. “We felt like part of something great and we’re happy to make a change.” 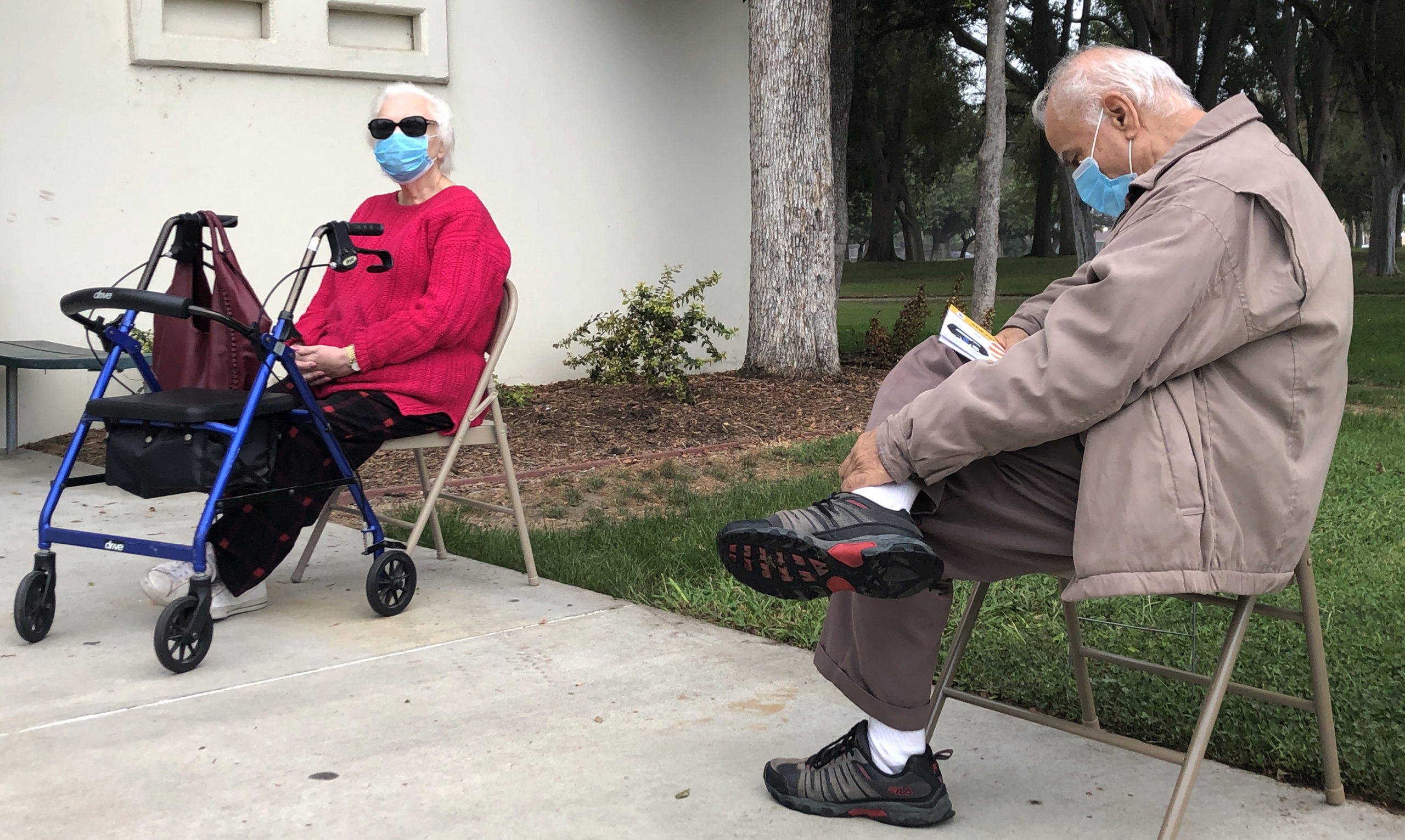 “We just wanted to make a dent in the election,” Trone said. “Make our voices heard.”

Even without long lines today, election officials are expecting historic turnout overall because of a large number of people voting early.