Long Beach Marine Patrol is monitoring a juvenile gray whale that was spotted swimming inside the breakwater near the Peninsula on Thursday morning, authorities said.

Marine Safety Chief Gonzalo Medina said the whale was first seen Wednesday floating along the coast between Downtown and the Belmont Pier. As of Thursday morning, the whale was about 100 yards from the beach near the Peninsula, he said.

Medina said the city contacted the Los Angeles Marine Mammal Care Center, which determined that the whale appears to be healthy.

Local research biologist Alisa Schulman-Janiger, a co-founder of the Gray Whale Census & Behavior Project, said the area in recent years has seen an increase in skinny and emaciated gray whales that are migrating later and having fewer calves.

In 2019, the National Oceanic Atmospheric Administration declared an unusual mortality event due to the high number of dead whales, which is possibly connected to lack of prey in warming arctic waters, Schulman-Janiger said.

In the past three years, more grey whales have been spotted feeding near the Ports of Long Beach and Los Angeles on their coastal migration. Schulman-Janiger said she hasn’t been able to hold her annual census count due to the COVID-19 pandemic, so she has no official log on how many are passing so far this year.

Editor’s note: This article was updated to note that experts have identified the whale as a gray whale, not a humpback as previously reported. 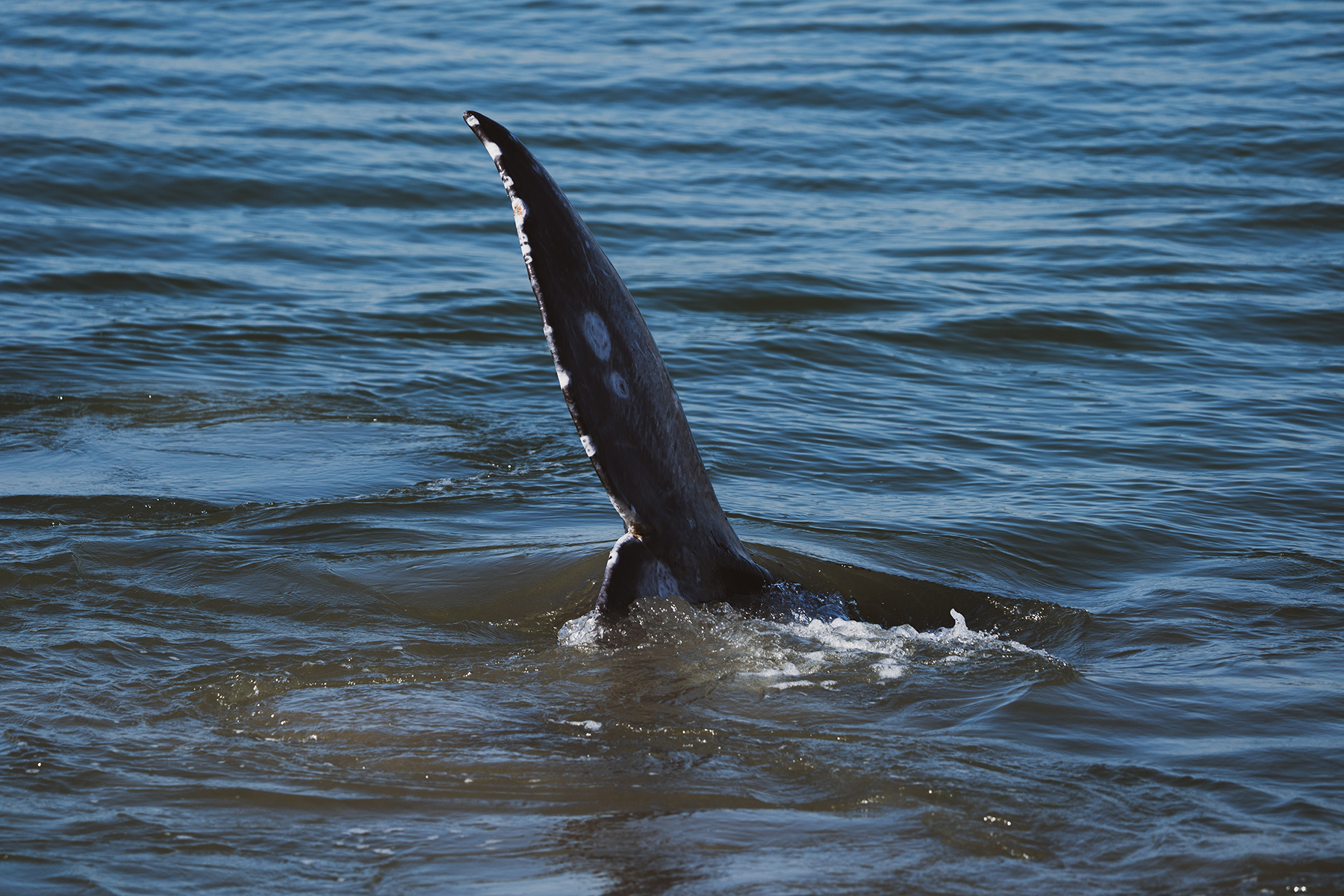 A juvenile gray whale was spotted swimming inside the breakwater near the Peninsula on Thursday, in Long Beach Feb. 25, 2021. Photo by Taylor Robbins.