Darnell Hicks says he’s still haunted by the day nearly two years ago when strangers on the internet suddenly began sharing his photo and home address, falsely accusing him of being a cop killer who needed to be hunted down.

Two sheriff’s deputies had just been gravely wounded at a Compton train station and Hicks’ name, picture and home address were suddenly bouncing around social media.

In one case, the administrator of a Lakewood crime-awareness Facebook group with about 14,000 members posted Hicks’ photo and said, “Let’s find this cockroach and get him off the street ASAP,” according to a libel lawsuit Hicks is now pursuing.

The admin added that Hicks was an “Avalon Gardens gang member,” was “armed and dangerous” and that he “has vowed to shoot more law enforcement officers,” but, according to Hicks, none of those assertions were true. In reality, Hicks said, all this was unfolding while he was at the transitional housing program where he works as a client aide.

When he first saw the pictures identifying him as a suspect, Hicks thought it was a joke. Soon, though, Hicks says he was inundated with social media notifications and text messages accusing him of the crime—along with curses, racial slurs and death threats.

Later that night, the Sheriff’s Department refuted the rumors, saying on Twitter that they hadn’t yet identified a suspect and the posts mentioning Hicks were “erroneous.” But almost two years later, how Hicks ended up being falsely accused remains a mystery to him even though, he says, the damage it caused follows him to this day.

“You Google my name now, and this thing comes up,” Hicks said during a recent phone interview. “It’s crazy how this happened. How did they get me?”

Hicks is suing several people and companies he says helped spread the false information. The federal lawsuit, filed in September 2021, names the admin of the Lakewood Facebook group, a woman in Riverside County and a Malaysian national, as well as Facebook and Twitter for hosting the information on their platforms. Hicks’ lawsuit also includes the state of California as a defendant, for allegedly allowing someone to access and disseminate his personal information. He is seeking unspecified damages to cover the harm he says the social media posts caused.

The lawsuit says it’s not clear who originally posted Hicks’ information or why, but his attorneys have some idea about how it spread, which they laid out in court documents.

The shooting at the heart of the case, which both deputies ended up surviving, took place around 7 p.m. on Saturday, Sept. 12, 2020, when a man approached the Los Angeles County Sheriff’s patrol car, which was parked near the Metro Blue Line station in Compton, and opened fire through the passenger-side window at the two deputies inside. Both were struck multiple times, and the shooter then fled, according to the court records. 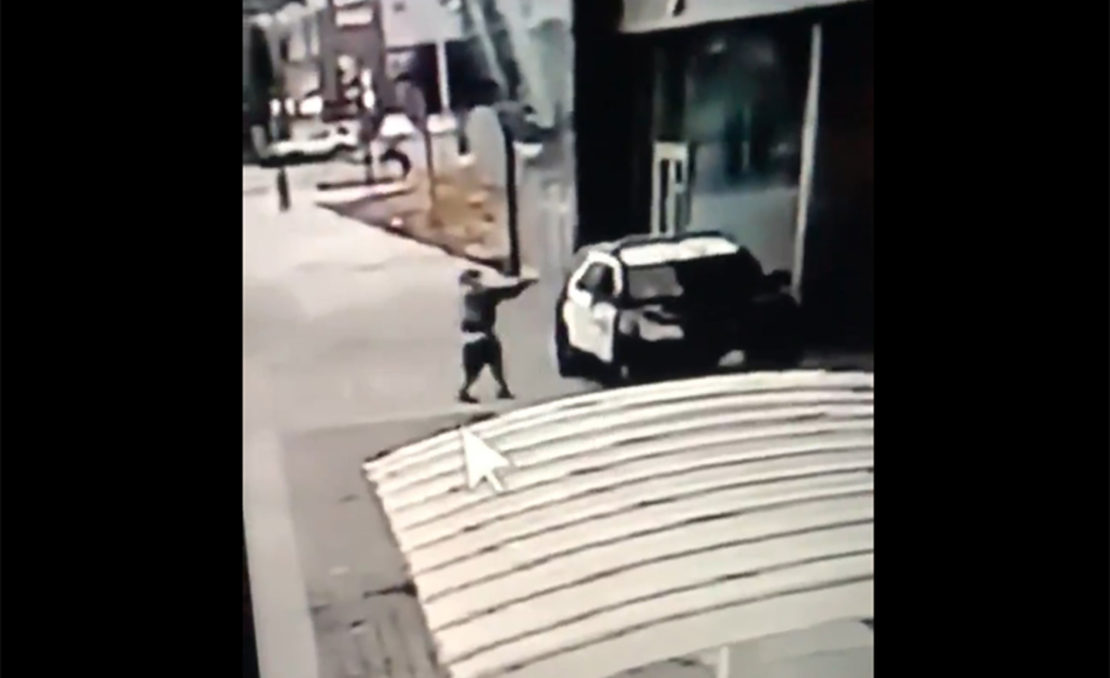 Within minutes of the deputies arriving at the hospital, the Sheriff’s Department posted a few details about the crime on Twitter, including that the shooter was still at large, but did not include any details about a suspect.

The next day, an unknown individual accessed the California Department of Justice Information Services Division and pulled up Hicks’ personal information, including his driver’s license records, which showed his date of birth, description, home address and photograph, according to Hicks’ lawsuit.

Someone then began distributing Hicks’ personal information via social media and “falsely stated that Mr. Hicks was suspected of attempting to murder the deputies,” the lawsuit says.

Alarmed at the flood of messages on his phone, Hicks said he called the Compton Sheriff’s station and asked if it was true he was wanted for shooting two deputies. The deputy who answered the phone said the watch commander would get back to him, Hicks said.

As Hicks waited to hear back, more alarming messages began appearing on social media, including a threat on Facebook that he would “die soon,” Hicks said.

“I was terrified,” Hicks said. “When a police officer gets shot, that’s serious. I thought, am I next?”

It took two hours for the Sheriff’s Department to get back to Hicks, he said. They asked if they could visit him at work—just a couple of deputies, not a big group—which he agreed to.

“You’re a lot taller than our suspect,” Hicks said the deputies told him when they arrived.

Deputies assured Hicks that he wasn’t their suspect, and the LASD posted on Twitter at 9:41 p.m. that “there are no named or wanted suspects at this time,” but Hicks was still very uneasy, he said.

“Driving home, I didn’t know what to think,” he said. “It felt like everyone was following me. It messed me up mentally. Every time I see a sheriff’s car, I’m nervous. I don’t want them to think I’m a cop killer.”

The next day, curious people began driving by his house, “like they were on a tour,” he said.

The Sheriff’s Department arrested a suspect in the shooting about two weeks after the crime, but Hicks said his troubles didn’t end there.

The “cop killer” messages continue showing up, even to this day, according to Hicks, whose lawsuit says he’s suffered “serious emotional distress,” depression, anxiety and humiliation.

In September 2021, Hicks filed suit in U.S. District Court against three individuals who posted about him: Floyd Bradford, who runs the Lakewood CA. Regional Crime Awareness, Prevention & Safety Group on Facebook; Elizabeth Stump, a Riverside County resident accused of posting Hicks’ information on Facebook with the caption, “Bring him in”; and Ian Miles Cheong, a Malaysian national who often posts right-wing propaganda on Twitter. The lawsuit says Cheong posted Hicks’ personal information, calling him the “number one suspect” in the shooting of the two deputies.

Stump declined to comment for this story. In a Twitter message, Cheong said he was unaware of the lawsuit but added that he retracted the information about Hicks “the moment I found out it was false.”

Bradford also declined to comment, but last week posted a message in his Lakewood crime Facebook group saying that the information about Hicks that he posted on Sept. 13, 2020 “was released by law enforcement.”

Bradford added that Hicks “was not harmed in any way” by the Lakewood crime group, an assertion that Hicks’ attorney vehemently disputes.

“Mr. Bradford disregards that the false statements he made about Mr. Hicks, accusing him of a serious crime and being affiliated with a gang, continue to linger on the Internet and will follow Mr. Hicks for the rest of his life,” said Ed Lyman, who is with the Los Angeles-based Cochran Firm.

The case is currently in the pleading stage, according to Lyman, who said it was critical to include the social media giants Facebook and Twitter in the lawsuit because they are “generating ad revenue off these highly controversial posts.”

But attorneys for Facebook and Twitter filed motions asking to be removed from the suit, according to court documents. Their reason is that while what happened to Hicks was “incredibly unfortunate,” the Communications Decency Act essentially makes the corporations immune to liability from the actions of third-party users, according to court records.

A hearing on Facebook’s motion to dismiss is scheduled for Aug. 26, according to court records.