If you stand on most streets in Downtown Long Beach, in the shade of glistening and towering condominium, apartment and office buildings, it’s nearly impossible to get a feel for what the city looked like a century or more ago. So many buildings are gone: Buffum’s, Jergins Trust, the Hotel Virginia, the Heartwell Building, the Pacific Coast Club, a handful of city halls and libraries and much more.

Probably the best place to stand to get at least an inkling of old Pine Avenue is at Pine and First Street, where on the east side you’ll see the 13-story Security Pacific Bank building built in 1924 and looming large over its neighbor to the west, the First National Bank of Long Beach building, the oldest surviving structure on Pine. 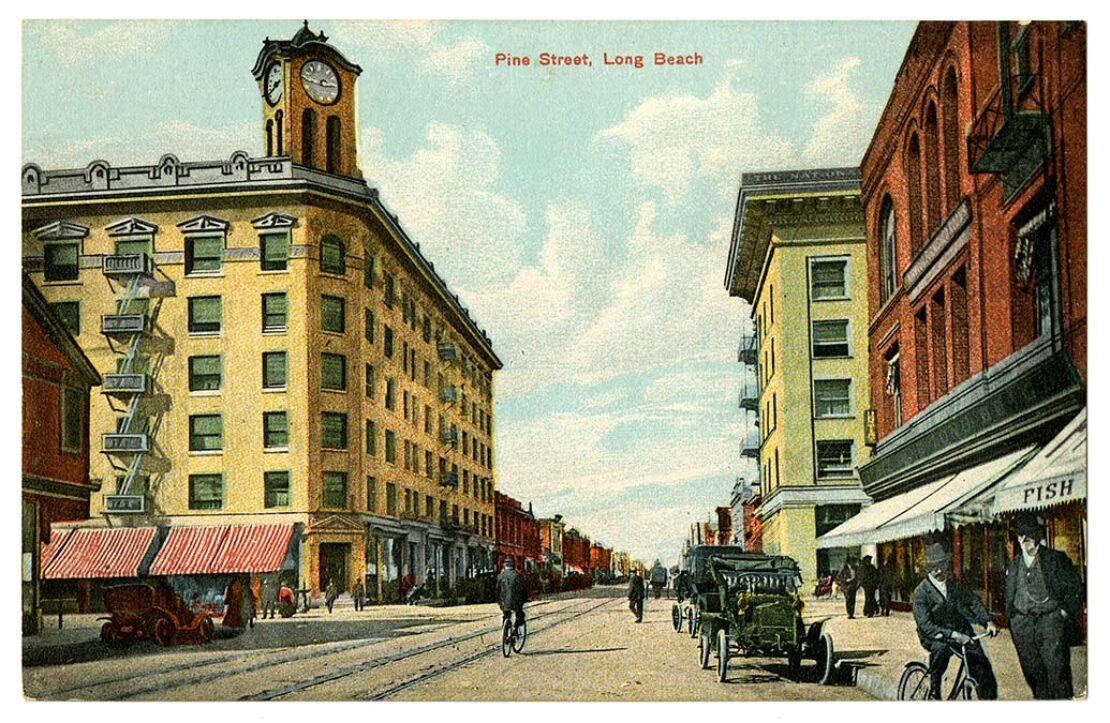 The Beaux-Arts First National, with assets of about $126,000, was built in 1900 as a three-story building to help serve the financial needs of the city’s 2,262 citizens. By 1910, the population of Long Beach had soared to nearly 18,000 and the bank grew along with the city and had added three more stories by 1910.

The bank was designed by the Los Angeles-based architectural team of Robert F. Train and Robert E. Williams. After the additional stories were added, the French Renaissance Revival building was topped with a mammoth clock with four faces. Built by the Seth Thomas Clock Co., the towering timepiece began its hourly tolling in the summer of 1907, which could be heard as far away as Carroll Park. In those early days, there wasn’t a lot to absorb the sound as it traveled 2 miles eastward.

The clock, too, is perhaps Long Beach’s oldest icon. In terms of its function, it hasn’t been the city’s most dependable of keeping track of the time. Currently, its four 9-foot-diameter faces each show different times, making it partially accurate eight times a day. As for its bell, It’s been as quiet as a sundial off an on—currently off—during its 115 years. 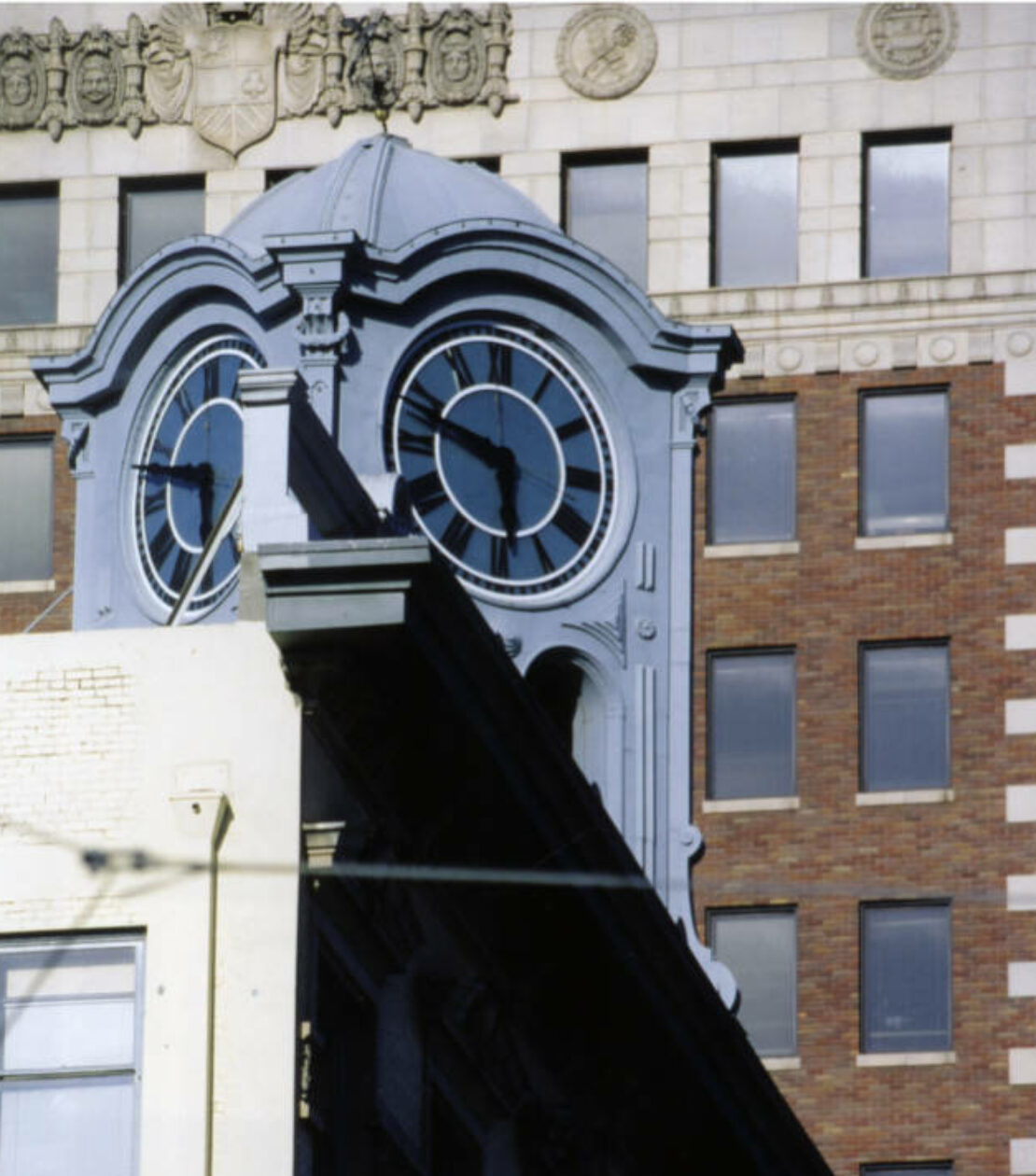 The clock and its tolling bell atop the First National Bank could soon be operational again. Photo courtesy Long Beach Public Library.

After years of being broken, the clock was repaired in 1993 in order to ring in New Year’s Day, with a dozen peals of its bell.

It didn’t last long, however, until it was repaired again in 2002 thanks to $8,500 in funds from the Long Beach Navy Memorial Heritage Association.

Since then, it’s been stop-and-go for the clock through about 2019. Today, it’s neither ticking, tocking nor tolling. But that could change soon, according to Chris Mata of Alamitos Associates, the company that’s owned the building since 2013.

“We’ve been sourcing parts for about six months,” said Mata. “We finally found a company in Santa Fe Springs that will make us a gear that we’ve had trouble finding.”

Mata reckoned it will take until late October or early November to get the clock up and running again. And, hopefully, ringing as well, though Mata says that will depend on an OK from the nearby Marriott Renaissance hotel whose guests might not appreciate the bonging of the building’s bell every hour.

The bank itself, of course, is long gone. In 1924, the establishment moved into a new stately building on Pine and Fourth Street, which became modernized in the intervening years and now serves as Antioch Church’s Ovation Square. The former bank’s ground floor has been home to Downtown’s L’Opera restaurant since 1990.