When audiences attend a performance at the Long Beach Ballet, they can expect a spectacle.

Not only will there be huge sets and expansive scenery, plus top-grade costumes and a full-symphony orchestra, but for artistic director David Wilcox, most importantly, there needs to be a story that will resonate.

When it comes to ballet, Wilcox is a self-proclaimed purist, but he isn’t afraid to change a story’s narrative or modify traditional ballets to connect more to audiences.

On June 4 and June 5, the ballet academy returns with a production of “Don Quixote,” one of the five full-length ballets that Wilcox rotates for his students’ yearly June performance.

The ballet, based on segments from the novel “Don Quixote de la Macha” by Miguel de Cervantes, follows Don Quixote and his servant, Sancho Panza, who set out to have a chivalrous adventure.

Wilcox wasn’t initially thrilled by the idea of performing “Don Quixote”—in fact, he completely refused when an associate first suggested the ballet seven years ago.

“Every time I tried to watch it, I was lost,” said Wilcox. “There was no emotional connection with the ballet, the music was pretty, but I’m confused the whole time watching, so I’d never wanted to do it.”

After his associate suggested he change it, Wilcox decided to give it a try. 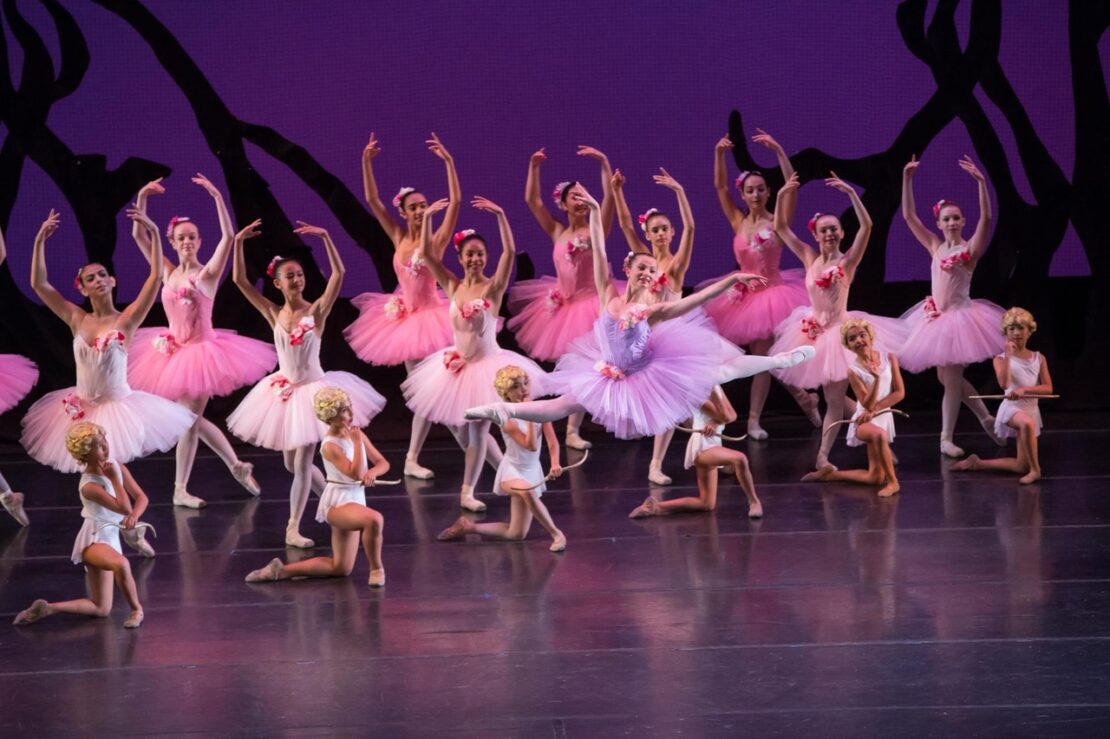 After trimming down and rearranging some scenes and condensing the three-act production into two acts, Wilcox was left with a simple, easy-to-follow rendition—still with elaborate elements, such as a functioning windmill and a real horse.

Although Long Beach Ballet’s productions are performed primarily by students, Wilcox has developed his ballets to a professional level.

The school was first acquired by Wilcox in 1981, after he spent seven years dancing professionally in Germany.

Only one year later, he formed a professional company, that he ran in conjunction with the school.

That first year, Wilcox was asked to put on a production of the “Nutcracker” at the 3,000-seat Terrace Theater, a potentially daunting task for such a new ballet company.

“I had a 10-year plan for my ballet company, but it included maybe getting into the Terrace Theater near the end of that, because it’s a really massive theater,” Wilcox said. “I got forced into getting big very fast.”

His board of directors approved the performance, and allotted Wilcox $30,000 for sets and costumes.

“I’m like, sure, whatever, so I spent three times that amount, and got in trouble for it,” said Wilcox. “If I hadn’t done it, we would have failed.”

Since then, Long Beach Ballet’s annual “Nutcracker” performance has become a cornerstone of the organization, normally selling 12,000 to 15,000 tickets each year and becoming the biggest “Nutcracker” production in Southern California, Wilcox said.

For 15 years, Wilcox successfully ran both the school and professional company, selling 45,000 tickets one year.

“We were doing really, really great up until the Soviet Union broke apart, and the economy in Southern California completely collapsed,” said Wilcox.

Eventually, in 1998, the company closed, which turned out to be a blessing in disguise for Wilcox.

“I was going crazy trying to run two organizations at the same time, and it was just such a struggle to have a professional ballet company here in Southern California,” he said. “There’s just no support for that sort of thing, so I’ve been running it just as a school now for 30 years, and have been much happier.”

While prior to the company’s closure, “The Nutcracker” consisted of primarily professionals, but today students lead the show.

Without having to divide his attention between the school and the company, Wilcox has been able to focus solely on his students, raising the standard of productions to its prior professional level.

“It is just as good as it was when it was a professional company,” he said.

Throughout the years of leading the Long Beach Ballet, Wilcox has always been up for the challenges and transitions.

After holding classes over Zoom for a couple of months in 2020, Wilcox built three outdoor studios in the school’s parking lot, complete with sprung floors, mirrors, and barres.

The school held its classes outdoors for seven months, throughout the cold of winter, rain and summer heat.

The 2020 “Nutcracker” production was held in the parking lot, and livestreamed to families and friends.

In 2021, “Nutcracker” returned to the Terrace Theater, and a couple months later, the school performed “Guardians” at the Aquarium of the Pacific, a ballet created by Wilcox and choreogreaphed by Johnny Zhong in 2011 to illustrate humans’ role in protecting the oceans.

“Between the combination of the spectacle and the amazing music and ballet dancers floating magically through the air . . .  it should combine to bring you to tears, it should really move you,” said Wilcox. “And that’s what I think classical ballet is best at.”