While the Long Beach Independent Redistricting Commission could be on the verge of adopting a final map Thursday, the statewide commission that is drawing lines for state assembly, senate and congressional seats still has weeks of work before completion.

The statewide redistricting commission released its first draft maps this week but is expected to use all of the time it has left between now and the Dec. 27 deadline it has to finish its process. Because of the late release of the Census, the commission had petitioned a judge to grant it more time to redraw the state’s political lines but that was ultimately denied.

Wednesday’s release of the maps will give the public about two weeks to review the maps and to submit public comments on how it thinks the maps should be changed before final adoption. The commission is set to resume its schedule of meetings on Nov. 15 at 9:30 a.m.

The draft maps could bring big changes to Long Beach, with the city losing some of its incumbents in the state assembly and senate. Here’s what could change:

Long Beach is currently represented by three people in the State Assembly. Assemblyman Patrick O’Donnell has the largest piece of the city but Assemblyman Mike Gipson and Assembly Speaker Anthony Rendon also share parts of the city. That could change.

The draft map released Wednesday shows the Long Beach district losing its western portions of San Pedro, the Port of Los Angeles and some refineries west of Wilmington to take on the boundaries of the city of Long Beach. 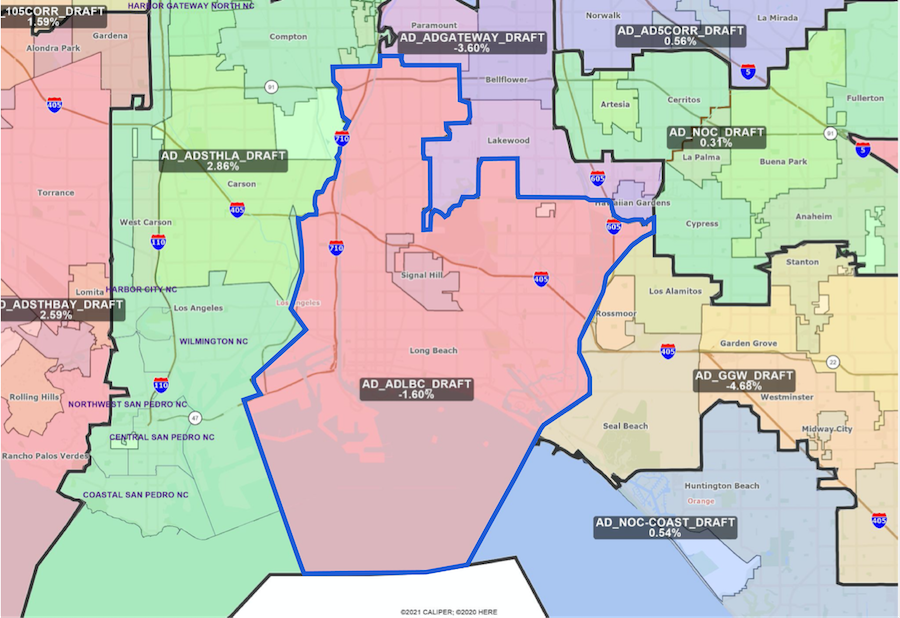 A draft map of the new Long Beach assembly district outlined in blue.

Consolidating the district into the city itself would mean that Gipson and Rendon, or whoever represents those districts over the next decade, would no longer serve portions of North Long Beach. The district would still include the islands of Catalina and San Clemente under the current draft map.

The district would have just over 486,000 people in it and the largest voting-age population would be White residents (36.85%), with Latinos (31.65%) making up the second-largest voting block.

Like the Assembly, Long Beach’s State Senate district could also be consolidated with just one person representing it in Sacramento rather than the three people who currently have a portion of the city in their districts.

State Senators Lena Gonzalez (33) Steven Bradford (35) and Tom Umberg (34) all share the city but the draft map expands the Long Beach district to include the entire city, including the parts of West Long Beach currently in Bradford’s district and East Long Beach in Umberg’s. It would also absorb the entire city of Lakewood. 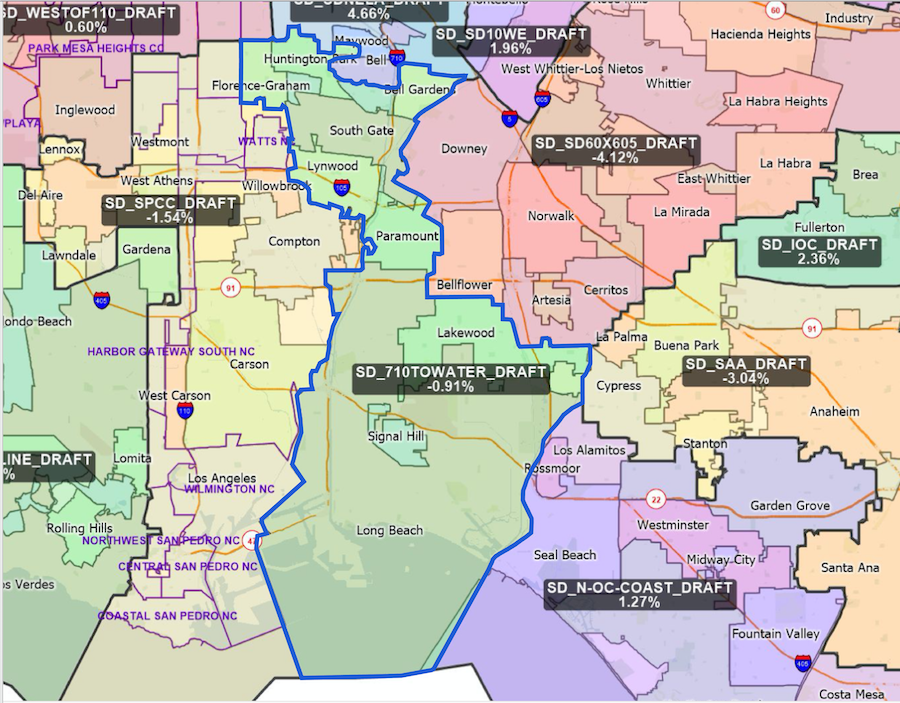 The part of the district that extends north would follow a similar route and still include cities like Paramount, Lynwood and Bell Gardens but lose other cities like Bell, Maywood and the portion of a container facility north of Maywood. Also like the city’s Assembly seat, it would still include the islands of Catalina and San Clemente.

The district would have a majority Latino voting-age population (50.31%) and White residents would be the second-largest voting block with (26.08%) of the population, according to the draft plan.

Long Beach’s Congressional map is set to undergo the largest change if the draft map were to be adopted as drawn. Congressman Alan Lowenthal has represented the 47th District since 2012 and has said he will run again in 2022, but the district he serves could look much different then.

It was expected that big changes were likely to happen when California lost a Congressional seat for the first time in history this year due to a shrinking population revealed by the 2020 Census.

The draft plan cuts off the eastern edge of the Long Beach district that previously included the Orange County cities of Stanton, Cypress, and Garden Grove and shifts the district north to include cities like Bellflower, Downey, and Bell Gardens. The district previously didn’t go any farther north than Market Street in North Long Beach. 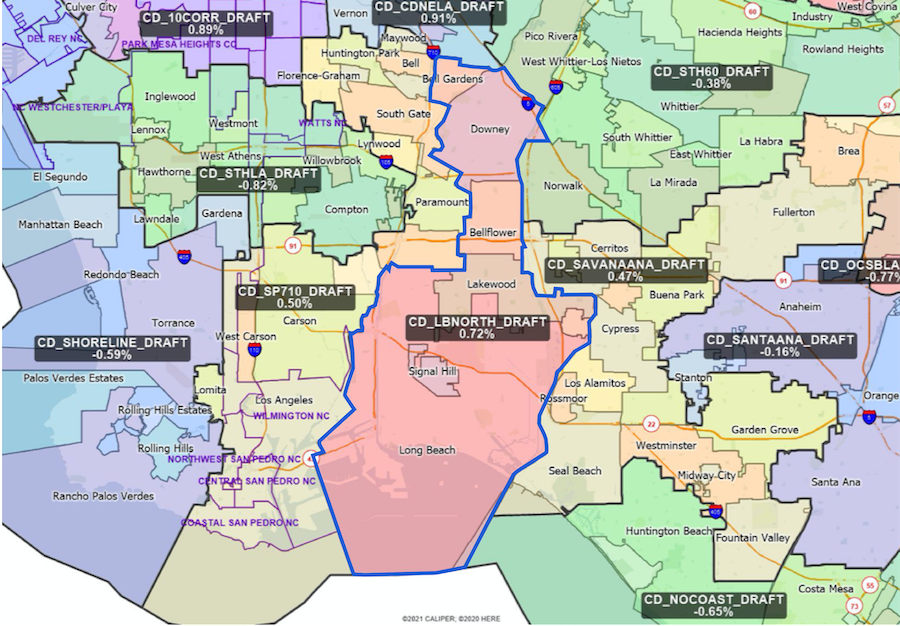 However, unlike the Assembly and the Senate, members of Congress are required to merely live in the state, rather than the district they represent.