The sounds of gunshots, fire bells and bagpipes rang throughout Downtown Long Beach Tuesday morning as part of a ceremony highlighting a new fire and police memorial in front of City Hall.

Officially called the Police and Fire Memorial, the structure is made up of small triangles meant to look like folded flags engraved with the names of 14 fire and 29 police service members that have died in the line of duty since each department’s inception in Long Beach.

Flags, folded 13 times over in the form of a triangle, are traditionally given to families of those who died. Some of the memorial’s bronze flags remain blank. 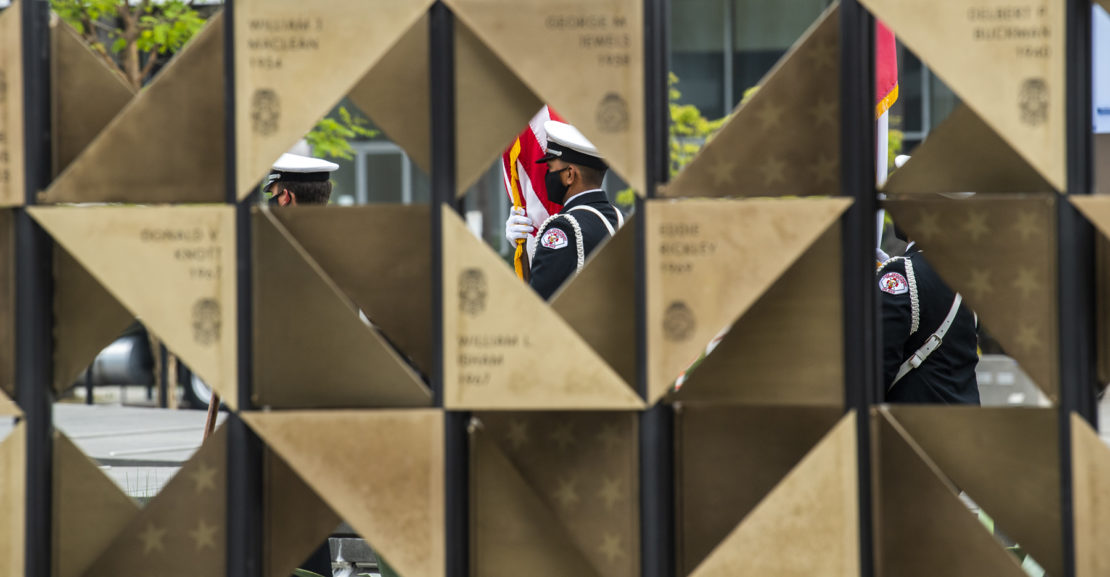 A color guard member walks behind the new memorial at the Long Beach Civic Center. Photo by Thomas R. Cordova.

“To every family, friend and colleague, this memorial is something to be proud of,” said Mayor Robert Garcia, adding that the hope is no new names will ever need to be added.

The memorial was officially installed at the new Long Beach Civic Center at the intersection of Magnolia Avenue and Ocean Boulevard in late 2019, but due to the pandemic, there was no official ceremony for the memorial until today.

A previous obelisk-like memorial dedicated to the fire and police departments originally stood near the old City Hall, but it was taken down during the demolition of the old council chambers, Long Beach Fire Department Capt. Jack Crabtree said.

The new memorial was approved by the City Council in May 2019. Funding for the memorial was provided through the capital improvement fund and donations from the Long Beach Area Chamber of Commerce, Friends of Long Beach Fire Fighters and the Long Beach Police Officers Association. 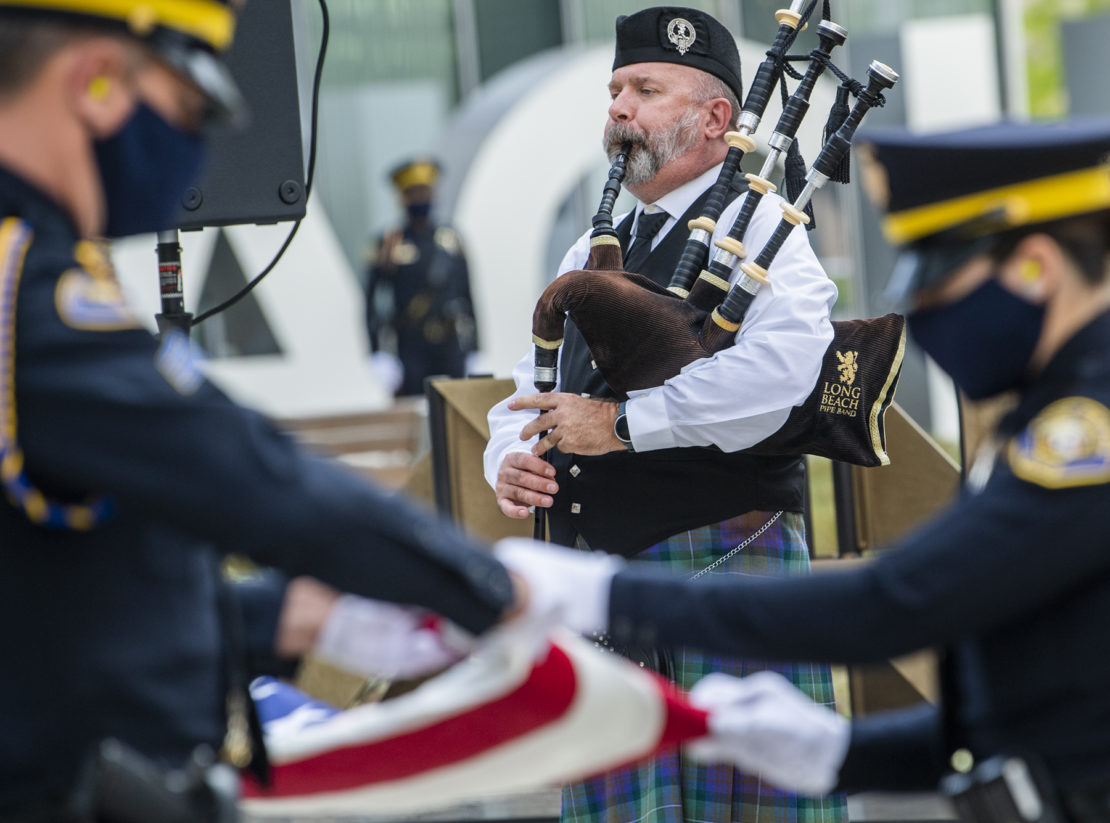 Don Dixon plays “Amazing Grace” as the American flag is folded at the conclusion of the Long Beach Police and Fire Memorial Ceremony in Long Beach Tuesday, May 4, 2021. Photo by Thomas R. Cordova.

After opening remarks from members of the fire and police top brass, the 14 firefighters who died were honored with a “last alarm” ceremony in which a bell was rung after each name was read aloud.

“They were taken from us far too early,” Fire Chief Xavier Espino said.

Similarly, the 29 police officers killed in the line of duty were honored with a 21-gun salute. Police stopped traffic along Ocean Boulevard as seven officers fired blanks into the air.

Tuesday’s ceremony was hosted mostly as a virtual event. Only a few members of the media were allowed to attend in person due to COVID-19 restrictions.