At least two Long Beach companies, including rocket maker Virgin Orbit, are working to mass-produce ventilators amid a national shortage of the life-saving devices.

Virgin Orbit has been consulting with the Bridge Ventilator Consortium led by UC Irvine and the University of Texas to build the devices that help patients breathe.

Mayor Robert Garcia said at a Monday afternoon press conference that, pending FDA approval, the company is ready to start construction and production within a few weeks.

Virgin Orbit CEO Dan Hart said in a statement he has never seen designs move so quickly in response to the national health crisis.

“We are all heartbroken each night as we turn on the news and see the predicament facing doctors and nurses as they heroically work to save lives,” Hart said. “I have never seen our team working harder.”

Long Beach industrial design firm Nectar Product Development says it also has the capacity to mass produce ventilators that are needed to help a majority of critically ill patients survive COVID-19, the disease caused by the novel coronavirus.

The company is vying for a contract with the state of California to produce thousands of ventilators, according to its CEO Darren Saravis.

The nation’s supply of ventilators has been a chief concern in the battle against coronavirus because COVID-19 can cause respiratory distress. Ventilators help support a critically ill patient’s lungs while their body fights the virus.

A 2018 analysis from Johns Hopkins University Center for Health Security estimates the entire country has about 160,000 ventilators, which experts believe will not be enough for people who need them.

Ventilators are sophisticated medical devices that aren’t easily mass produced because, up until now, there hasn’t been the demand for them. They also rely on the global supply chain, according to Saravis. His company has developed ventilators before, but when coronavirus began spreading around the world, his team pivoted to figure out how to mass produce them with parts supplied within the United States, he said.

“The ventilator has a limited feature set, is quick to assemble, and has a small number of readily available parts, resulting in a dramatically lower cost per unit than ventilators currently on the market,” the company’s site, Breath Direct says. Their ventilators can serve about 90% of patients with critical care needs, according to Saravis. 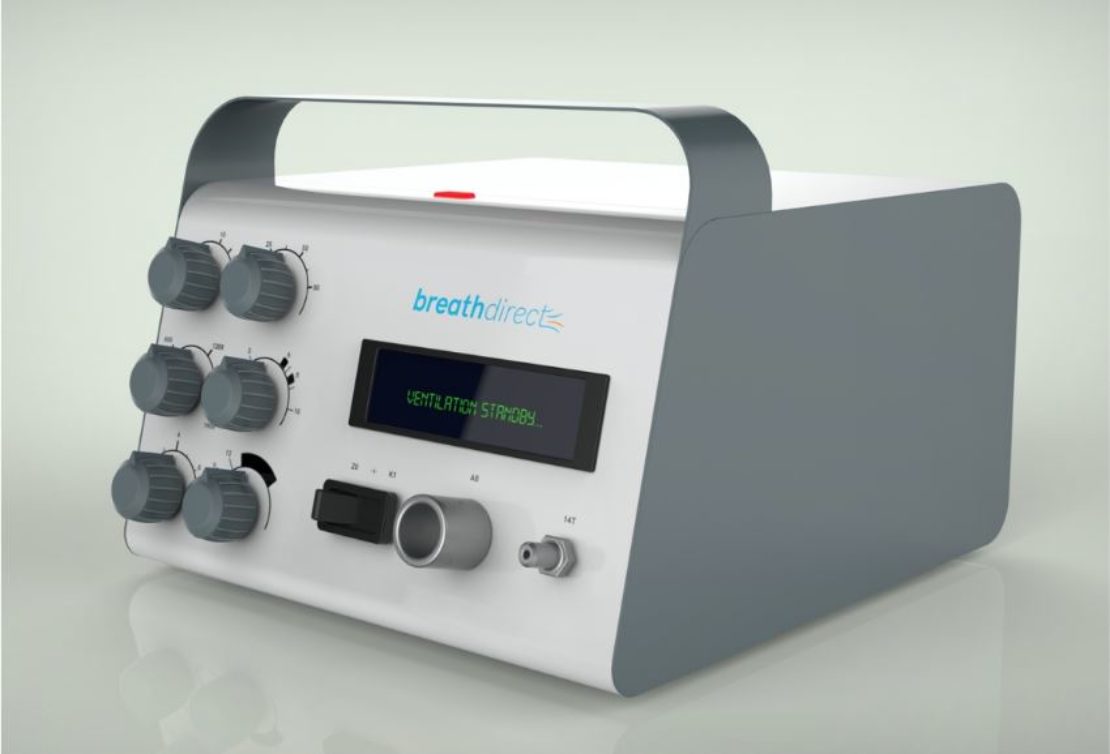 BreathDirect, owned by a Long Beach design firm, has developed a ventilator that can be mass produced. Courtesy of BreathDirect.

Some of that timing will depend on approvals from the Food and Drug Administration, according to Reuters.

“We believe that we are the only option out there that can get this many ventilators out there this quickly,” Saravis said. “The world needs to know we have this option.”

The ventilators will be manufactured at a FDA registered facility in Silicon Valley, Saravis said.