A field of 1,800 runners competed in today’s 37th annual Long Beach Marathon, including 15 who had completed all 36 previous editions of the race.

“Today was a lot of fun, I mean it’s always fun to win, but it was fun to get out to an event and see so many people,” the 42-year-old Richardson said. “I know there’s a lot of changes even with COVID, but the organizers did a great job. It’s always nice to come down to sea level and we’re right at sea level here at the finish line looking at the ocean.”

“It was a harder than anticipated, I guess I haven’t raced in awhile,” Keating said after completing her first Long Beach Marathon in 10 years. “It’s exciting to get back out there again and get the work in. Today was such a great atmosphere, just the energy is great and there we’re a lot of people along the course from the community cheering us runners on.” 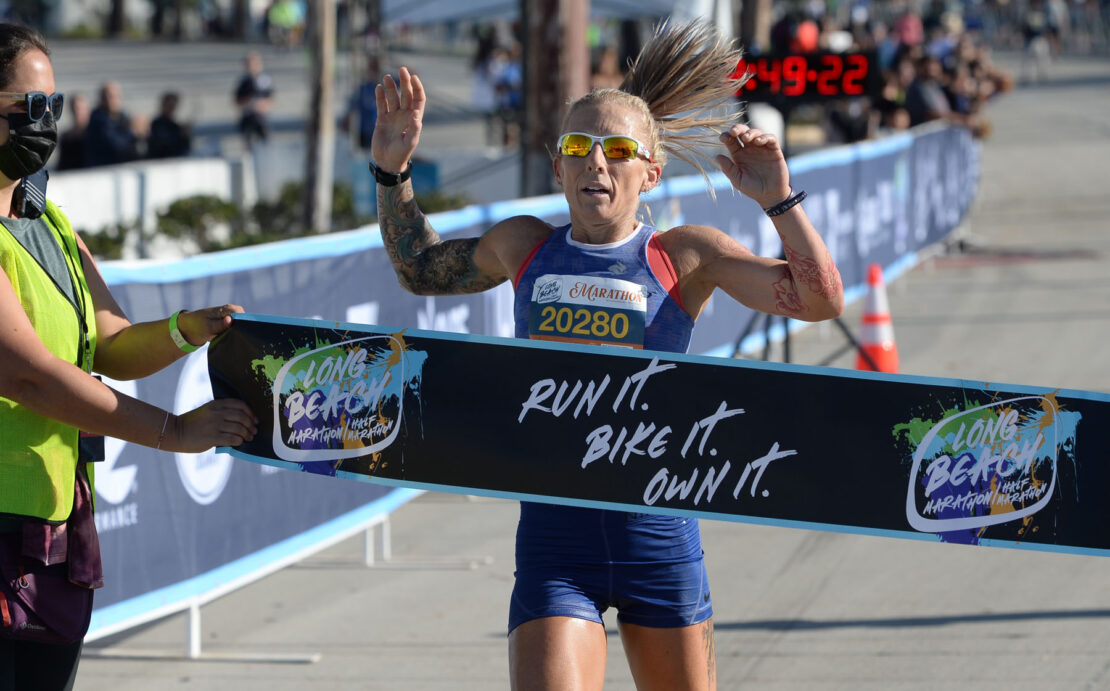 In the men’s race, Nicholas Spector of Costa Mesa was second with a time of 2:29:25, and 2019 Long Beach Marathon champion Nate Clayson of Saratoga Springs, Utah, was third in 2:29:36.

Payton Golwas, a student at Cal Poly San Luis Obispo, finished second in the women’s race in 2:53:10, while Jenna Crawford of Huntington Beach was third in 3:08:53.

Runners from 44 states and 19 nations competed, with a 50/50 gender breakdown and approximately 20% running their first marathon or half-marathon,Cruz said.

“It was good, it’s been a while since I raced this long. The goal was just to get out there and run hard,” said Pasternak, who was racing Long Beach for her first time. “To have her (Kayla) to chase those last few miles and then I tried to make a move at the very end after pushing along the straightway back on Ocean Boulevard, I could see the turn and I just tried to hold on.”