Early voting returns show Councilmember Rex Richardson with a 6.8 percentage-point lead in the Long Beach mayoral race over Councilmember Suzie Price, leaving him poised to become the city’s next mayor who will be expected to confront the homelessness crises, a looming budget shortfall and concerns about rising crime.

Richardson so far has 53.4% of the vote to Price’s 46.6%, a margin that narrowed from a 10-point lead earlier in the night when only mail-in ballots and early voting results had been tallied.

Richardson entered his election night party just before 9:30 p.m. where he addressed his supporters and declared victory. He referenced residents in West Long Beach who have dealt with health issues because of the polluted air they breathe daily, students who are concerned about finding affordable housing in the city, people experiencing homelessness on the streets and children growing up in North Long Beach with big dreams and wondering if the city “has their back.”

“Tonight, as the next mayor of Long Beach, I can tell you the answer is yes,” Richardson said.

The early election results are not final and could change significantly as provisional ballots and mail-in ballots postmarked by Election Day continue to trickle in. Richardson’s lead currently stands at 3,859 votes. Because ballots may still be in the mail, it’s unclear how many remain to be tallied. The Los Angeles County Registrar-Recorder/County Clerk’s office said the next vote totals will be released Friday, and the updates will continue through Dec. 5 if needed.

Despite the early results, Price, at her election night party at The 908 restaurant at Long Beach Exchange, said she is “very, very confident that I’m going to be your next mayor.”

Joined by her family, Price addressed her constituents minutes after the first batch of election results were released.

“It’s very hard to find a politician who will commit to you at the outset and mean it. My heart is here, I’m not going anywhere; I am about service here, my eyes will be here,” she said. 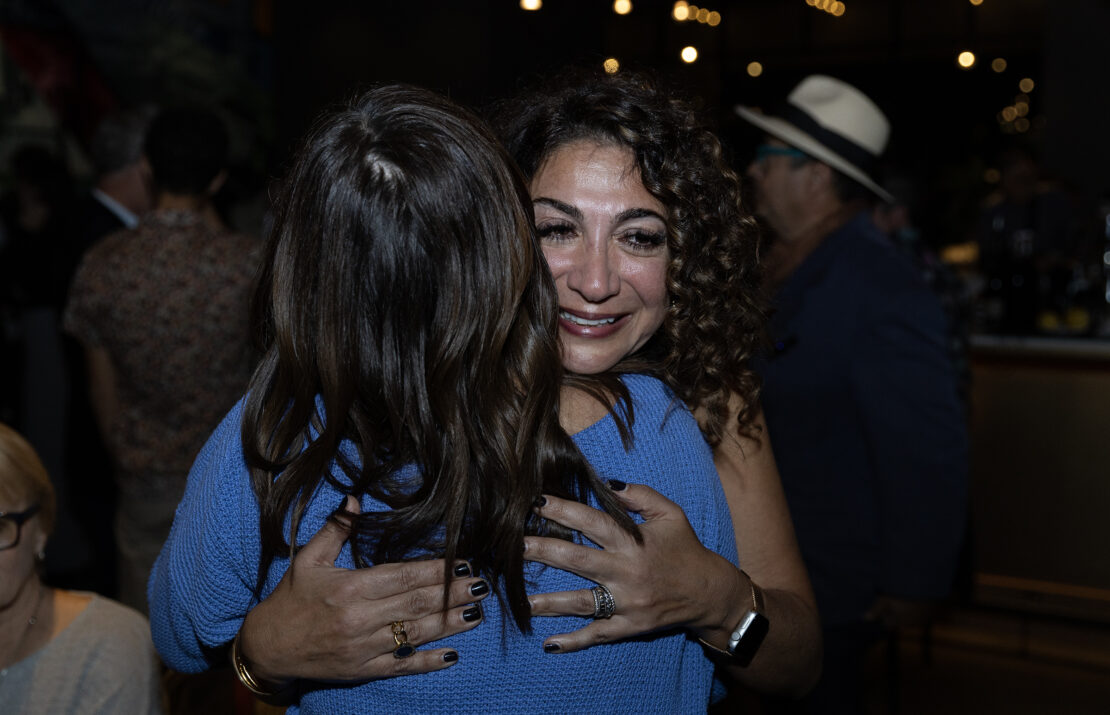 Richardson, 39, became one of Long Beach’s youngest-ever council members when he was elected at 30 years old in 2014. He’s championed liberal causes on the City Council such as initiatives aimed at diverting youthful offenders away from prison, programs to help first-time homebuyers and an ordinance instituting hero-pay increases for grocery workers during the pandemic.

Richardson has been the favorite in the mayoral race, emerging from the primary with a 7 percentage point lead over Price, 49, an Orange County deputy district attorney. If his lead holds, he will become the city’s first Black mayor and could head a City Council stacked with allies after it is sworn in later this year.

The winner of the mayor’s race will take office at a time when more voters think Long Beach is headed in the wrong direction than the right direction, according to a recent poll by the Long Beach Center for Urban Politics and Policy. Homelessness, crime and housing were overwhelmingly the most common issues respondents cited as the biggest issues facing the city.

The race between Price and Richardson was marked by historic spending. Richardson’s campaign raised $945,000 and Price took in $1.3 million.

Those numbers were also bolstered with cash spent by independent expenditure committees trying to get their preferred candidate elected. The committees have spent roughly $2 million total, much of it on an avalanche of ads and political mailers that often took aim at their opposing candidate.

Price and Richardson were the biggest names to jump into the race after Mayor Robert Garcia announced he was running for Congress. Garcia, who endorsed Richardson, also appears headed to victory with 63.8% of voters supporting his run to replace Congressman Alan Lowenthal.

If Price does indeed lose when the final votes are tallied, it could mean the end of her political career. She told the Long Beach Post’s Jackie Rae back in October that this was the last office she planned to seek.

Her term on City Council ends on Dec. 20, when the winning candidates will take office.

Editor’s note: This story has been updated with more current results.