Three-time Paralympian Angela Madsen died at sea over the weekend while attempting a solo row from Southern California to Honolulu. Madsen was about halfway through her record-setting solo row when she stopped responding to messages on Sunday.

A cargo ship enlisted by the U.S. Coast Guard discovered Madsen in the water with her boat, Row of Life. Madsen was 1,100 miles and 60 days into her journey. She turned 60 at sea on May 10.

Madsen’s wife, Deb Madsen, confirmed her passing Tuesday in a Facebook post to the official Row of Life page.

Madsen’s last social media post on Saturday documented her need to climb out of the boat to make repairs.

“Tomorrow is a swim day,” she wrote. “I have to reshackle my bow anchor bridle in case there is a big storm. It came undone some time ago. I’ve been using the stern.”

Deb Madsen said her wife stopped responding to messages on Sunday. She said the tracking of Madsen’s boat on Sunday showed she was not rowing, but drifting.

“She was about as far from any land as she could get and the communication can be a challenge, I was hopeful but still had a feeling of heaviness in my chest,” her wife wrote.

A German cargo ship en route to Tahiti from Oakland, which was about 11 hours away from her, responded to the Coast Guard’s call to check on Madsen. In the meantime, the Coast Guard sent a C-17 for a fly over, Deb Madsen wrote.

The plane spotted Madsen in the water. She was tethered to her craft, apparently deceased. When the ship arrived around 11 p.m. Monday, they found Madsen and recovered her body.

“RowofLife is adrift and we are working on its recovery,” Deb Madsen wrote. “Angela is now en route to Tahiti without me, which was not our agreement.”

“Angela was living her dream,” she said. “She loved being on the water.” 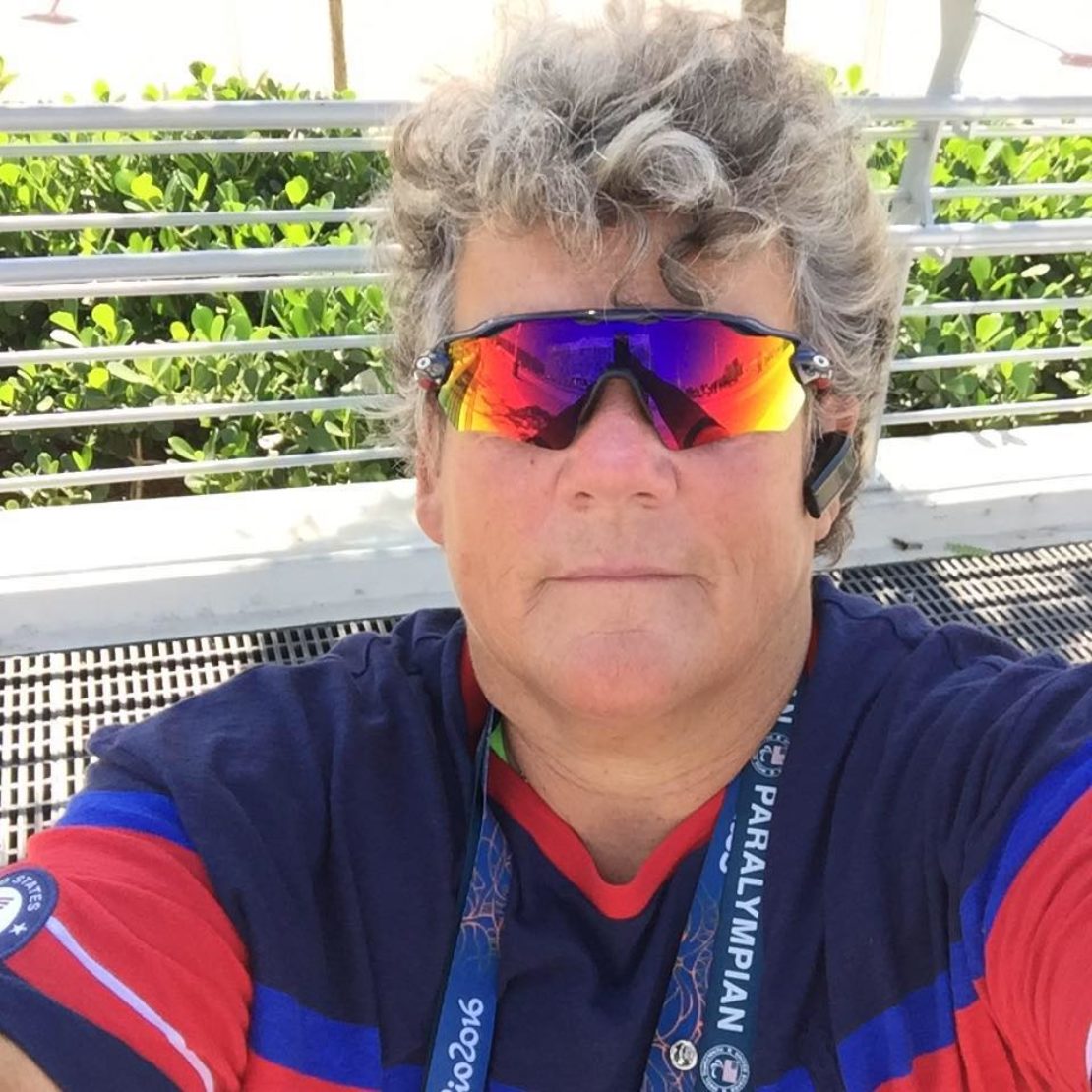 Madsen’s story was one of overcoming tragedy and adversity. She was a Marine Corps veteran who became a parapalegic in 1993 after a failed surgery on her back.

After losing her job and home, Madsen rebounded in the late 1990s after discovering rowing and adaptive sports. She rowed across the Atlantic Ocean twice and was a three-time Paralympian, competing in rowing in the Beijing Games in 2008, the shot put in the London Games in 2012, and the shot put and Javelin in Rio in 2016, earning a bronze in the shot put in 2012.

After successfully rowing from California to Hawaii with a partner in 2014, she embarked on her second attempt to become the first paraplegic, first gay athlete, and oldest woman ever to make the trip solo when she passed.

A well-known local disability rights and LGBTQ+ activist, Madsen was the grand marshal of the 2015 Long Beach Pride Parade.

“Angela brought unrivaled passion, joy and determination to the world, and we were the lucky ones to have her come into our lives as a member of the Paralympic family,” said Cathy Sellers, retired director of U.S. Paralympics Track & Field, in a statement. “She was tireless in all that she did, but I always appreciated her advocacy for embracing all types of diversity in sport. She was committed to teaching and educating the next generation of Paralympic athletes and gave selflessly to mentor, coach and teach others.”

In Madsen’s final Facebook update on her journey, she gave some insight into how grueling the journey was as she attempted to traverse 2,500 nautical miles in a 20-foot rowboat, with a small hatch to sleep in.

“Tighten the hatches, grab more spam tuna snack packs, porta potty pee bottle, and I can live in this cabin for a week never having to go out on deck,” she wrote. “The plan if I have to ride out a cyclone.”