Long Beach officials on Tuesday released the racial breakdown of those who have died from the coronavirus in Long Beach, noting that disparities exist across the board.

Of the 38 people who have died from COVID-19 locally, 11 of them were African American. That amounts to 28.9% of the deaths even though African Americans only account for 12.9% of Long Beach’s population. This follows information about the disparity in hospitalizations from coronavirus that officials have been noting for weeks.

COVID-19’s inequitable effect on black residents is new, but racial health disparities are not

A total of 15 white people have died from COVID-19, making up 39.5% of the deaths. White residents account for 28.1% of Long Beach’s population.

Eight Latino residents have died from the virus. That is 21.1% of the fatalities when Latinos make up 42.5% of Long Beach’s population. 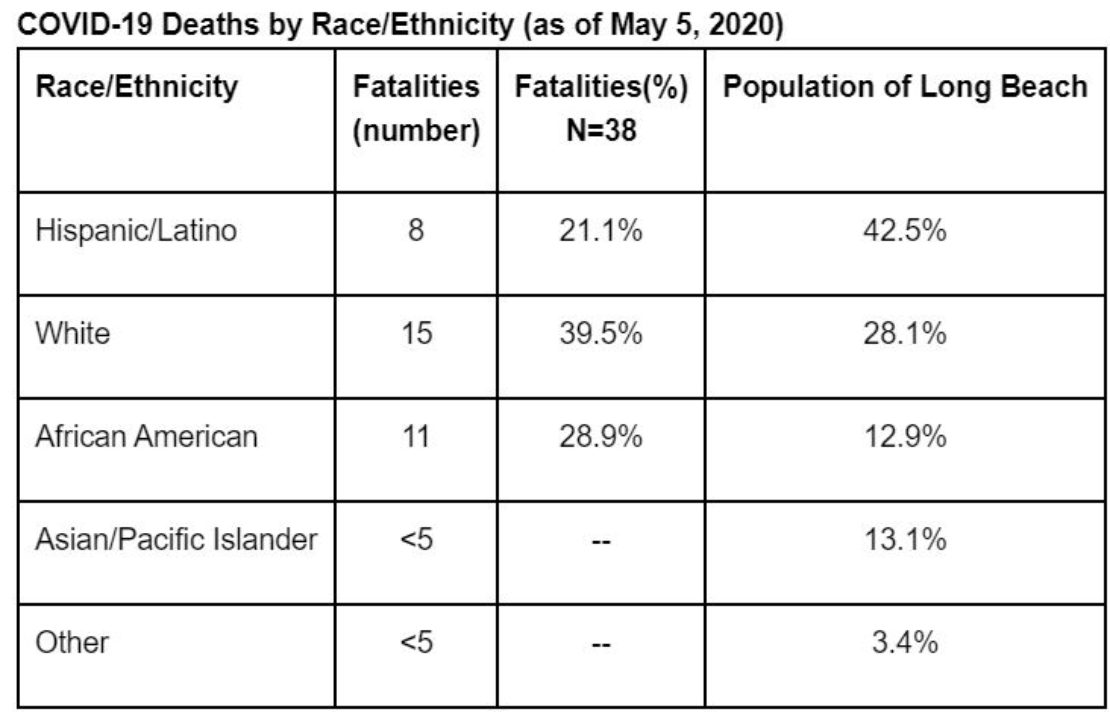 In the data released Tuesday, officials also said there’s been one new death from the coronavirus, bringing the city’s total to 38. All fatalities have happened in patients with underlying health conditions and 31 deaths are associated with long-term care facilities.

There are also 21 new cases reported in the city, bringing the total to 789. A total of 48 people are currently hospitalized.

City officials also announced they will host a Spanish language telephone town hall on Thursday at 1:30 p.m. Those interested in participating can call 855-756-7520, ext. 60378#.