A Long Beach resident in their 40s was infected with West Nile virus this week, marking the city’s first human case of the mosquito-borne virus this year, officials said Friday.

The resident was recovering at home, but Long Beach health officials warned residents to be mindful of mosquitos potentially carrying the virus now that they know it’s present in the city.

“As we approach Labor Day weekend enjoyment, this is an important reminder for people to continue to take steps to avoid mosquito bites,” City Health Officer Dr. Anissa Davis said in a statement. “Everyone needs to take steps to prevent mosquito-borne diseases.”

West Nile virus is most commonly spread to humans by infected mosquitoes. While most people show no symptoms, it can cause fever, body aches, rash, nausea, vomiting and headache. In rare cases—about one in 150—patients suffer more serious symptoms such as brain inflammation or paralysis.

West Nile cases have been relatively low in recent years, according to data from the city. 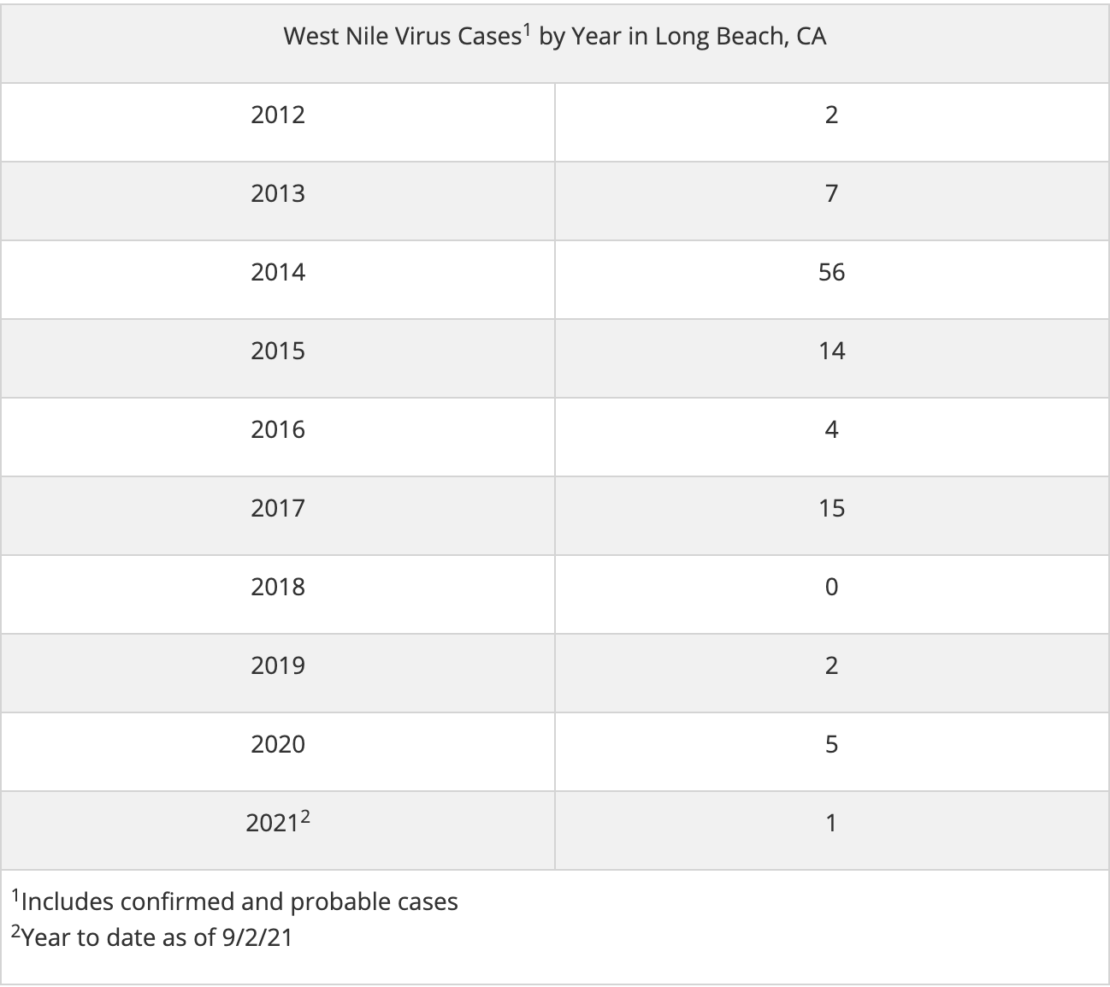 West Nile cases in humans by year, according to Long Beach health officials.

There have been 32 human cases of West Nile reported across the entire state so far this year—five of which were in Los Angeles County, according to Long Beach.

In a news release, city officials said residents can help combat the disease by taking the following precautions:

Long Beach reported no cases of West Nile virus in 2018, but invasive mosquito species is on the rise